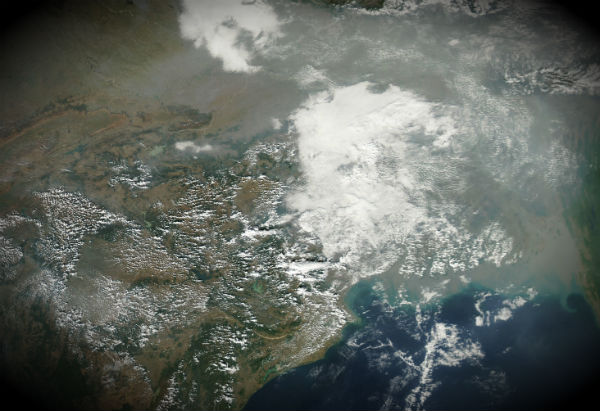 Smoke from agricultural fires continues to plague northern India and its eastern neighbor, Bangladesh. On the image bellow you can see the smoke which is in fact thickest over the latter state, obscuring much of the land below, although the mouths of the Ganges are partially visible by the right edge. 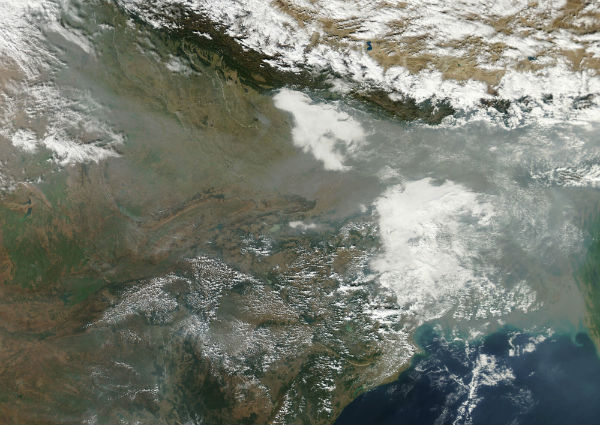 Farmers in the Indian state of Punjab have been using fire to clear the fields of weeds and residue from previous years’ crops and to add nutrients to the soil. On December 10, the smoke can be seen spreading southward and veiling most of the western half of the country. 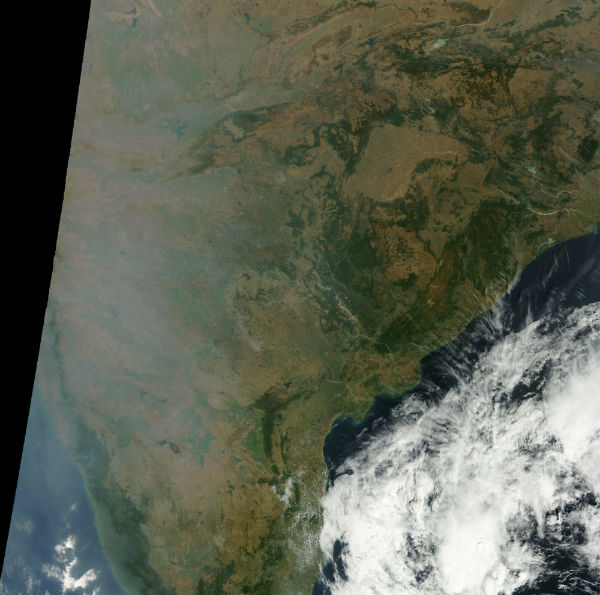 Smoke from fires in northwestern India blows towards the southwest, over the India-Pakistan border near the Arabian Sea on December 8, 2012. The smoke stretches across the coastline from the mouth of the Indus River, in Pakistan, past the Gulf of Khambhat, in India (bottom right). Visible between the two, through the veil of smoke, are the Rann of Kutch and the Gulf of Kutch. 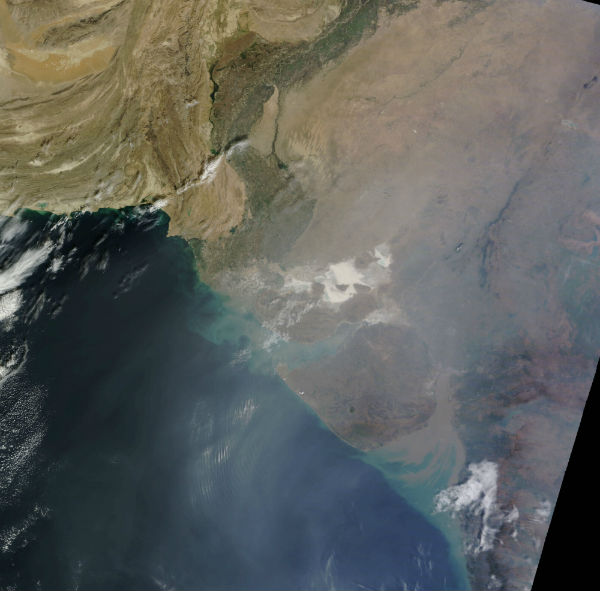 Smoke from fires in India’s Punjab state spreads eastward along the foot of the Himalayas (upper right quadrant) and westward and southwestward towards Pakistan. Partially visible through the veil of smoke on December 7, in the lower left quadrant, is the Gulf of Khambhat, famous for its extreme tides. 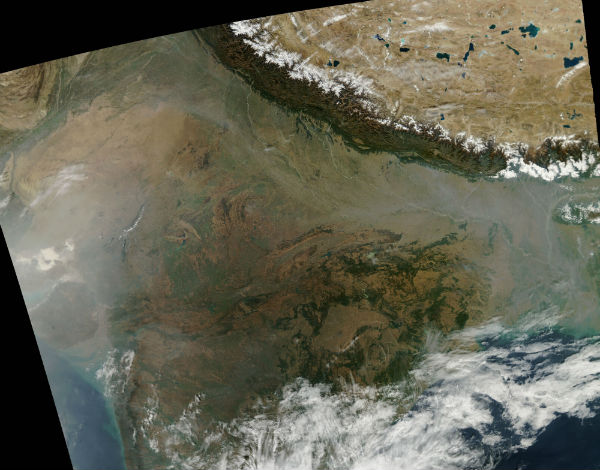 A band of smoke floats across this image bellow from December 6, parallel to the Himalayas. The smoke appears thicker to the west, closer to the area of origin: fires in northwestern India. Although thinner, the cloud of smoke also reaches eastward into Bangladesh. The Ganges River becomes visible crossing northern India into Bangladesh as the smoke thins. The Brahmaputra River can also be seen flowing westwards and then southwards from the center left edge. 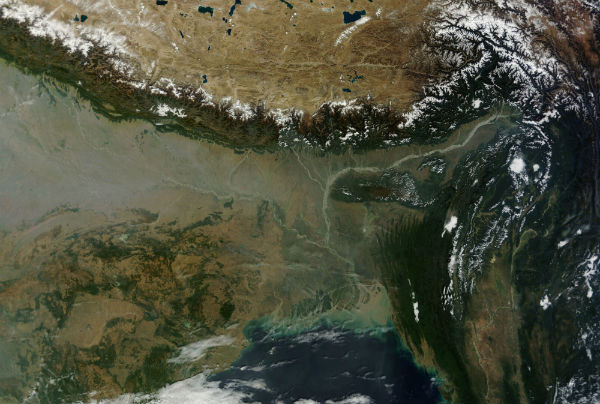