Flooding along the Brahmaputra River in northeastern India (satellite view)

The fast-rising river affected settlements along its banks, including Tezpur and Guwahati. Satellite images by MODIS/Terra and Aqua satellites show a stretch of the Brahmaputra River, which flows through northeastern India en route to Bangladesh. 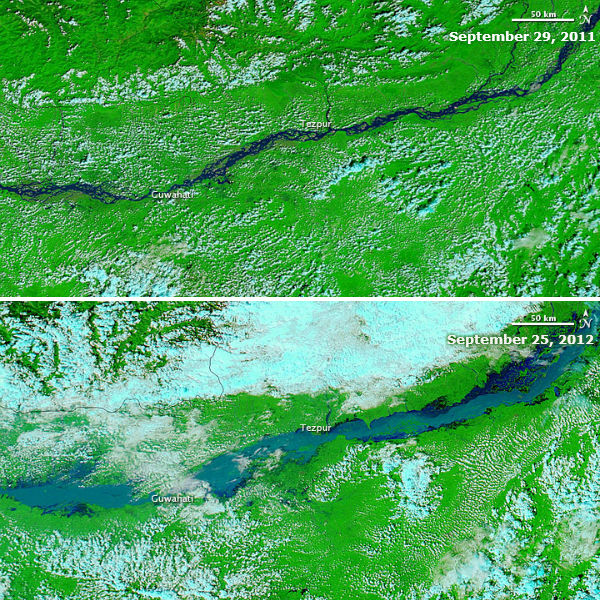 This is the third time this year that Brahmaputra River is pushed over it banks. The Brahmaputra has flooded in June and in August.