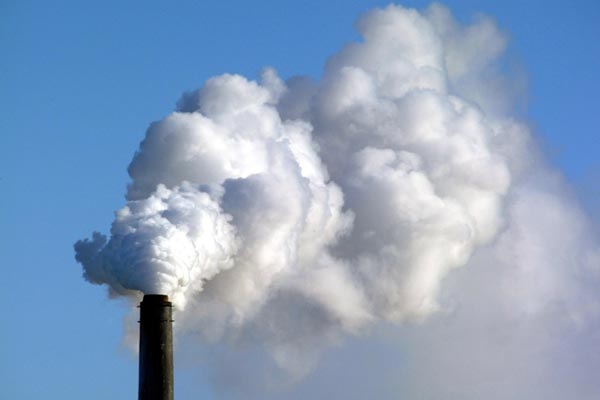 Does the term “Carbon capture and storage” ring a bell in your mind? Wikipedia defines it  as a “technology attempting to prevent the release of large quantities of CO2 into the atmosphere from fossil fuel use in power generation and other industries by capturing CO2, transporting it and ultimately, pumping it into underground geologic formations to securely store it away from the atmosphere.” Current methods of carbon capture being highly expensive, are not considered practical commercially. Additionally, they need enormous heat for carbon extraction and pose environmental threat due to toxic emissions from amines used to absorb carbon.

A team comprising  researchers from renowned institutions have invented material named NOTT-300 to address concerns stated above. This absorber material, made from aluminium nitrate salt, cheap organic materials and water brings new hopes. Researchers say it is non-toxic and energy consumption for carbon capture is comparatively lesser. Sihai Yang, corresponding author of project from the University of Nottingham said,

“I feel this can been viewed as a revolution to a certain degree. It is non-toxic, and zero heating input is required for the regeneration. There is promising potential to overcome the traditional amine material on both environmental and economic grounds.”

Research team claims that this material captured approximately 100% CO2 out of a mixture of gases during experiments, which may dip to no less than 90% in “dynamic conditions” of real power stations. This proves suitability of this new absorber material in Carbon capture systems. According to Dr Timmy Ramirez-Cuesta, who worked on the project at the ISIS research centre at the Rutherford Appleton Laboratory in Oxfordshire,

“When the material is saturated, the exhaust gases are diverted to the second container where the process continues,” he says.”The full container is disconnected from the system and the CO2 is removed using a vacuum and collected. The regenerated container can then be reconnected and used repeatedly.”

Professor Martin Schroeder at the University of Nottingham, who led the research, says another possible application of NOTT-300 is in gas purification. Natural gas often contains 10 per cent of carbon dioxide impurity which needs to be removed before it can be used. Scientists who conducted this research have initialized attempts of commercializing the new material with companies running carbon capture business. Research papers are published in Nature chemistry.