A team of scientists, led by the researchers at the University of New Mexico (UNM), has studied carbon emissions through fault systems in the East African Rift (EAR). The goal of the research was to gain a better understanding of carbon emissions from the interior of our planet and the effect it has on the atmosphere. This study is the first to quantify such carbon emissions.

According to experts, carbon dioxide (CO2) from Earth's interior is mostly released into the atmosphere through the degassing process of active volcanoes. However, it can also come through along the faults away from the active volcanic center in a process called tectonic degassing.

The process of global carbon emissions has not been thoroughly quantified so far, which has led the scientists to conduct an investigation. They have performed measurements of diffuse CO2 flux from the Magadi-Natron basin in the EAR between Kenya and Tanzania, the world's largest active continental rift. 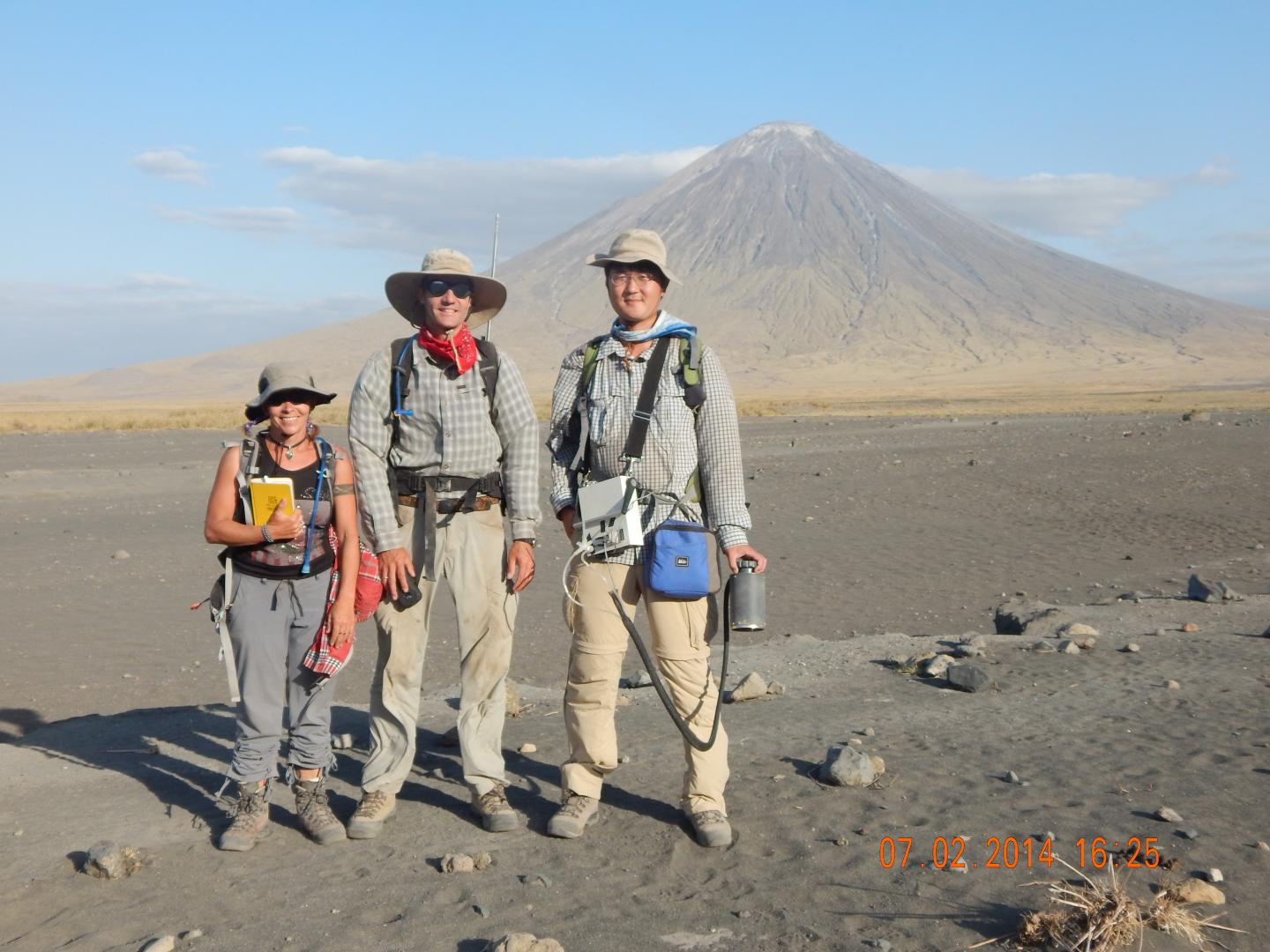 There are several active volcanoes in the region, responsible for emitting large amounts of CO2. Also, several large anoxic lakes there have stored significant amounts of the gas.

"CO2 is the main source of the greenhouse effect. Natural carbon emissions come from volcanoes and are derived from magma. Mostly, people have thought the major sources of magmatic emissions have come through active volcanic events. Our research is the first attempt to quantify magmatic CO2 gasses from non-volcanic and continental rift regions," said Hyunwoo Lee, a Ph.D. student at UNM, lead author of the study.

The scientists have used an EGM-4 CO2 gas analyzer with a cylindrical accumulation chamber to measure diffuse CO2 flux. Following the procedure, the gas samples were diverted from the chamber into pre-evacuated glass vials to carry out gas chemistry and carbon isotopes analysis inside the UNM laboratories.

Elevated levels of carbon dioxide flux have been measured along fault zones in the Magadi-Natron basin, which indicates that faults indeed act as permeable pathways facilitating the ascent of deeply-derived CO2. This particular study area represented a conservative 10% of the entire Natron-Magadi region.

The data gathered from all samples have been compared to the data from the active volcano Oldoinyo Lengai. Results showed carbon isotope compositions which suggest a strong magmatic contribution to the observed levels of CO2.

James Muirhead, a Ph.D. student at the University of Idaho, has researched the relationship between the structure of the faults and the gas they released. He was also interested in control mechanisms for carbon dioxide flow from the depth and what is the exact volume of gas released by the faults.

"We found that about 4 megatonnes per year of mantle-derived CO2 is released in the Magadi-Natron Basin, at the border between Kenya and Tanzania. Seismicity at depths of 15 to 30 kilometers detected during our project implies that extensional faults in this region may penetrate the lower crust," Lee said. 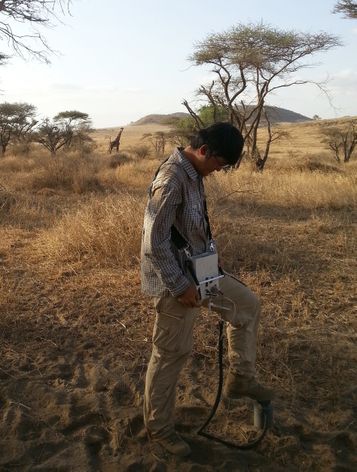 Lead author Hyunwoo Lee gathers CO2 samples at the East African Rift with some of the native wildlife in the background. Image credit: UNM

The research concluded that the ultimate source of the CO2 is the lower crust or the mantle, consistent with the carbon isotopes measured in the gas. The results indicate that CO2 is transferred from the upper mantle or lower crustal magma bodies along the deep faults.

The estimation shows that 71 megatonnes of CO2 are being released yearly by the entire Eastern branch of the rift system. For comparison, the entire global mid-ocean ridge system releases between 53 and 97 megatonnes per year.

"It is often argued that large volcanic eruptions instantly transfer significant amounts of CO2 and other gasses into the atmosphere where they affect the global climate over a few years. On human time-scales, continental rifting is extremely slow at spreading rates of mm’s per year but on geologic time-scales, rifting can be considered a catastrophic continental break-up event," Fischer said.

"Widespread continental rifting and super-continent breakup could produce massive, long-term CO2 emissions and contribute to prolonged greenhouse conditions like those of the Cretaceous," Lee added.

Measured quantities suggest the large-scale rifting events could have a significant role in heating up the atmosphere and perhaps ending global ice ages.

"It is important to note, however, even when including the newly quantified CO2 emissions from the EAR in the global CO2 budget, natural emissions are dwarfed by emissions from fossil fuel use, which were 36 gigatons of CO2 in 2013. This comparison shows that humanity is currently emitting the equivalent of 500 East African Rifts in CO2 to the atmosphere per year," Fischer added.

Cindy Ebinger, a professor of earth and environmental sciences at the University of Rochester, coordinated field activities near the Kenya-Tanzania border and analyzed earthquake patterns within the rift zone.

"The unique coupling of gas chemistry and earthquake studies made it possible to discover the escape of gas along permeable fault zones that serve as conduits to the surface. The work also allowed us to document the process of crustal growth through the formation of igneous rocks from magma in early-stage continental rift zones," said Cindy Ebinger, a Professor of Earth and Environmental Sciences at the University of Rochester. 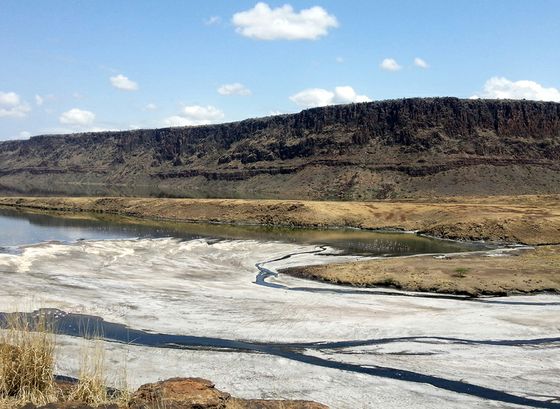 To find better constraints to how much deeply derived CO2 comes from natural systems, the scientists are planning to conduct further measurements of diffuse CO2 flux and collect gas samples from other areas in the EAR.

"Because some geological settings, for example, fault zones, have never been paid attention to, global CO2 flux from natural systems are obviously underestimated. Although there are still many ongoing studies to find better ways to quantify CO2 flux from active volcanoes, we expect this study to trigger more research on CO2 output from non-volcanic areas," Lee concluded.