A high-level activity of Mount Egon caused over 1 200 people to evacuate from local three villages in the eastern Flores Island, Indonesia on the morning of January 17, 2016 (local time). The eruption status was raised to high alert, and more evacuations might be necessary.

"Thousands of people from three villages, namely Baukrenget, Lere and Welinwatut, have been evacuated. The evacuation started at 7 a.m., local time, on Sunday, using 21 trucks. The evacuation was conducted because sulfur smells emanating from Egon had been getting stronger," Sikka Natural Disaster Mitigation Agency (BPBD) head Silvanus Tobi stated. 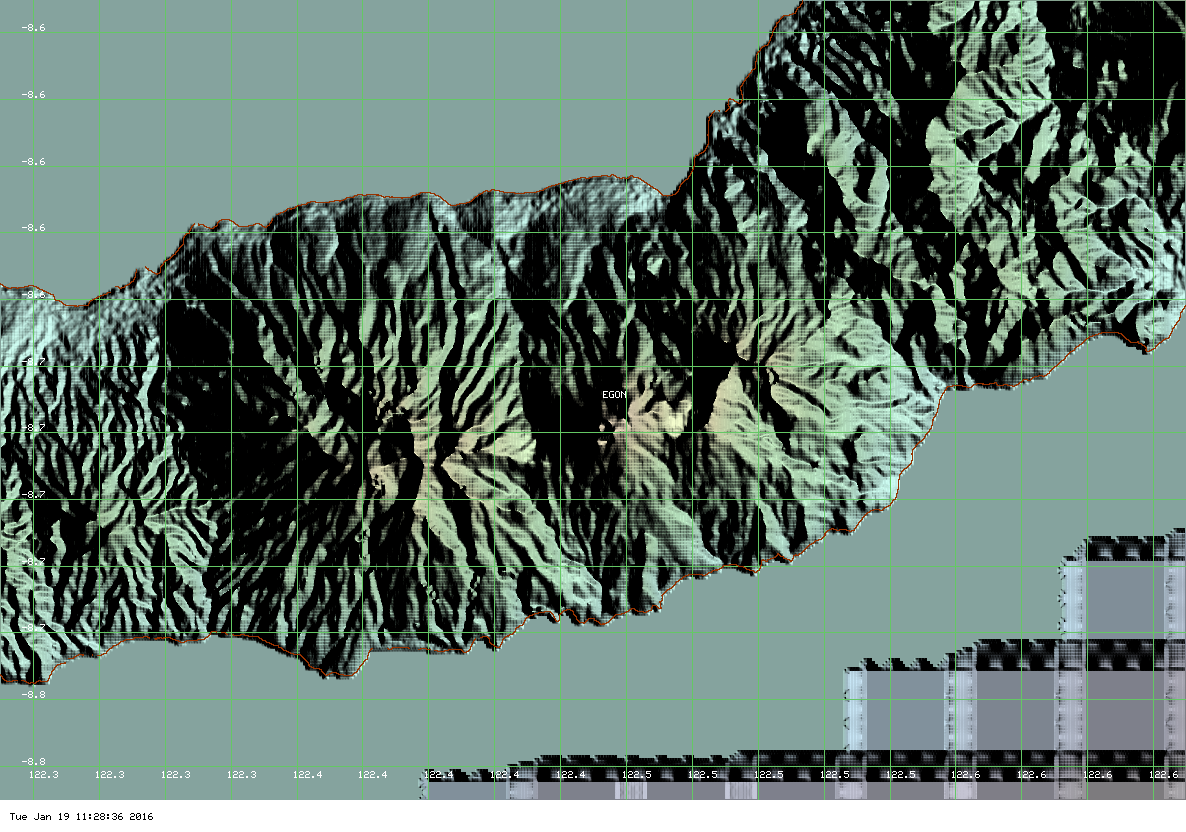 The eruption warning remained in place on January 18, as increased sulfur smells from the volcano have been observed, Volcano Discovery reports. The exclusion zone around Mt Egon extends in a 3 km (9 842.5 feet) radius from its summit only, but in case a larger eruption occurs, it will be extended much further, particularly around rivers draining from the mountain.

An increase in seismic activity in the area was observed on the morning of January 13 when a level 3 (on a scale of 1-4) eruption warning was issued. Locals residing at the feet of Mt Egon were evacuated for safety reasons and an exclusion zone was first extended to a 3 km (9 842.5 feet) radius around the crater. Increased sulfur smells were also reported on the occasion.

Seismic unrest was first detected at the volcano on December 15, 2016. The alert level rose to waspada, meaning watch (2 on a 1-4 scale). At the time, it was recommended not to approach the crater within a 1.5 km (4 921.3 feet) radius, due to a threat of unexpected explosions from the volcano.

According to Pusat Vulkanologi dan Mitigasi Bencana Geologi (PVMBG), the seismicity at Mt Egon was at baseline levels in the period between October and November 2015, characterized by an average of one daily event of both deep and shallow volcanic earthquakes.

The network recorded 29 shallow earthquakes on December 15, a number significantly above baseline, GVP reports. PVMBG raised the alert level to 2 on the occasion and advised people to stay 1.5 km (4 921.3 feet) away from the crater.

Silvanus said the BPBD was still waiting for instructions from the PVMBG in Bandung, West Java, before carrying out larger evacuations: " We are on full alert and ready to carry out evacuations at any time."

Gunung Egon volcano sits astride the narrow waist of eastern Flores Island. The barren, sparsely vegetated summit region has a 350-m-wide (1 148.3 feet), 200-m-deep (656.2 feet) crater that sometimes contains a lake. Other small crater lakes occur on the flanks of the 1 703-m-high (5 587.3 feet) volcano, which is also known as Namang. A lava dome forms the southern 1 671-m-high (5 482.3 feet) summit. Solfataric activity occurs on the crater wall and rim and on the upper southern flank.

Reports of historical eruptive activity prior to explosive eruptions beginning in 2004 were inconclusive. A column of "smoke" was often observed above the summit during 1888-1891 and in 1892. Strong "smoke" emission in 1907 reported by Sapper (1917) was considered by the Catalog of Active Volcanoes of the World (Neumann van Padang, 1951) to be a historical eruption, but Kemmerling (1929) noted that this was likely confused with an eruption on the same date and time from Lewotobi Lakilaki volcano. (GVP)