Researchers from the University of Colorado Boulder discovered a new class of mesospheric waves by observing the high parts of the atmosphere over Antarctica. These waves seem to send constant ripples through the Earth's atmosphere and probably affect high-level winds, climate and Earth-based communications systems.

Newly discovered waves sweep through the mesosphere, the part of Earth's atmosphere beginning at an altitude of about 48 km (30 miles), every 3 to 10 hours, causing significant temperature fluctuations in a short time span.

"These waves are very large perturbations, causing up to 100-degree Fahrenheit changes in temperature in less than five hours, and every time we look, we see them," said lead author Cao Chen, a Ph.D. student in the University of Colorado Boulder’s Cooperative Institute for Research in Environmental Sciences (CIRES) and Aerospace Engineering Sciences department.

The scientists spent last 5 years operating a lidar system in Antarctica to study the remote part of Earth's atmosphere, up to 200 km (125 miles) high. To ensure constant monitoring, every winter, at least one graduate student remained at Antarctica and, over that time, at least 5 500 hours, up to 172 continuous hours, have been spent observing the atmosphere.

"This is a triumph for lidar observations. This is a surprise, a truly novel discovery, and we could not have made it without such long data sets," said Xinzhao Chu, a CIRES Fellow, and professor of Aerospace Engineering. 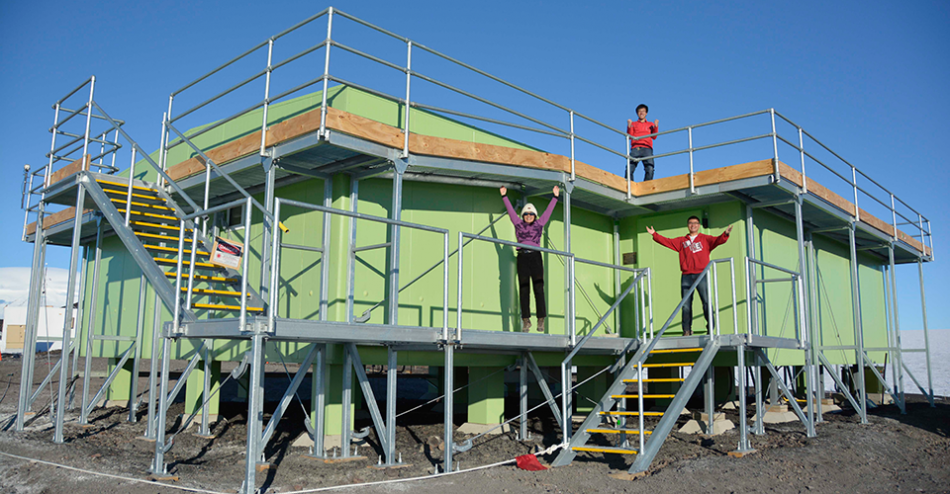 The mesosphere and lower thermosphere are situated much higher than the troposphere, where most clouds and wind patterns form and the stratosphere, where high-levels winds and ozone holes can form. Despite their remote location, the waves that form there can transfer energy to other, both lower and higher, parts of the atmosphere, thus affecting weather and climate patterns, and radio and satellite communications.

"If we can determine where these waves originate, it might help us dramatically improve climate and space weather models that try to predict how the atmosphere behaves," Chu explained.

"This discovery may shed light on a persistent issue in climate models, the so-called cold pole problem. Because of the temperature-sensitive nature of ozone chemistry, this has wide-ranging impacts on predictions of the severity of ozone depletion. These results could, therefore, be very useful for climate models focused on the polar region," said Adrian McDonald, a professor at the University of Canterbury in New Zealand who cooperated with the Chu research group, but was not directly involved in this analysis.