Temperatures at the mesosphere have been breaking 14-year records over the past few days, according to Lynn Harvey of the University of Colorado Laboratory for Atmospheric and Space Physics. This causes noctilucent clouds to spill across the Arctic and descend to middle latitudes.

"It is rare to see them here at 49 degrees latitude," said Debra Ceravolo of Osoyoos in British Columbia, Canada.

Noctilucent clouds or NLCs are the highest clouds on Earth, floating at the edge of space more than 80 km (50 miles) above the ground. These clouds form when summertime streaks of water vapor go up the mesosphere, allowing water to crystallize around speckles of meteor smoke.

"At polar latitudes, temperatures have been breaking 14-year records in the last few days," said Harvey. This is causing NLCs to descend to mid-latitudes.

"I've been waiting for years to see NLCs, and finally it happened," said Phil Halpert from London, England, on June 7, 2020.

He rushed out to take a photo of the skies as he noticed electric-blue ripples of clouds over local rooftops in Clissold Park. "This is the first time I have ever seen noctilucent clouds over London," he exclaimed. 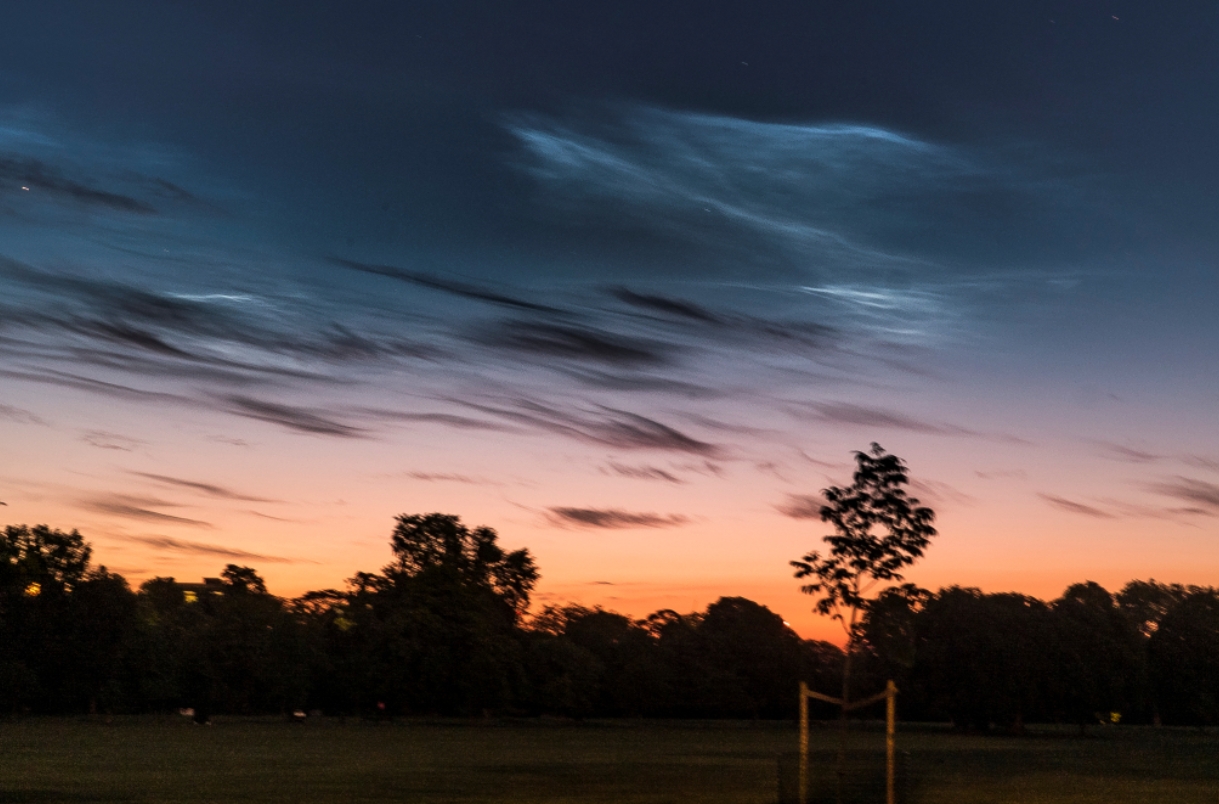 To find out more about the occurrence, Harvey looked at data from NASA's Microwave Limb Sounder (MLS), which can detect conditions 83 km (52 miles) high where NLCs form.

"These plots show that 2020 is shaping up to be a very cold and wet year," she said.

"Temperatures, in particular, are very cold. In fact, mid-latitude (35N-55N) temperatures in late May (DOY 142-148) were the coldest of the AIM record." This was since 2007 when NASA's AIM spacecraft started tracking noctilucent clouds.

Last summer, NLCs spread as far south as Los Angeles and Las Vegas, making records for being seen in low-latitudes. The phenomenon could happen again in summer as clouds are heading south, and are already within two degrees of Seattle.