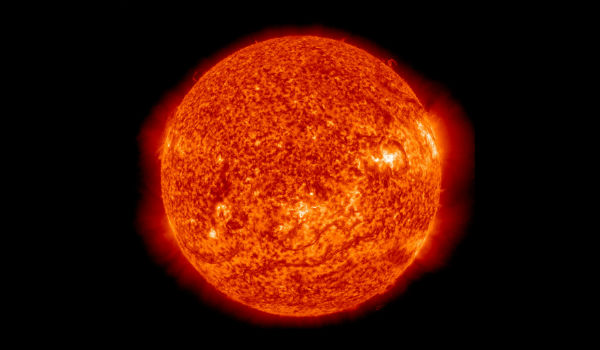 JHelioviewer is visualization software that enables everyone, anywhere to explore the Sun. Developed as part of the ESA/NASA Helioviewer Project, it provides a desktop program that enables users to call up images of the Sun from the past 15 years. Software contains more than a million images from SOHO and NASA’s Solar Dynamics Observatory, and more images are being added every day.

JHelioviewer is written in the Java programming language, hence the “J”™ at the beginning of its name. It is open-source software, meaning that all its components are freely available so people can help to improve the program. They can even reuse the code for other purposes; it is already being used for Mars data and in medical research. This is because JHelioviewer does not need to download entire data sets, which can often be huge; it can just choose enough data to stream smoothly over the Internet. It also allows data to be annotated, say solar flares of a particular magnitude to be marked, or diseased tissues in medical images to be highlighted.

Using this software, you can create your own movies of the Sun, colour the images as you wish, and image-process the movies in real-time. You can export finished movies in various formats, and track features on the Sun by compensating for the solar rotation. And the true power of the tool lies in its ability to allow cross-referencing of different aspects of the large data sets; many events observed on the Sun are interconnected and occur over vastly different temporal and spatial scales.

JHelioviewer allows you to overlay series of images from the Sun, from different instruments, and compile an animated sequence, which you can then manipulate as you watch, in order to follow a solar event from start to finish. JHelioviewer couples all solar scales: you have small-scale phenomena tying into large-scale events – it allows you to overlay the large-scale corona and small patches on the solar surface and zoom in and out as you watch the Sun’s activity evolve.

This visualization software for solar image data is based on the JPEG 2000 compression standard. JPEG 2000 offers many useful new features and has the potential to revolutionize the way high-resolution image data are disseminated and analyzed. The JPEG 2000 Interactive Protocol (JPIP) enables serving data in a highly compressed, quality-progressive, region-of-interest-based stream. These features minimize the data volume transmitted while maximizing its usability. This is especially relevant for solar physics since NASA’s Solar Dynamics Observatory has started providing more than a terabyte of image data per day.

The software is available to download for several operating systems. It is complemented by the web-based image browser found at Helioviewer.org. Hope that you will enjoy!

Credits: JHelioviewer has been developed as part of the ESA/NASA Helioviewer Project (Principal Investigators: Daniel Müller (ESA), Jack Ireland (ADNET Systems, Inc./NASA Goddard Space Flight Center)) by an interdisciplinary team of solar physicists and computer scientists. It is based on the JPEG 2000 image compression standard and written in Java and OpenGL. The server hosting the software and related JPEG 2000 files is located at the Solar Data Analysis Center (SDAC) at NASA’s Goddard Space Flight Center.