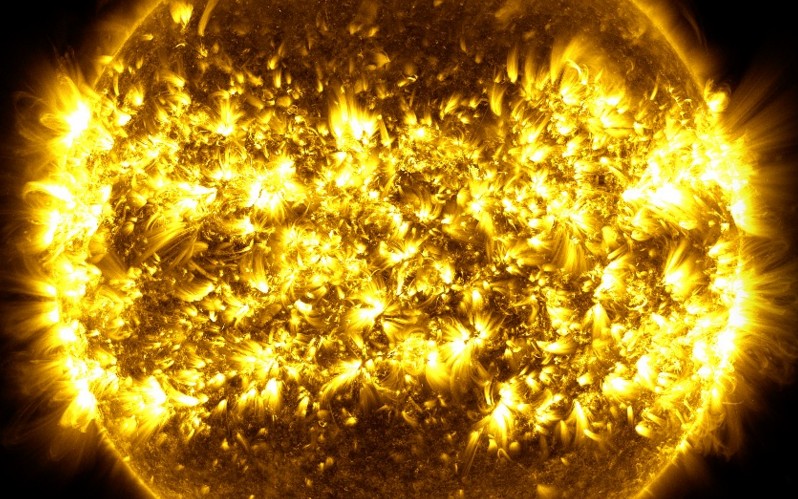 The Sun is always changing and NASA's Solar Dynamics Observatory is always watching. Launched on February 11, 2010, SDO keeps a 24-hour eye on the entire disk of the Sun, with a prime view of the graceful dance of solar material coursing through the Sun's atmosphere, the corona. SDO's sixth year in orbit was no exception.

This timelapse is repeated with narration by solar scientist Nicholeen Viall and contains close-ups and annotations.

SDO's Atmospheric Imaging Assembly (AIA) captures a shot of the sun every 12 seconds in 10 different wavelengths. The images shown here are based on a wavelength of 171 angstroms, which is in the extreme ultraviolet range and shows solar material at around 600 000 kelvins (about 1 079 540 degrees F). In this wavelength it is easy to see the Sun's 25-day rotation.

During the course of the video, the Sun subtly increases and decreases in apparent size. This is because the distance between the SDO spacecraft and the Sun varies over time. The image is, however, remarkably consistent and stable despite the fact that SDO orbits Earth at 11 065 km/h (6 876 mph), and Earth orbits the Sun at 107 925 km/h (67 062 mph).