Orange alert level was issued for economic losses. Significant damage is likely and the disaster is potentially widespread. Estimated economic losses are less than 1% of GDP of New Zealand. Past events with this alert level have required a regional or national level response.

The quake was too small to have caused a tsunami, GeoNet reported.

"So far we have received 2 974 felt reports from Hawke's Bay to Invercargill as at 18:30 NZT. The highest level of impact from our felt reports so far has been MMI 8 in central and Christchurch. This is also shown in the coloured Shake Map below – which models shaking intensity in Modified Mercalli Intensity." 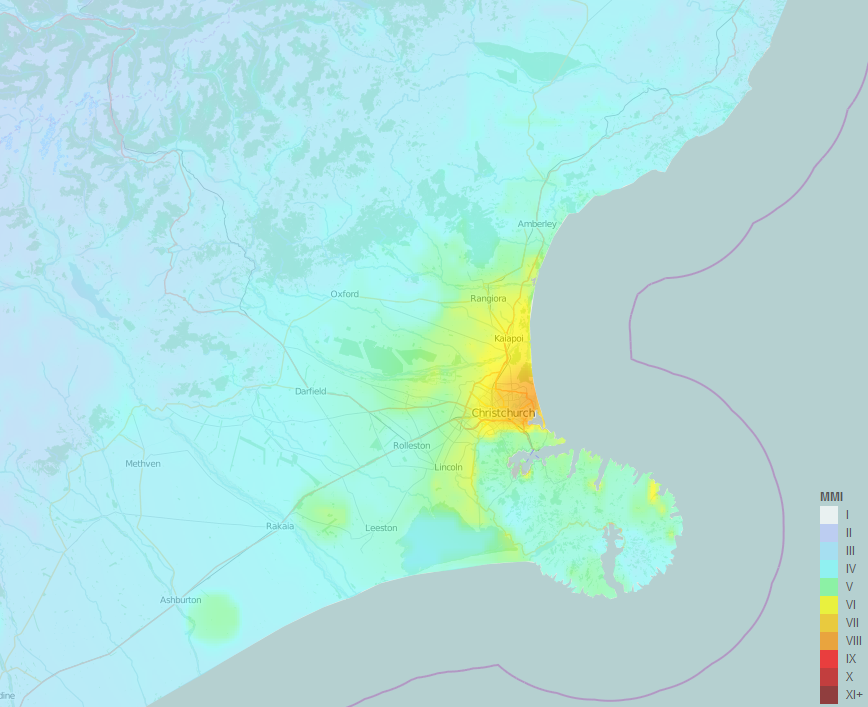 According to media reports, a cliff has collapsed in Sumner. Shelves have fallen in homes, shops and libraries. Police say at least 450 homes are without power.

"Liquefaction in Christchurch often occurs when PGA is above 0.1g and we've had many stations in northern, central, and eastern Christchurch recorded PGAs above this level. This matches the reports that have been coming in of liquefaction around the city." 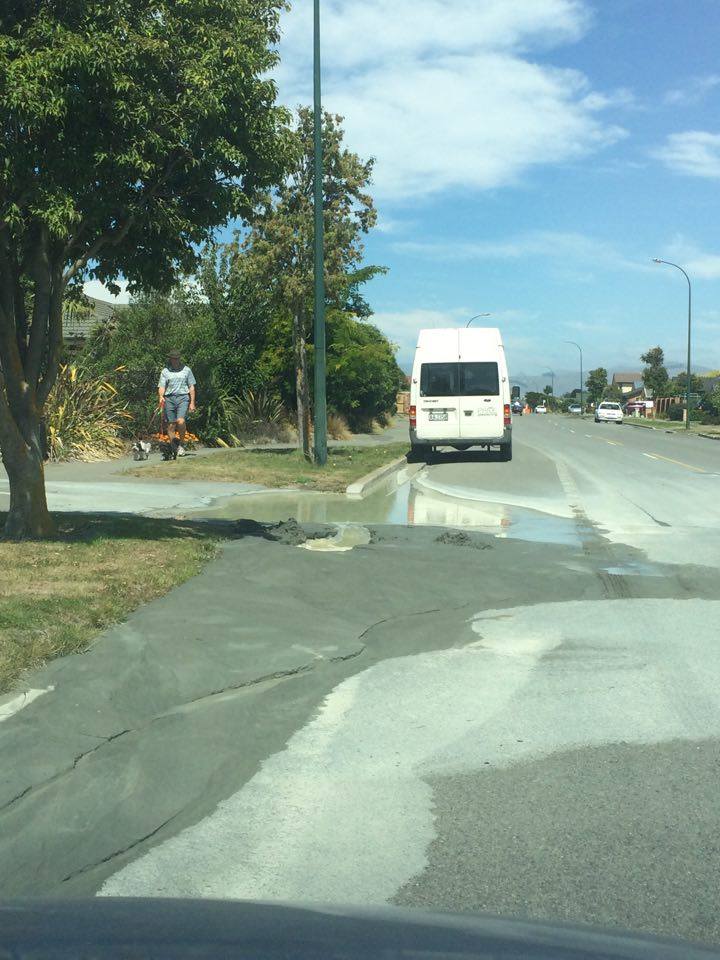 GeoNet said that the last time Christchurch experienced a quake this large was nearly 4 years ago, with the magnitude 5.2 quake 20 km (12.4 miles) east of Christchurch. 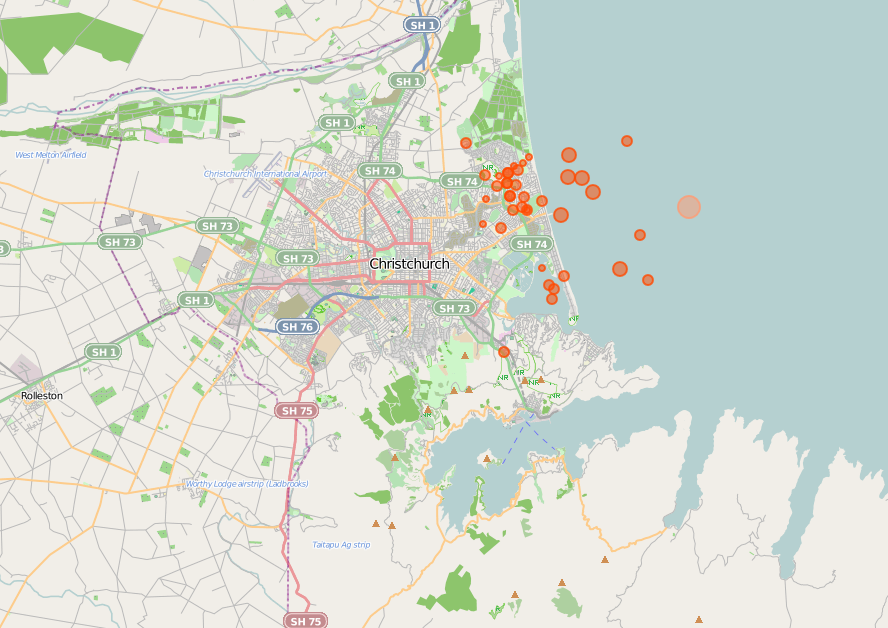 Aftershocks as at 16:15 NZT on February 14, 2016. The mainshock is in peach, and aftershocks are orange. Credit: GeoNet

Aftershock probabilities for the Canterbury region in the next year (source: GeoNet):

The aftershock forecast table below covers the coming week, month, and year: 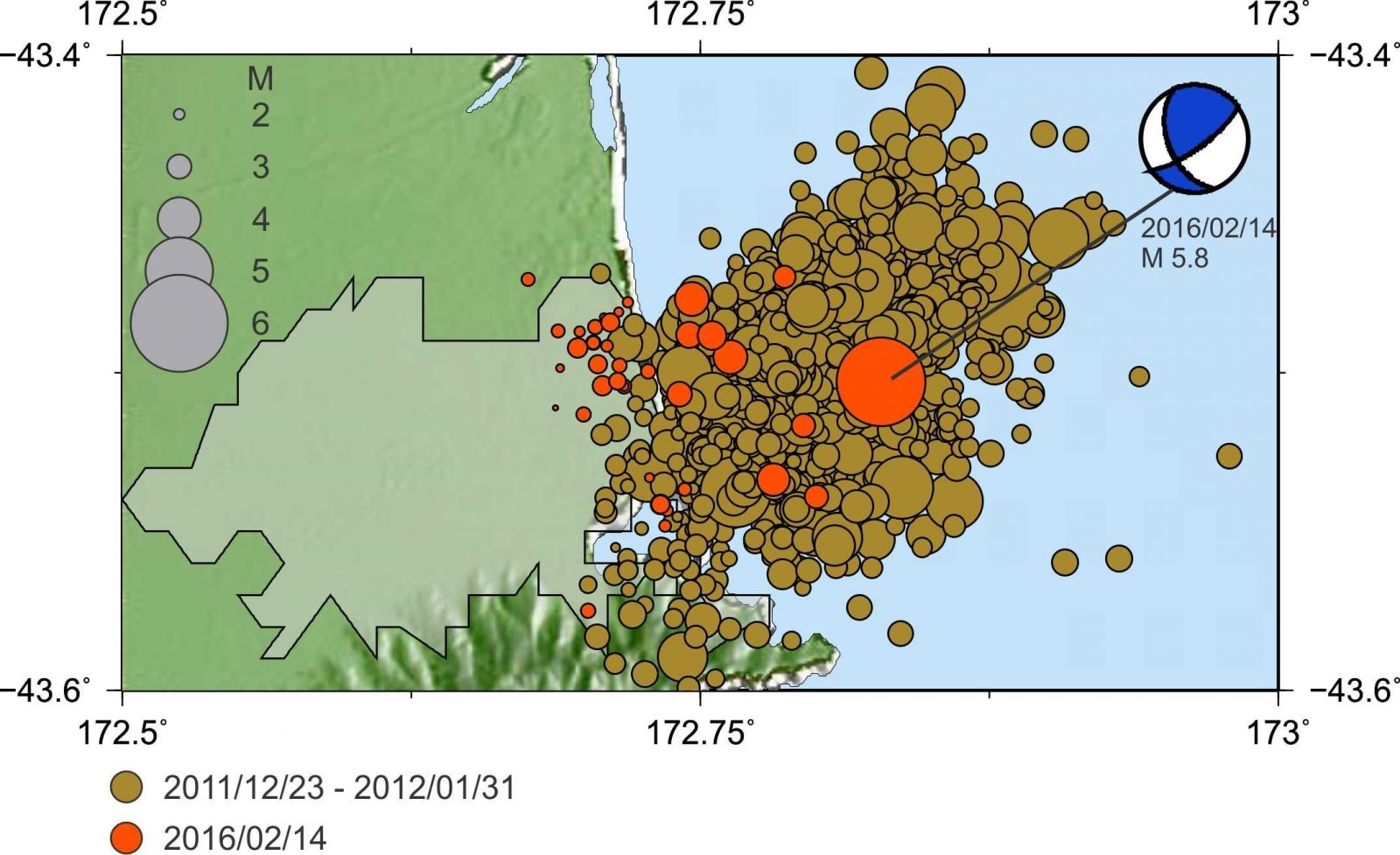