A citizen scientist from Europe discovered SOHO's 4 000th comet in the spacecraft's 25-year history. SOHO — Solar and Heliospheric Observatory — jointly operated by NASA and ESA since 1995.

The comet was discovered on June 15, 2020, and is currently nicknamed SOHO-4000. Its official designation is currently pending from the Minor Planet Center.

Like most other SOHO-found comets, SOHO-4000 is part of the Kreutz family of sungrazers, which all follow the same general trajectory– one that carries them skidding through the Sun's outer atmosphere.

The comet has a diameter of around 4 to 9 m (15 to 30 feet) and was extremely faint and near the Sun when it was spotted. This means that SOHO is the only observatory that has found the comet, as it is impossible to observe from Earth with or without a telescope.

"I feel very fortunate to have found SOHO's 4 000th comet. Although I knew that SOHO was nearing its 4 000th comet discovery," said Trygve Prestgard, who first discovered the object. "I did not initially think that this sungrazer would be it."

"It was only after discussing with other SOHO comet hunters, and counting through the most recent sungrazer discoveries, that the idea sunk in. I am honored to be part of such an amazing collaborative effort."

SOHO is a joint mission of ESA and NASA launched in 1995. It studies the Sun from its interior to the outer atmosphere, and over the past 25 years, it has become the greatest comet-finder in human history.

Prestgard remarked that he has been actively involved in the Sungrazer Project for about eight years. "My work with sungrazers is what solidified my long-term interest in planetary science."

He continued, "I enjoy the feeling of discovering something previously unknown, whether this is a nice 'real-time' comet or a “long-gone” overlooked one in the archives." 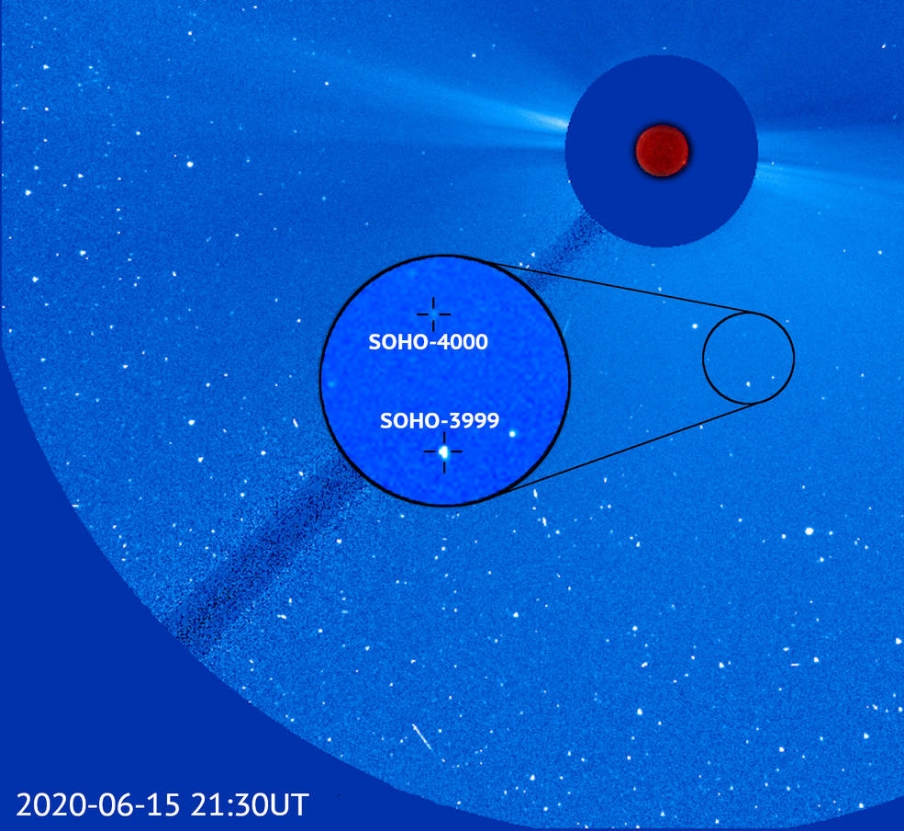