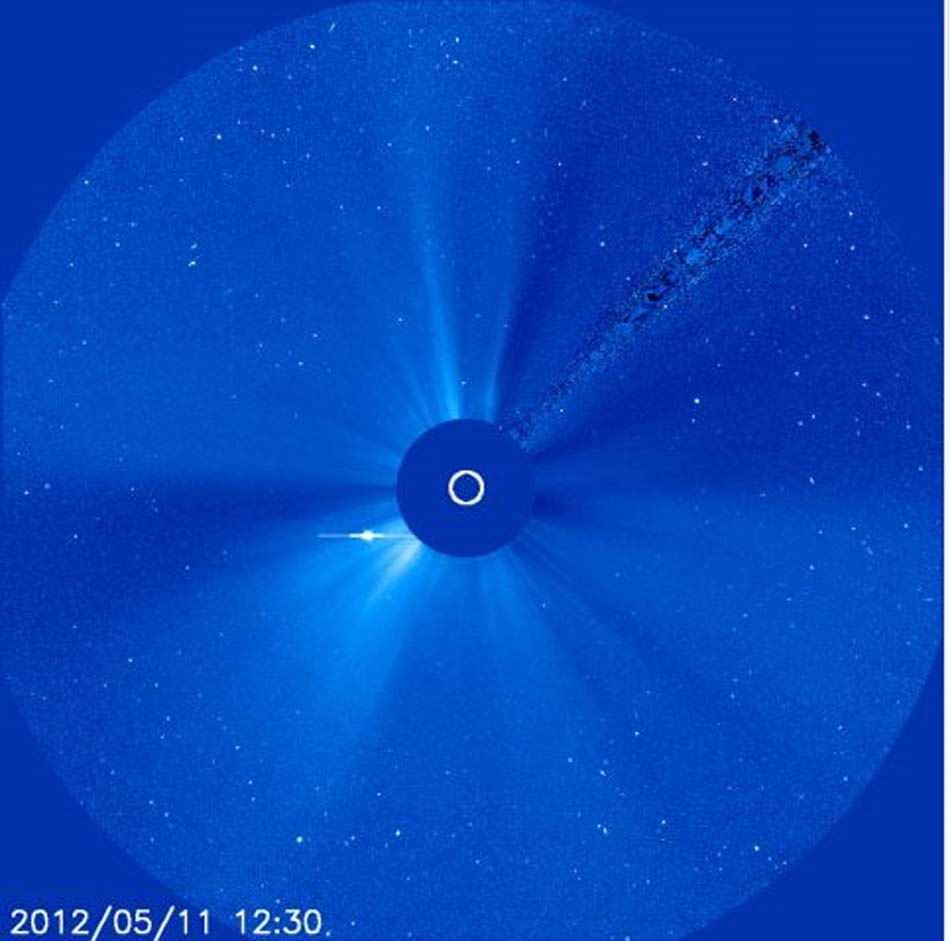 SOHO is back up and running after what officials call “a technical glitch” temporarily sidelined the observatory for just over a week.

The Solar and Heliospheric Observatory (SOHO), which is jointly managed by NASA and the European Space Agency continued sending pictures of the Sun on May 11, 2012. The bright speck on featured imege, to the left of the center of the image, is the planet Jupiter.

If you followed news from both mainstream and alternative media last few days you might have come up to stories like this one from FoxNews:

YouTuber alleges NASA cover up of spaceship spotted near Sun

Either we aren’t alone, or it’s nigh time NASA fixed its dodgy cameras.

For the third time this year, the Solar and Heliospheric Observatory (SOHO) has returned an image of a giant UFO hovering near, or feeding off the Sun. Maybe.

DailyTelegraph published this on May 9th:

Both articles are pretty much the same and all of them us the following video:

Whatever was the case it will most likely remain in the field of mysteries as again officials did not took the time to comment on alleged coverup.