The Solar and Heliospheric Observatory (SOHO) detected its 3000th comet on September 13, 2015. The newest discovery confirmed SOHO's reputation for being the greatest comet finder in the history so far.

SOHO is a joint project of the European Space Agency and NASA on a mission to observe the Sun and interplanetary space above the Earth's atmosphere. It's observing the disk of the Sun, tracking the solar wind flow and monitoring the Coronal Mass Ejections (CMEs). Its Spectrometric Coronograph Experiment (LASCO) is the instrument responsible for most of the comet imagery.

The SOHO observatory was launched in 1995, prior to which only a small number of comets had been discovered from space.

The great thing about SOHO comet finding project is that it relies on the people who are interested in going through the data. This task is open to the public and available online in near-real time. Thus, about 95% of SOHO's comets have been spotted by these citizen scientists. 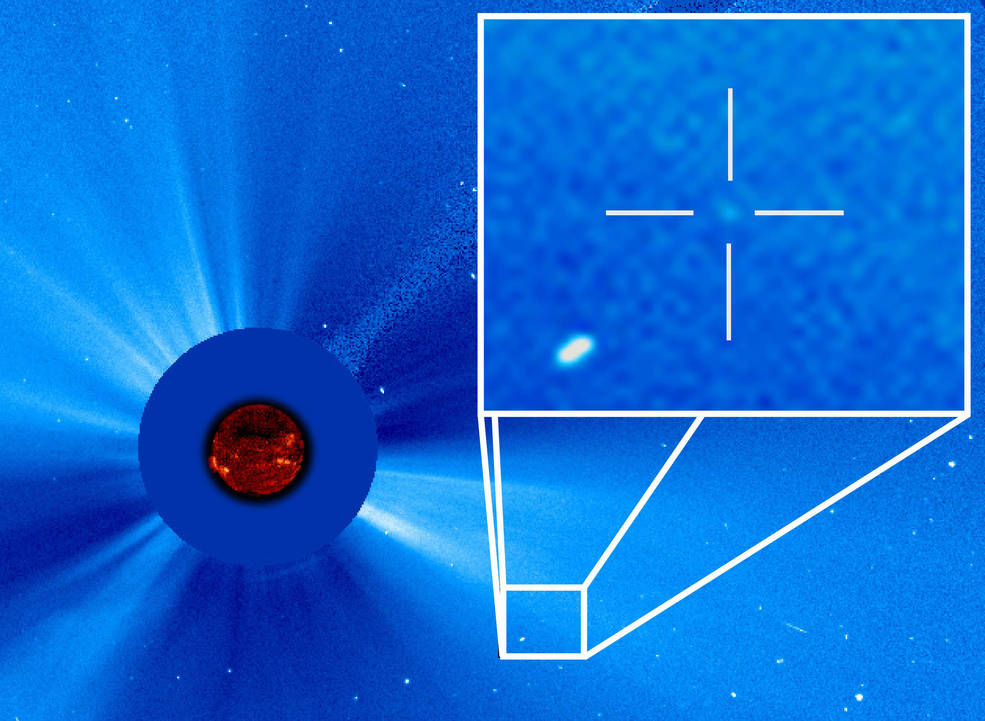 The dot in the cross-hairs is a comet streaming toward the sun, as observed on September 14, 2015. Image credit: ESA/NASA/SOHO

The 3000th comet was spotted in the data by Worachate Boonplod, of Samut Songkhram, Thailand: "I am very happy to be part of a great milestone for SOHO's comet project. I would like to thank SOHO, ESA and NASA for making this opportunity possible, including other fellow comet hunters who I have learned a lot from.”

This discovery was unplanned and has turned out of unexpected benefit, as the comet spotted was the so-called sungrazer, a special type of comet named after its close approach to the Sun.

"SOHO has a view of about 12-and-a-half million miles beyond the sun," said Joe Gurman, mission scientist for SOHO at NASA's Goddard Space Flight Center in Greenbelt, Maryland. "So we expected it might from time to time see a bright comet near the sun. But nobody dreamed we'd approach 200 a year.

Comets are an intriguing astronomical occurrence, not only as a fascinating night sky vision, but they also tell scientists a lot about the place and time of it's origin and about our Sun. They are constituted of a mixture of frozen gases and dust, and can hold important information on the formation of our solar system.

Their tails are made of ionized gas and they act as tracers of the sun's invisible magnetic field, as they illuminate it. Also, if they circled the Sun more than once, they can tell us a lot about the parts of solar system they have traveled through.

A much brighter comet appeared on SOHO LASCO C3 imagery during late afternoon hours of September 14th (UTC) and was named SOHO-3002. This is how it looked like on September 15 at 19:30 UTC: 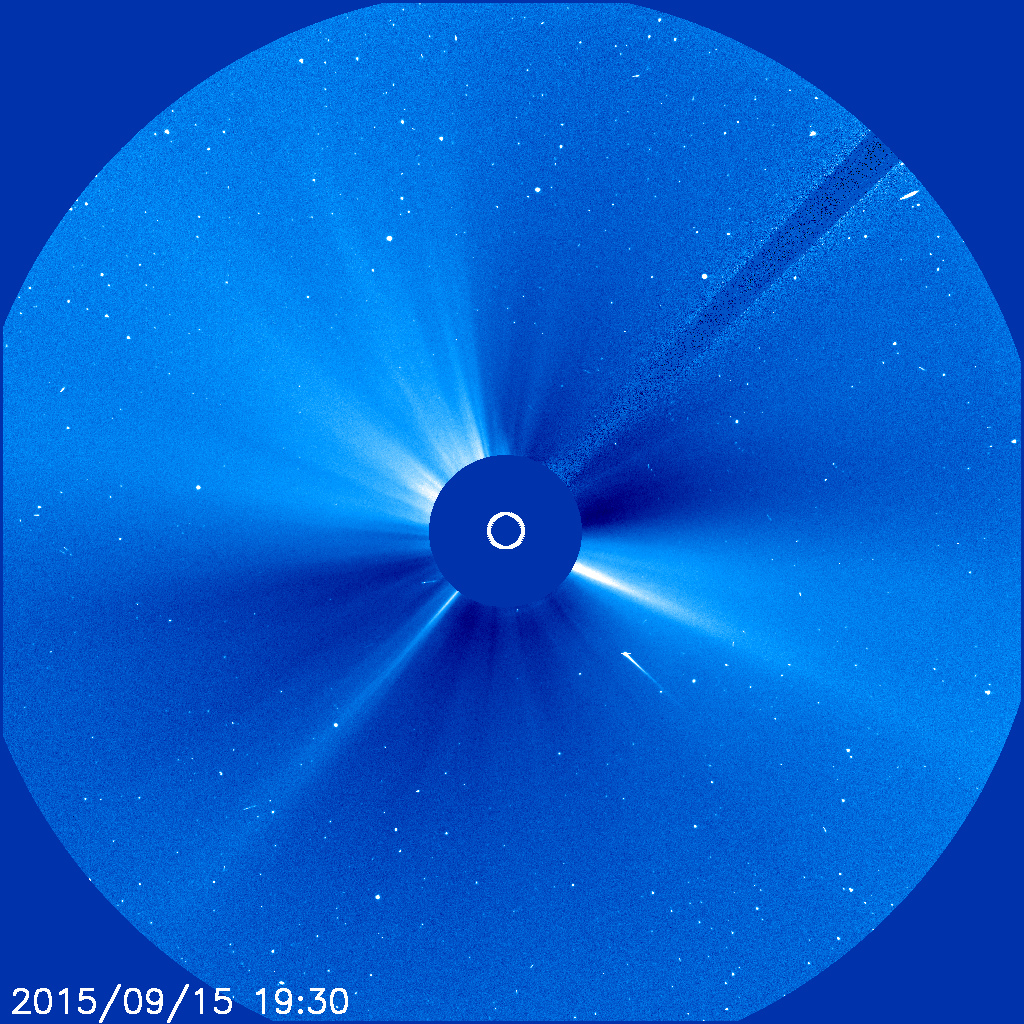 Featured image: The dot in the rectangle is a comet streaming toward the Sun, as observed on September 14, 2015. Image credit: ESA/NASA/SOHO