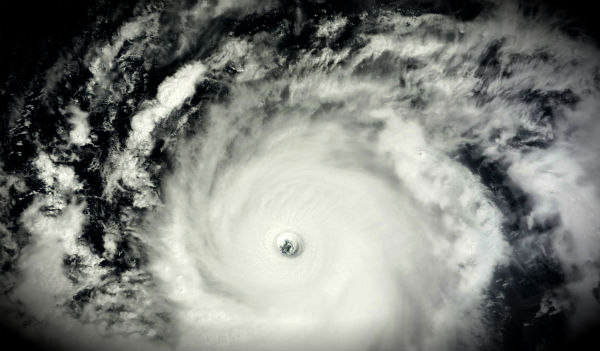 Super Typhoon Jelawat in the Western Pacific is forecast to curve across Okinawa and the Japan mainland, bringing flooding rain, monstrous waves and damaging winds. The islands can be subject to damaging winds in excess of 120 km/h (75 mph), dangerous surf and seas and torrential rain and flooding. Jelawat is the second storm to reach the equivalent of a Category 5 hurricane in the Western Pacific this season.

Jelawat formed as a tropical depression over the western Pacific Ocean on September 20, 2012, and became a tropical storm the next day. It strengthened to a typhoon on September 23, and then underwent explosive intensification, almost doubling in strength within 12 hours. 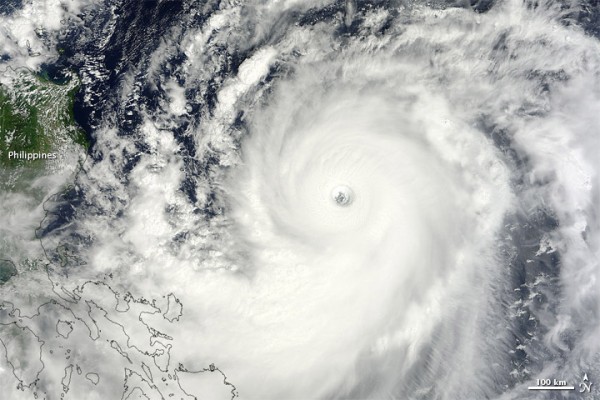 On Wednesday, September 26, Jelawat was located 455 nautical miles (524 miles/843 km) south-southwest of Kadena Air Base, Okinawa, Japan, and has tracked northwestward at 8 knots (9.2 mph/15 km/h). The powerful system was moving northeast of the island of Luzon in the Philippines with maximum sustained winds of 242 km/h (150 mph) with higher gusts up to 298 km/h (185 mph). A tornado was seen in northern Japan due to strong storms on Tuesday.

Jelawat is forecast to continue tracking northwest and then make a turn to the northeast on September 28 when it runs into an elongated area of low pressure moving east from the Yellow Sea. That turn puts Kadena Air Base, Okinawa, Japan near the center of the forecast track from the Joint Typhoon Warning Center.

Jelawat will continue to track generally northwestward over the next 24 hours along the southwestern periphery of the near-equatorial ridge. Afterwards, a secondary mid-latitude trough, currently exiting into the Yellow Sea, will approach from the northwest and weaken  the system. The system will gradually weaken as the upper level conditions more unfavorable.

Super Typhoon Jelawat is now a well-defined system that is no longer under an eyewall replacement cycle. Upper level analysis indicates the cyclone has continued to maintain a mesoscale anticyclone overhead and is approaching a ridge axis to the north in an area of low (05-10 knot) vertical wind shear.

By the time the system reaches the latitude of mainland Japan early next week, it may be a tropical storm or transitioning to a non-tropical system. 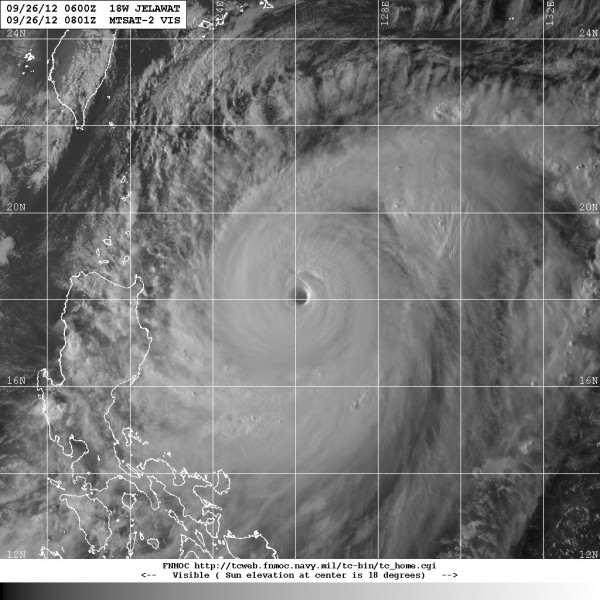 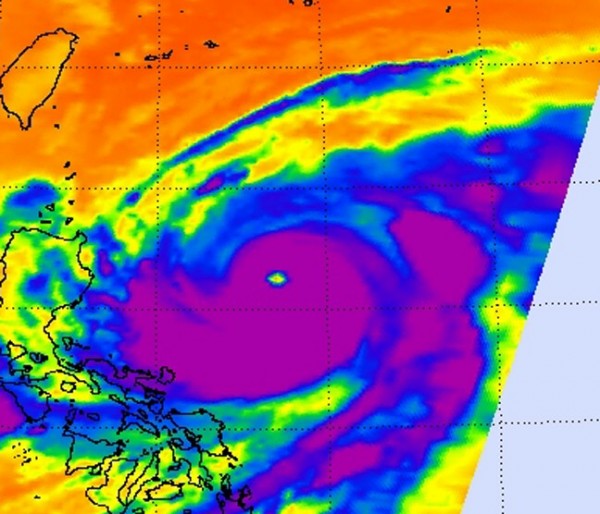 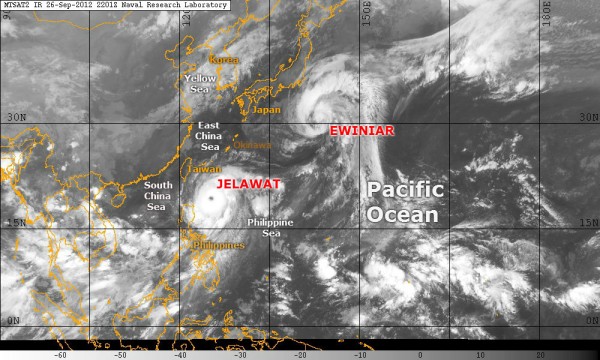 East of Jelawat, Tropical Storm Ewiniar is spinning in the western North Pacific Ocean. On September 26 wind shear continues to batter the storm from the southwest. Ewiniar’s maximum sustained winds were near 45 knots (52 mph/83.3 km/h). Ewiniar was located 485 nautical miles (558 miles/898 km) south-southeast of Yokosuka, Japan, has tracked north-northeastward at 13 knots (15 mph/24 kmh). Ewiniar is forecast to turn more northward over the next day, and then turn to the northeast. 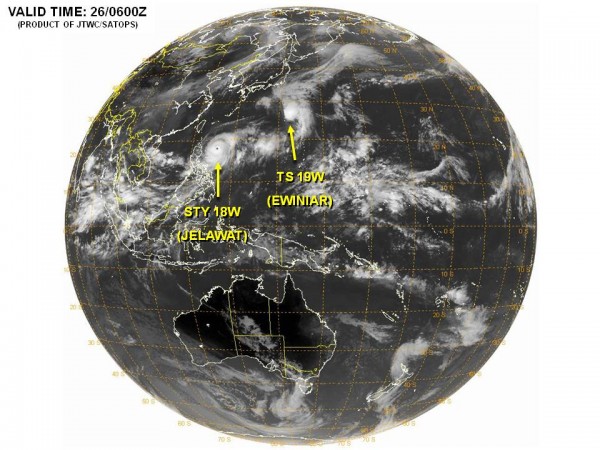