Tropical Storm Nadine is becoming better organized and could soon become the next hurricane in the Atlantic Basin. Maximum sustained winds are near  100 km/h (65 mph) with higher gusts. Some strengthening is forecast during the next 48 hours and Nadine is expected to become a hurricane tonight or early Thursday. 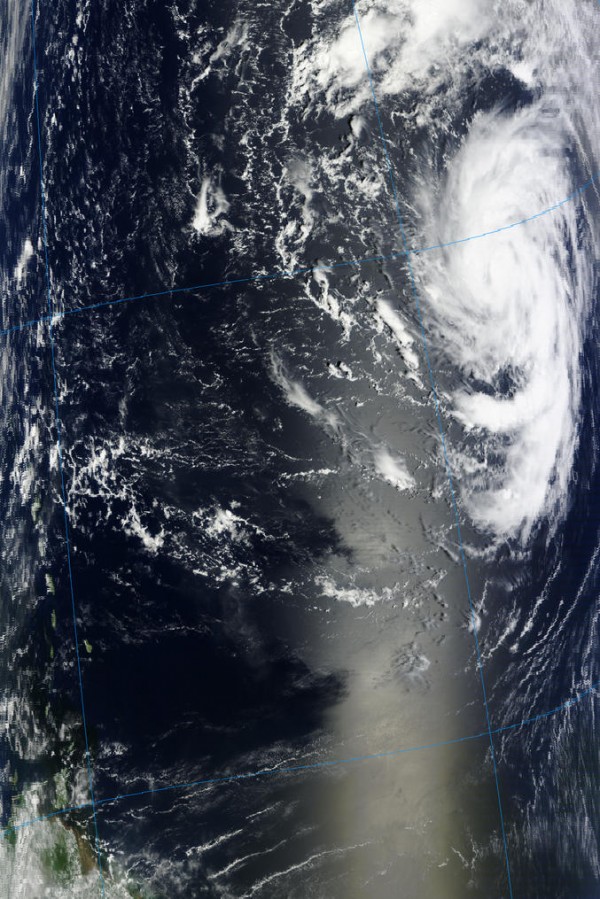 According to latest public advisory issued by National Hurricane Center (NHC) at 21:00 UTC, the center of Tropical Storm Nadine was located near latitude 20.0 north and longitude 48.9 west. Nadine is moving toward the northwest near 26 km/h (16 mph) and a turn toward the north-northwest at a similar speed is expected by Thursday night. Tropical storm force winds extend outward up to  185 km (115 miles) from the center. The estimated minimum central pressure is 994 mb...29.35 inches.

A disturbance over the Central Atlantic Ocean strengthened Tuesday night into Tropical Storm Nadine. A trough of low pressure that guided Michael on a northerly path should also influence this system. Forecasters expect that Nadine will not directly affect any landmass through the next five days and  remain over the ocean. 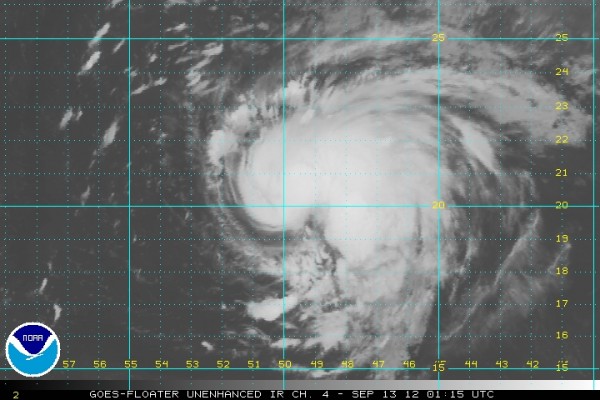