According to The Joint Typhoon Warning Center (JTWC), Sanba had strengthened from a moderate tropical storm to a typhoon equivalent to a Category 1 hurricane. Typhoon Sanba (Karen) poses a growing threat to southwestern Japan and South Korea.

Sanba is spinning over the southern Philippines Sea, to the north and east of the Philippines with heavy rainfall. JTWC reports that the center of Typhoon Samba is located 745 nm south of Kadena AB, Okinawa. The system is moving at speed of 7 knots at northwestward direction.

Okinawa endured a hard hit from Typhoon Bolaven in August and a previous blow from Haikui.

Moisture from the typhoon, ahead of Sanba, will meet with a stalled front draped across South Korea. Several inches of rain may deluge southeastern areas before the typhoon approaches the Korean Peninsula a couple of days after nearing Okinawa. Rainfall since July has been well above normal across portions of South Korea. Seoul, the capital and largest city of South Korea, has received nearly 40 inches (1 meter) of rain since July. 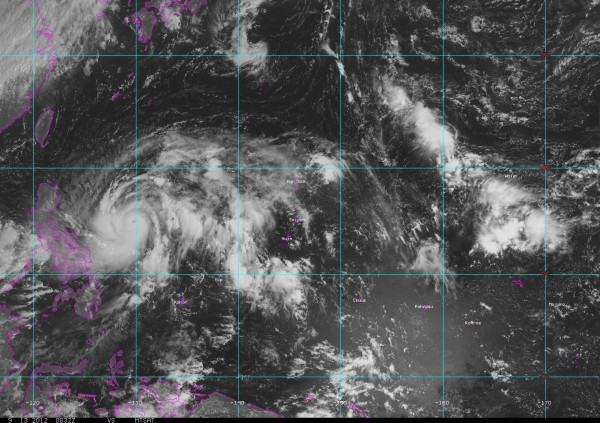 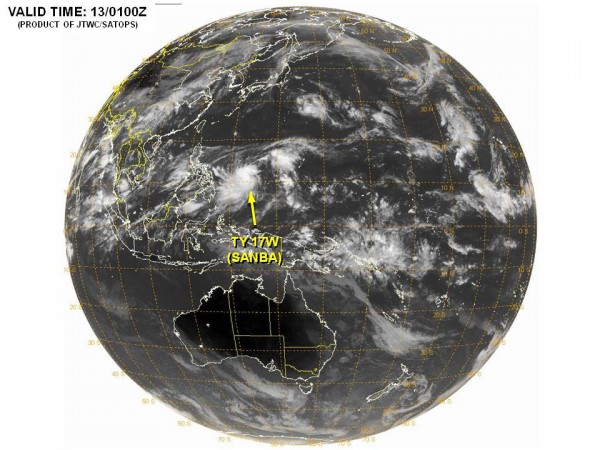