The most powerful typhoon of the season slammed the Japanese island of Okinawa on early Sunday morning with damaging winds reaching equivalent of Category 3 hurricane strength. Heavy torrential rains with rainfall rates well exceeding an inch an hour came from multiple points on the island. The massive amounts of rainfall, combined with impacts of storm surge and the rough surf, led to some flooding. 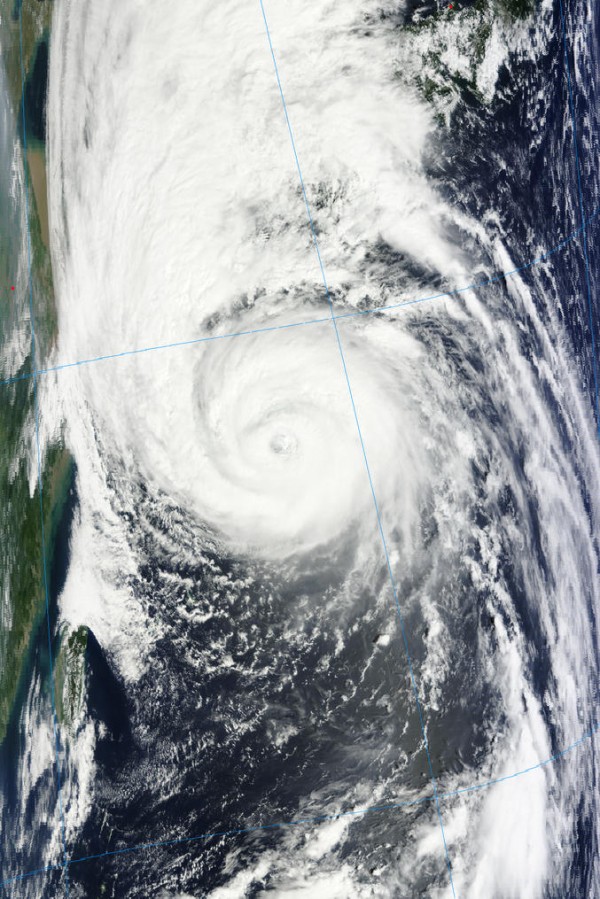 Here are some videos of Sanba making landfall at Okinawa: 1, 2

According to latest bulletin by Joint Typhoon Warning Center (JTWC), Typhoon Sanba is located approximately 75 nm southwest of Pusan, south Korea, and it's moving northward at 17 knots over the past six hours. Maximum significant wave height is 11 meters (36 feet). The system is now currently heading towards South Korea where it is expected to make a second landfall. 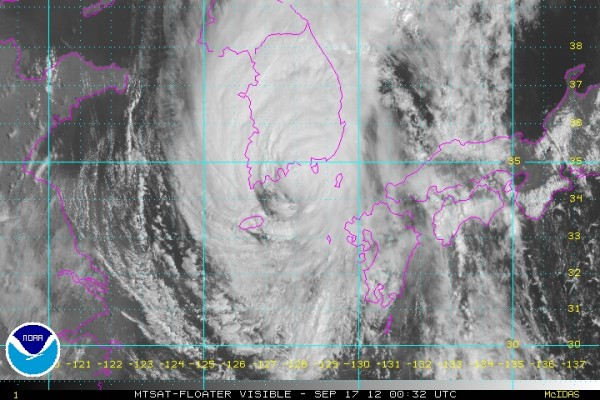 Landfall is likely to occur somewhere along the south-facing coast of the Korean Peninsula early Monday morning local time. Damaging winds, flooding rains, and rough surf will accompany the storm as it moves towards South Korea. The storm should pass close enough to Kyushu to bring impacts to that Japanese island as well.

After making landfall, Sanba is forecast to move back over the Sea of Japan before making another landfall in far northeastern North Korea. 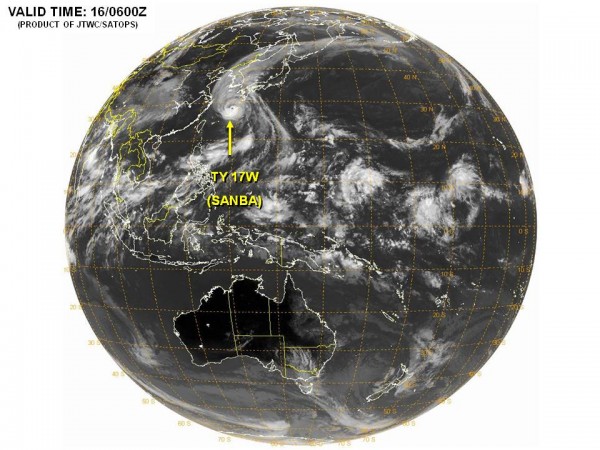