This earthquake occurred in the immediate area of the subduction fault (2 plates sliding under each other). (ER)

Indonesia’s Meteorology and Geophysics Agency said it was centred beneath the Indian Ocean, but has no potential to trigger tsunami. The earthquake was strongly felt in Bali, while residents in some East Java cities told El Shinta radio they were awakened by the tremor.

The area to the south of eastern Java and Bali is very unstable the last weeks and months with several earthquakes felt in Bali. All of them were harmless but some scared a lot of tourists who are not used to the earthquakes. 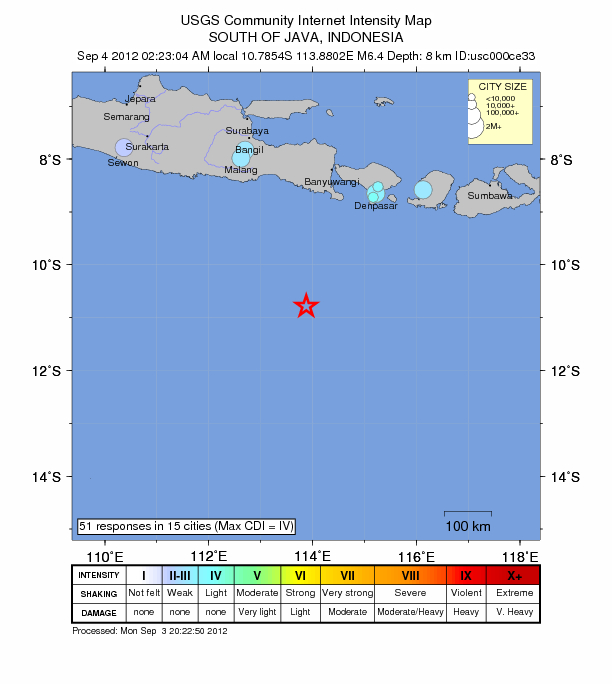