Despite the strength of the quake – which was felt as far away as Whakatane, Opotiki and Wairoa – locals reported no damage.

It comes as a series of quakes in the central North Island saw the Volcano Alert Level at Mt Tongariro being raised on Friday.

GNS Science volcanologist Brad Scott told Stuff on Friday the increased activity ‘‘just means that something has upset Tongariro, and some subterranean process is occurring’’. 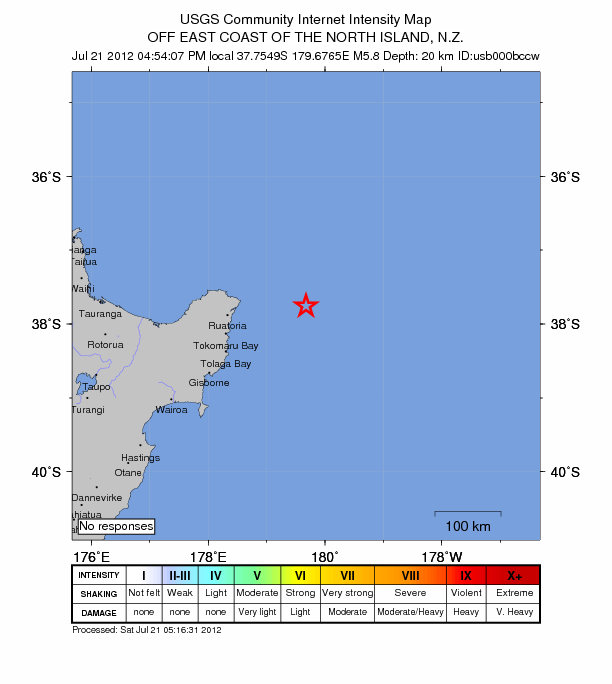