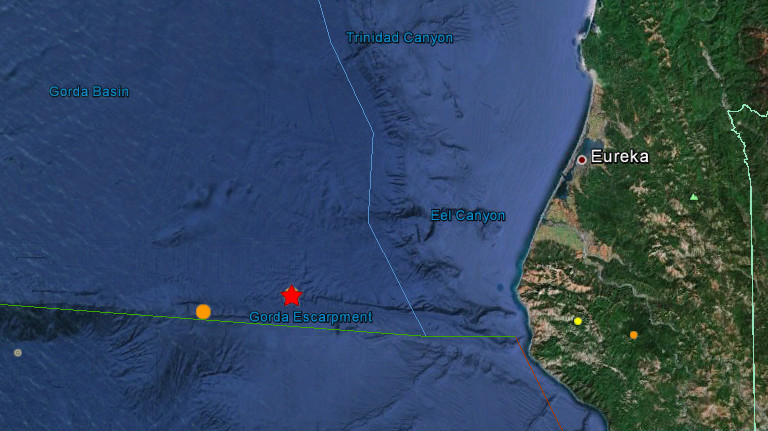 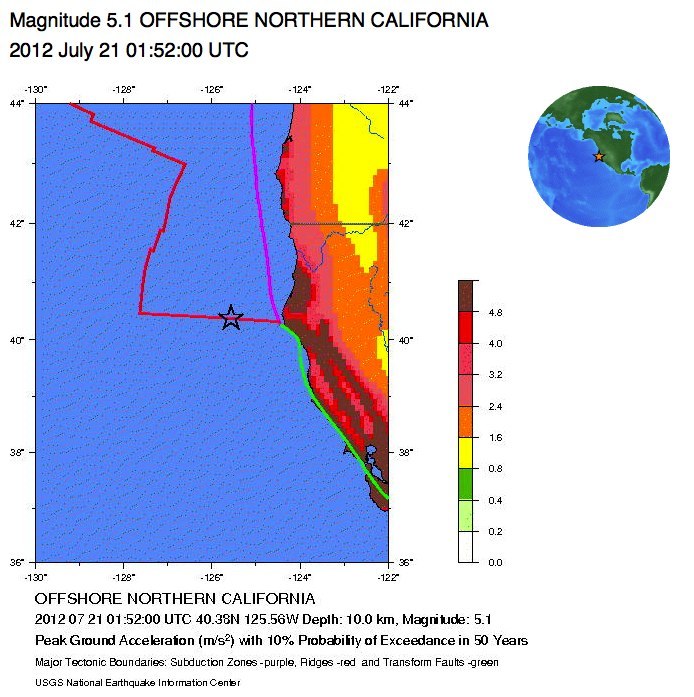 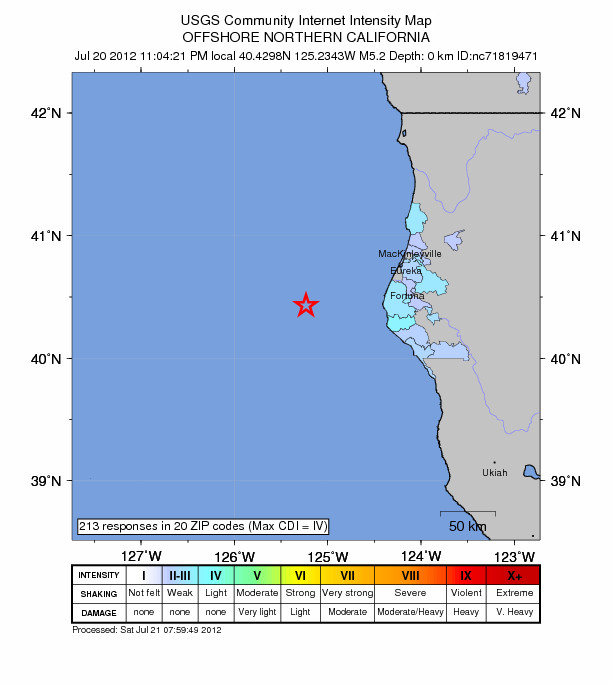 Earthquake-report.com had very interesting analysis of whats going on there:

While looking into the details about these earthquakes, we found a number of coincidences which may be realated to each other. The series started with a M4.0 earthquake at a depth of 10.1 km (6.3 miles) along the ridge fault in front of the Oregon coast. Nothing special as the stress in the part of the fault is generating regular earthquakes up to M6.0.
1 hour and 18 minutes later a more powerful M5.1 earthquake occurred along the same ridge fault (separating plates), bt this time more to the south in the Californian sector. The depth was set to 10 km or 6.2 miles but this is the usual depth which is set if the data are not accurate enough.

Finally (at least up to now) a M5.2 earthquake  occurred at a depth of 0.6 km approx. in the same sector than the earlier M5.1 earthquake. The depth of the last M5.2 earthquake (even poorly constrained) is attracting our attention.  We do not sea anything special on the sea floor except some stress scars and ridges (red lines on the three maps below).

There is certainly no proved relation in between the Oregon and California events, but if ER detects patterns, we like to share them with our readers.
Only few people at the Eureka coast have reported the shaking at USGS. All of them reported a weak to very weak shaking. ER

California earthquakes are just part of global unrest taking place as we write this. New Zealand had 5.8 today, Japan is responding with double 4.9 eq’s, Kuril Islands are still very active and we just saw 4.7 there…  Lets take a look at listings for today: