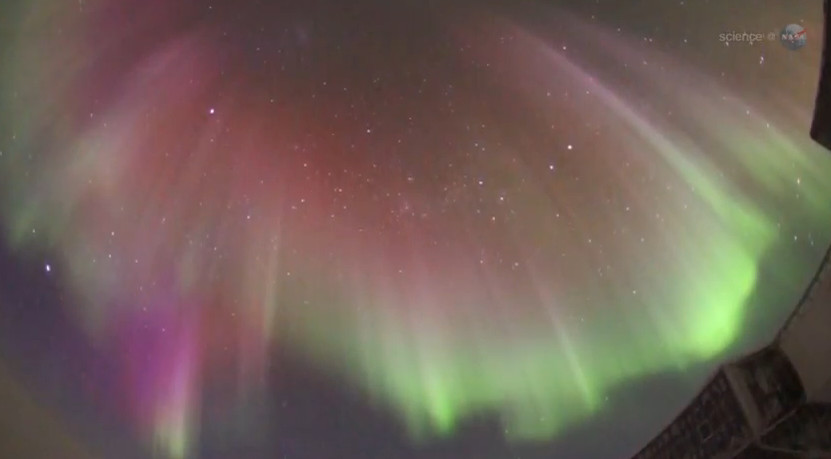 Experts say solar maximum is due in the year 2013.  When it arrives, the peak of 11-year sunspot cycle will bring more solar flares, more coronal mass ejections, more geomagnetic storms and more auroras than we have experienced in quite some time.

The source of the latest, strong, CME was giant sunspot AR1520, a seething nest of tangled magnetism more than 15 times wider than Earth itself.  On July 12th, the sunspot’s magnetic field erupted, producing an X-class solar flare and hurling a billion tons of electrified plasma toward our planet.

NASA’s twin STEREO probes and the European Space Agency’s Solar and Heliospheric Observatory monitored the CME as it billowed away from the sun.  Using those data, analysts at NOAA and NASA successfully predicted the cloud’s arrival time.  It would take almost two full days for the CME to cross the 93 million mile void between Earth and sun.

When CME crashed into Earth’s magnetic field and triggered the most sustained display of auroras in years.  For more than 36 hours, magnetic storms circled Earth’s poles.  Northern Lights spilled across the Canadian border into the United States as far south as California, Colorado, Kansas, and Arkansas.  In the southern hemisphere, skies turned red over Tasmania and New Zealand, while the aurora australis pirouetted around the South Pole.

Polar regions of our planet lit up like a Christmas tree.  Red, green, blue and purple auroras capped both ends of the planet, glowing, dancing, and ultimately spreading to places where auroras are seldom seen.

In Arkansas, for instance, “there was a faint glow off and on for most of the night,” reports Brad Emfinger from a little town called Ozark. “Around 3am there was an outburst of red and purple plainly visible to the naked eye.”

A taste of solar maximum