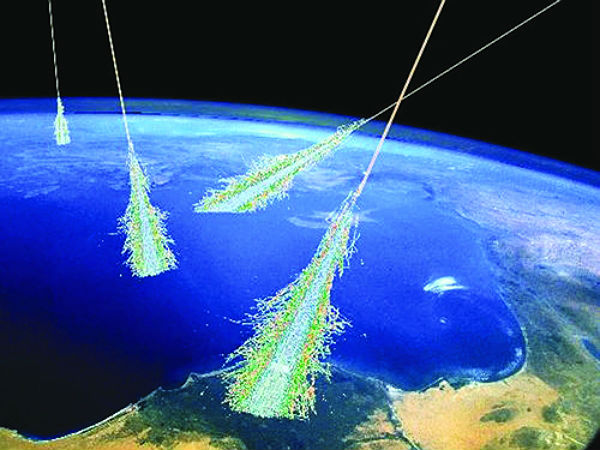 On May 17, 2012 a moderate-sized M-class flare erupted from the Sun and sent out a barrage of high-energy solar particles that belied its initial intensity.

These particles traveled at nearly the speed of light, crossing the 93 million miles between the Sun and Earth in a mere 20 minutes and impacting our atmosphere, causing cascades of neutrons to reach the ground – a rare event known as a ground level enhancement, or GLE. Occasionally (approximately 10-15 times per decade), the Sun emits cosmic rays of sufficient energy and intensity to raise radiation levels on Earth’s surface to the degree that they are readily detected by neutron monitors. Usually scientists would expect this kind of ground level enhancement from a giant coronal mass ejection or a big X-class flare.

This was the first GLE of the current solar cycle – a sure sign that the sun’s regular 11-year cycle is ramping up toward solar maximum.

GLEs are quite rare – fewer than 100 events have been observed in the last 70 years, since instruments were first able to detect them.The largest of these events was observed on February 23, 1956 and it was an indicator that the peak of solar maximum is on the way.

May 17th GLE was recorded by a joint Russian/Italian spacecraft called PAMELA, a mission designed to detect high-energy cosmic rays streaming in from intergalactic space.

This GLE has scientists excited for another reason, too. PAMELA, short for Payload for Antimatter Matter Exploration and Light-nuclei Astrophysics, simultaneously measured the particles from the Sun that caused the GLE. Solar particles have been measured before, but PAMELA is sensitive to the very high-energy particles that reach ground level at Earth. The data may help scientists understand the details of what causes this space weather phenomenon, and help them tease out why a relatively small flare was capable of producing the high-speed particles needed to cause a GLE. 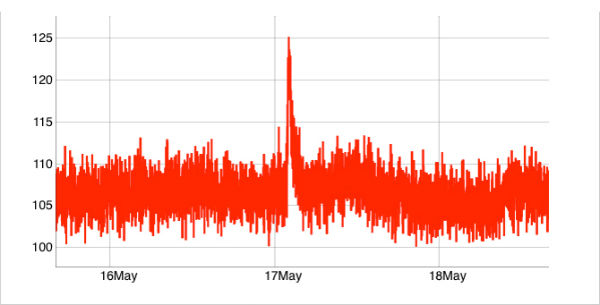 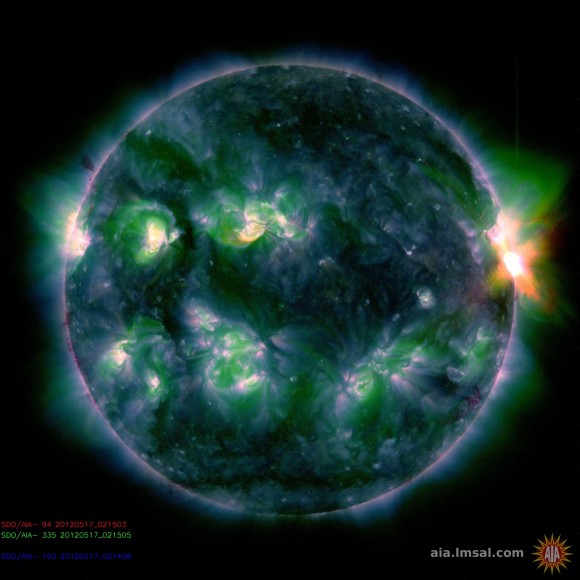 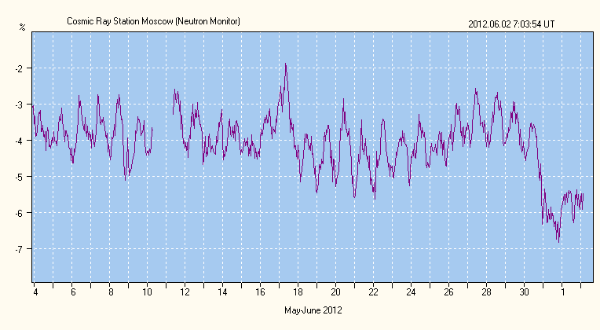 Featured image: An artist’s concept of the shower of particles produced when Earth’s atmosphere is struck by ultra-high-energy cosmic rays. (Credit: Simon Swordy/University of Chicago, NASA)