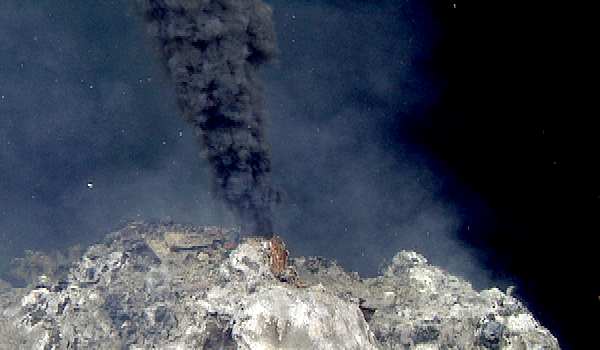 Scientists have uncovered clusters of volcanic vents towering above the seafloor in a region of deep-sea off the coast of Mexico. The so-called “black smoker” vents lie about 7,400 meters (7,900 feet) deep with chimneys reaching 23 meters (75 feet). These magma-powered hydrothermal vents are essentially fissures and cracks in the ocean floor that allow seawater to reach deep, superheated rocks, producing scalding jets of chemical-laden water.

Researchers from Monterey Bay Research Institute (MBARI) discovered these vent fields in late April, at the tail end of a three-month expedition to the Gulf of California that separates mainland Mexico from the Baja Peninsula. The vents lie near the tip of the peninsula along the Alarcón Rise, a seafloor spreading center, where tectonic forces are shoving magma up toward the seafloor along a volcanic steam, birthing fresh ocean crust and pushing two oceanic plates apart.

The team took samples of the animals living near the vents: tube worms that can grow to more than 5 feet (1.5 meters) long, clams up to 10 inches (25 centimeters) across, and other weird creatures that survive on the vents’ volcano-powered chemical soup. The researchers also measured temperatures as high as 300 degrees Celsius (572 degrees Fahrenheit), although there are indications the vent fluids could be hotter than 350 C (660 F).

Hydrothermal vents transport heat and chemicals into the ocean, providing an energy source that supports a robust community of deep-sea organisms, many of which are not found in any other ocean ecosystem. Knowing where and with what frequency hydrothermal vents occur is valuable information for scientists seeking to deepen our understanding of the biology, chemistry, and geology of the seafloor. MBARI’s seafloor-mapping AUV is helping oceanographers spend less time looking for, and more time looking at, these fascinating deep-sea phenomena.

The new sonar mapping technique offers great promise for tracking down other hydrothermal vents on the seafloor, which increasingly appear to be more plentiful in the world’s oceans than once thought. 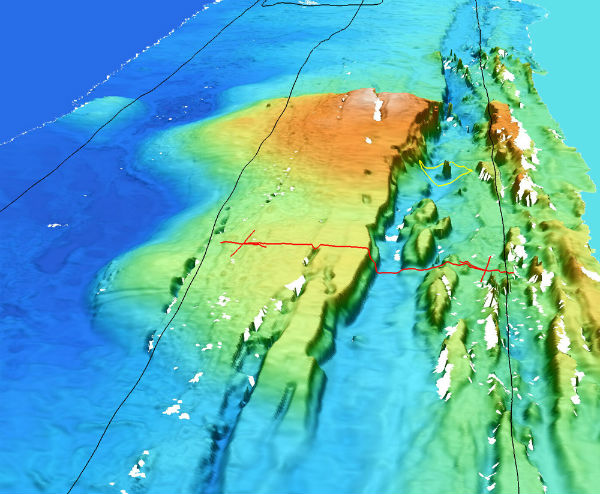 Featured image: Hot (550°F), mineral-rich water spews from the seafloor in the hydrothermal vent field discovered on April 28, 2012. The mineral-rich water from this “black smoker” looks like smoke because of the mineral particles that form the hot vent fluid contacts cold seawater. A white bacterial mat is seen on the surface of the chimney below the black smoker. Bacteria use the chemicals in the water as a source of energy. (Credit: MBARI)