Researchers from the Monterey Bay Aquarium Research Institute (MBARI) discovered more than 500 towering hydrothermal chimneys on the seafloor off the coast of the Pacific Northwest, in an area known as the Endeavor Segment of the Juan de Fuca Ridge. Research on the Endeavor vents started in the 1980s, but only 47 chimneys had been previously identified in five major vent fields. These towers belch superheated fluid warmed by magma deep beneath the Earth.

The chimneys, reaching up to 25 m (80 feet) tall, were found in a zone about 14 km (9 miles) long and 2 km (1 mile) wide. Such chimneys form around hydrothermal vents from a mineral buildup that flows to the surface in heated fluids as hot as 400 °C (752 °F). Minerals precipitate and settle around the vent as hot liquid meets cold seawater, gathering to form towers.

The abundant hydrothermal activity has altered the seafloor at the Endeavor Segment for about 2 300 years, and periods of strong seismic vibration transformed things further. Chimneys that climb from Endeavor are among the tallest in mid-ocean ridges, but it crumbled around 25 years ago.

The vent fields in the segment were mapped using sonar on ships and underwater robots over the years, but none of the surveys had resolution high enough to capture individual chimneys. Recently, MBARI's autonomous underwater vehicle, D. Allan B., mapped the area at a resolution of 1.25 m (4 feet) that geologists were finally able to see hundreds of chimneys in this area. 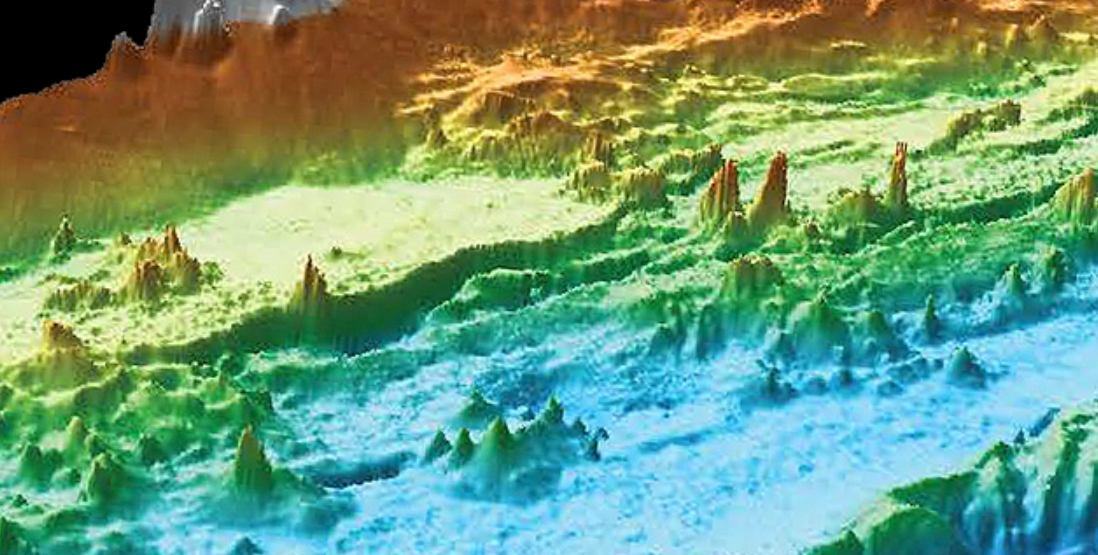 A computer-generated view of the seafloor showing some of the hundreds of hydrothermal chimneys in the Endeavour vent field. Image credit: MBARI

Researchers looked through the data to determine all chimneys taller than 3 m (10 feet)– the minimum height that could be separated from background topography. 572 new chimneys were discovered– many of which were close to vent sites that had been observed for decades.

"It’s very hard to see down there because all the particulates in the water create a kind of haze. I remember there was one well-studied chimney where the composition of the fluids seemed to vary from one research dive to the next," said lead author, David Clague.

"It wasn’t until we did our detailed mapping that people realized they had actually been sampling at two different chimneys. They apparently would encounter one chimney or the other depending on what direction they approached the site." 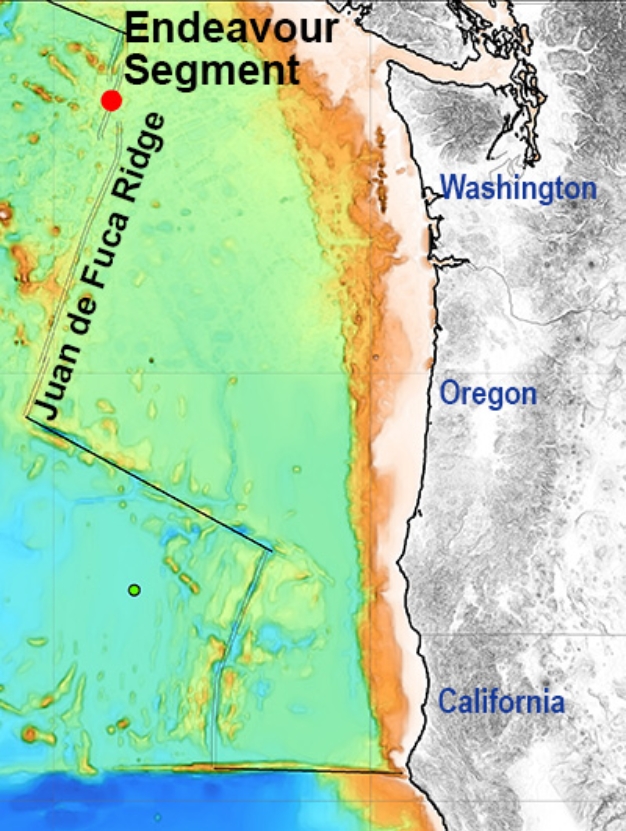 MBARI's mapping effort unveiled many gigantic and presumably active chimneys as high as 27 m (90 feet), but most of the chimneys were smaller, measuring less than 8 m (26 feet) high. Researchers believe many are also inactive or no longer belching fluids.

Active chimneys usually form where superheated water flows up through fissures in the ocean floor. If the flow is strong and lasts long enough, the chimney may grow taller until it topples over.

However, many cracks and chimneys are clogged by mineral deposits, becoming inactive. While some have stopped growing, others remain standing for hundreds of years. Fluids from the clogged chimneys also find their way upward through different fissures to form new chimneys. 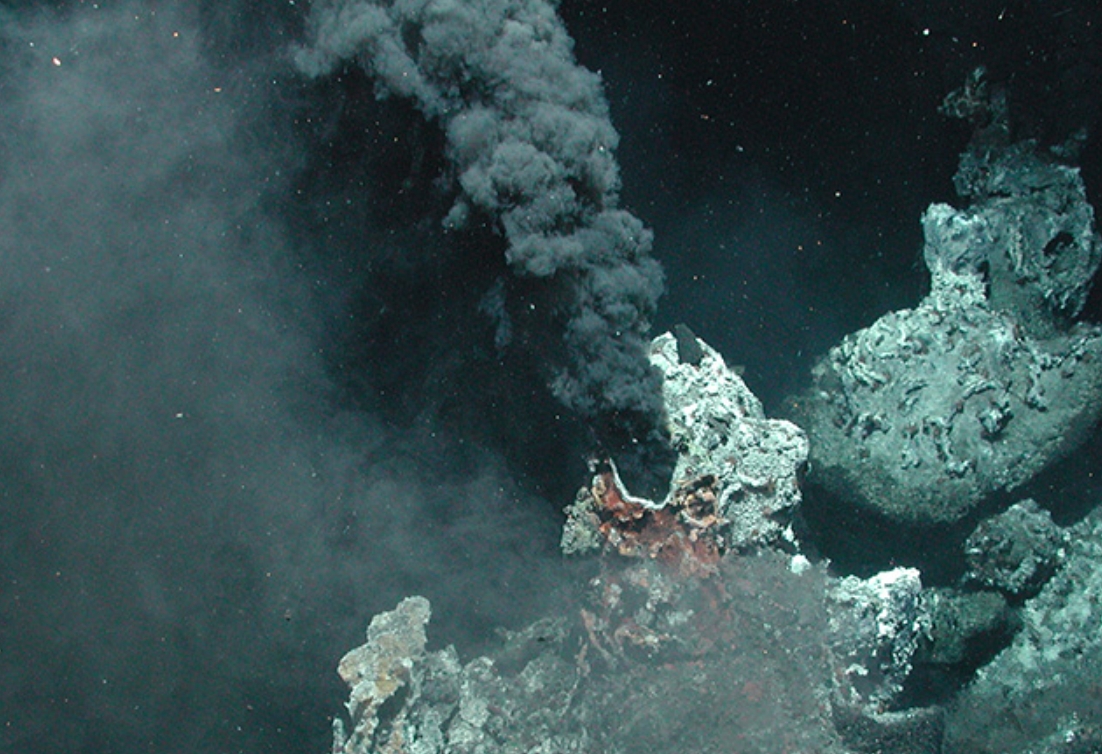 The researchers compared the chimneys at Endeavor with those at the Alarcon Rise near the Gulf of California and found that the Endeavor Segment had may more chimneys, but a lower proportion of active ones.

Endeavor likely has more inert structures than Alarcon Rise as the latter sits in a more volcanically-active region, and its older and inactive chimneys have been buried by lava flows over time. 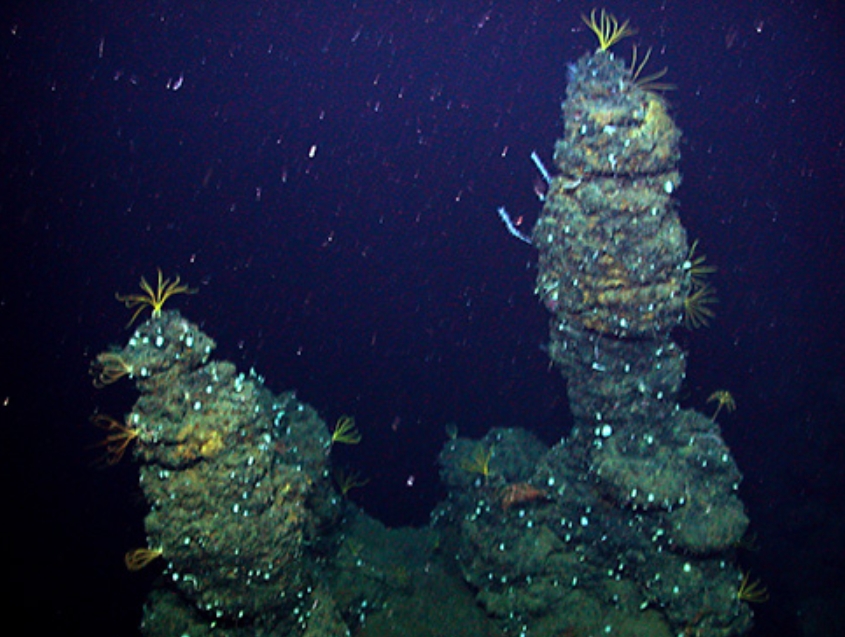 When superheated fluids stop flowing from a hydrothermal chimney, they become inactive but remain standing for centuries. Image credit: MBARI

Geological evidence from Endeavor Segment and other vent fields indicate that hydrothermal activity is part of a cycle that reshapes the ocean floor for thousands of years.

According to the study, Edeavor's hydrothermal period may be winding down and will be replaced by a magmatic phase which can last tens of thousands of years. When that occurs, many of the newly-mapped chimneys may vanish, just like what happened to the older chimneys at Alarcon rise.

The Endeavour Segment of the Juan de Fuca Ridge is well known for its abundance of hydrothermal vents and chimneys. One‐meter scale multibeam mapping data collected by an autonomous undersea vehicle revealed 572 chimneys along the central 14 km of the segment, although only 47 are named and known to be active. Hydrothermal deposits are restricted to the axial graben and the near‐rims of the graben above a seismically‐mapped axial magma lens. The sparse eruptive activity on the segment during the last 4300 years has not buried inactive chimneys, as occurs at more magmatically robust mid‐ocean ridges.