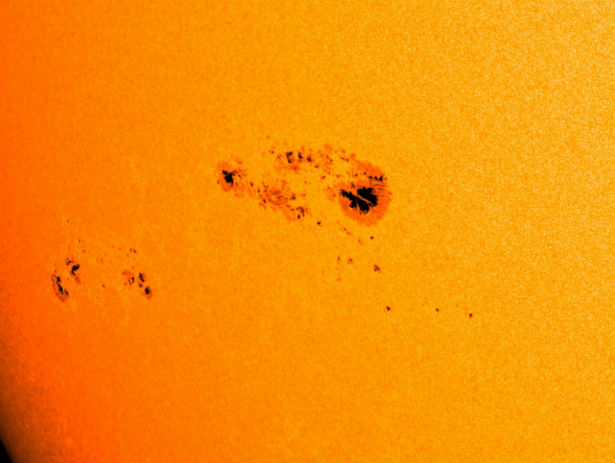 A massive array of sunspots AR1785 – 1787 has rotated over the Sun's southeastern limb and will position itself directly facing Earth in the coming days. This sunspot complex is one of the largest in Solar Cycle 24 and is located in southern hemisphere, which is somewhat new for current cycle as the south has been lagging behind the north when it comes to number of active regions and flaring.

The leading Region of this complex, AR1785, has a 'beta-gama-delta' magnetic field today and harbors energy for powerful X-class solar flares. AR1787 is classified as "beta-gamma" and is capable of producing moderate M-class flares.

NOAA SWPC forecasters estimate a 55% chance for an M-class solar flare, and 10% chance for an X-class today. Should any CME occur from AR1785 – 1787 today it will not be Earth directed, which will change in the coming days as they rotate toward Earth. 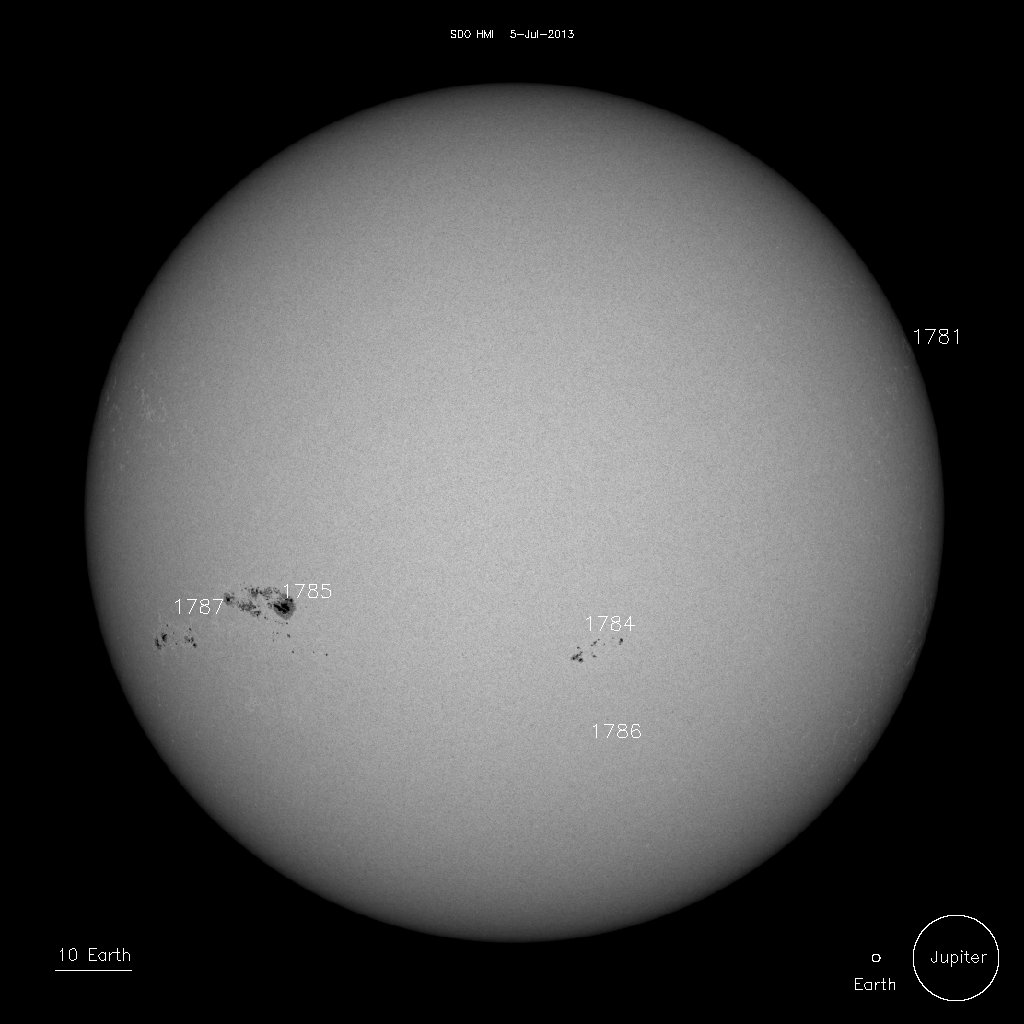 As forecasted, this solar cycle is proving to be weaker than the previous one, but according to Dean Pesnell, a solar physicist at the Goddard Space Flight Center, it might, again, be double peaked.

Sunspot counts jumped in 2011, dipped in 2012, and Pesnell expects them to rebound again in 2013: "I am comfortable in saying that another peak will happen in 2013 and possibly last into 2014," he predicts. "The last two solar maxima, around 1989 and 2001, had not one but two peaks. Solar activity went up, dipped, then resumed, performing a mini-cycle that lasted about two years."

The following video was made in March 2013:

June 2013 brought a surge in southern sunspots, and this trend is continuing in July.