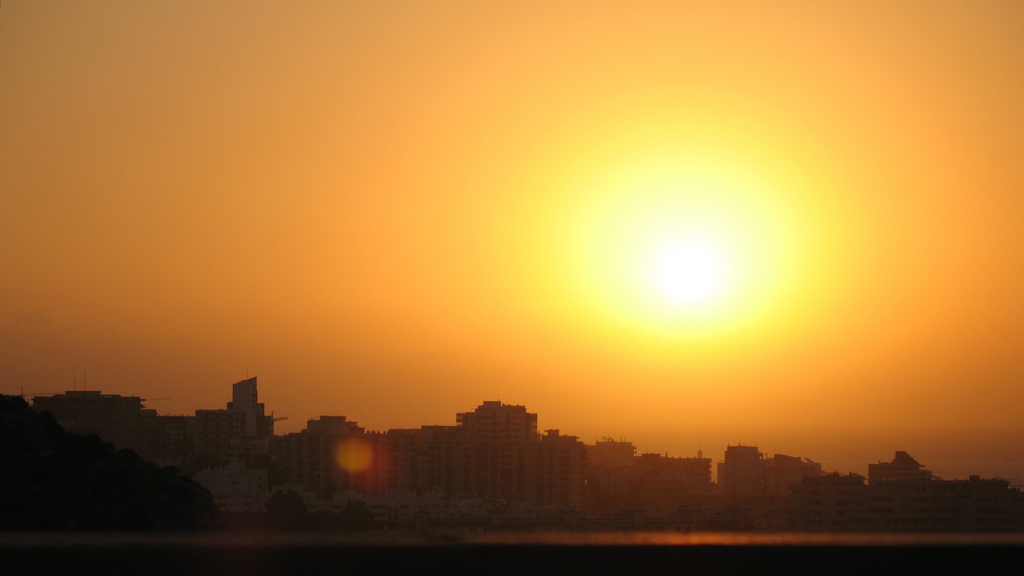 Since Earth`s orbit is an ellipse, on July 5, 2013 our planet will be on the farthest end of the curve, at the most distant point from the Sun. That is called aphelion.

Because of the increased distance from the Sun, when our planet is at aphelion the Sun looks smaller by 1.7 percent, and the solar heating is reduced by approximately 3.5 percent in compare to the yearly average. 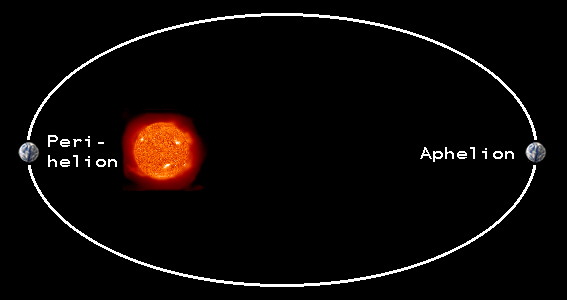 The perihelion and aphelion of the Earth

For the orbit of the Earth around the Sun, the time of apsis is often expressed in terms of a time relative to seasons, since this determines the contribution of the elliptical orbit to seasonal variations. The variation of the seasons is primarily controlled by the annual cycle of the elevation angle of the Sun, which is a result of the tilt of the axis of the Earth measured from the plane of the ecliptic.

Currently, the annual perihelion happens at about 14 days after the December Solstice, thus on or about January 4. At perihelion, the Earth is about 0.98329 astronomical units (AU) or 147,098,070 kilometers (about 91,402,500 miles) from the Sun. (The eccentricity of the orbit also varies slowly over many millennia.)

On a very long time scale, the dates of the perihelion and of the aphelion progress through the seasons, and they make one complete cycle in 22,000 to 26,000 years. There is a corresponding movement of the position of the stars as seen from Earth that is called the apsidal precession. (This is closely related to the precession of the axis.)

Astronomers commonly express the timing of perihelion relative to the vernal equinox not in terms of days and hours, but rather as an angle of orbital displacement, the so-called longitude of the periapsis. For the orbit of the Earth, this is called the longitude of perihelion, and in 2000 was about 282.895 degrees. By the year 2010, this had advanced by a small fraction of a degree to about 283.067 degrees. (Wikipedia)