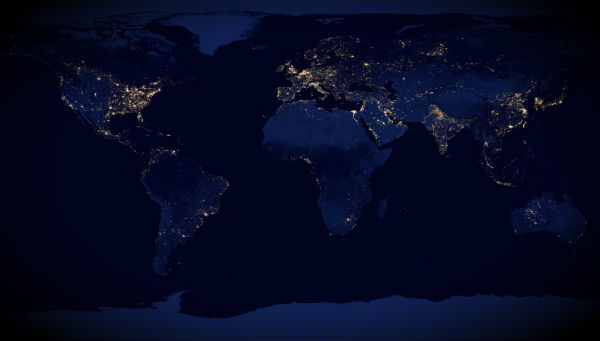 The Earth never sleeps. The night is nowhere near as dark as most of us think. In fact, Earth is never really dark; it twinkles with lights from humans and nature. Away from human settlements, light still shines – wildfires and volcanoes rage, oil and gas wells burn like candles, auroras dance across the polar skies and moonlight and starlight reflect off the water, snow, clouds, and deserts. Even the air and ocean sometimes glow.

NASA/NOAA scientists unveiled an unprecedented new look at our planet at night at the American Geophysical Union meeting in San Francisco on December 5, 2012. A global composite image was constructed using cloud-free night images from a new NASA and National Oceanic and Atmospheric Administration (NOAA) satellite and it shows the glow of natural and human-built phenomena across Earth in greater detail than ever before. 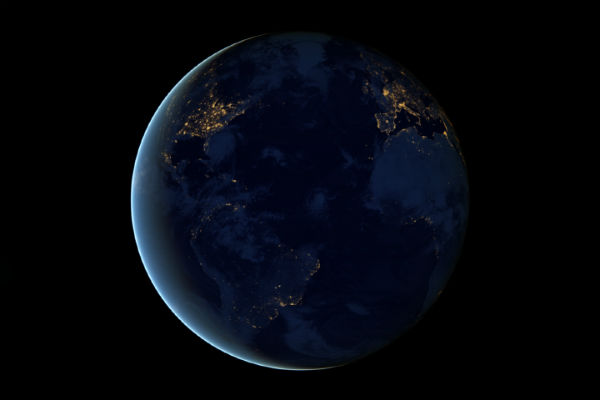 The data was acquired over nine days in April 2012 and thirteen days in October 2012. It took satellite 312 orbits and 2.5 terabytes of data to get a clear shot of every parcel of Earth’s land surface and islands. This new data was then mapped over existing Blue Marble imagery to provide a realistic view of the planet. 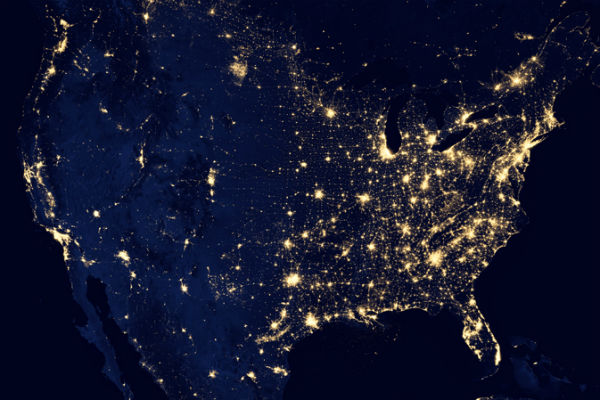 This image of the continental United States at night is a composite assembled from data acquired by the Suomi NPP satellite in April and October 2012. Credit: NASA Earth Observatory/NOAA NGDC)

New sensor aboard the NASA-NOAA Suomi National Polar-orbiting Partnership (NPP) satellite launched last year, allows scientists to observe Earth’s atmosphere and surface during nighttime hours. Visible Infrared Imaging Radiometer Suite or VIIRS sensor is sensitive enough to detect the light from a single ship in the sea. VIIRS is able to detect a more complete view of storms and other weather conditions, such as fog, that are difficult to discern with infrared, or thermal, sensors. The instrument can capture images on nights with or without moonlight, producing crisp views of Earth’s atmosphere, land and ocean surfaces. 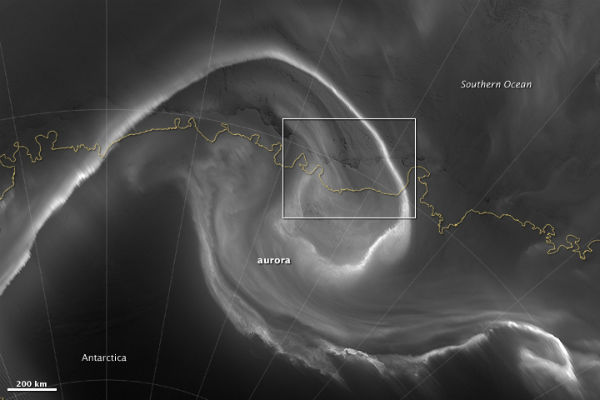 The day-night band produces an image by repeatedly scanning a scene and resolving it as millions of individual pixels. Then, the day-night band reviews the amount of light in each pixel. If it is very bright, a low-gain mode prevents the pixel from oversaturating. If the pixel is very dark, the signal is amplified.

VIIRS detects light in a range of wavelengths from green to near-infrared and uses filtering techniques to observe dim signals such as city lights, auroras, wildfires, and reflected moonlight. This low-light sensor can distinguish night lights with ten to hundreds of times better light detection capability than scientists had before. 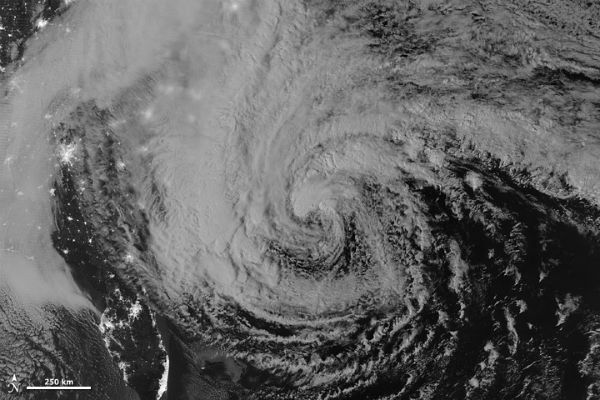 The polar-orbiting satellite flies over any given point on Earth’s surface twice each day. Suomi NPP orbits 824 kilometers (512 miles) above the surface as it circles the planet 14 times a day. Data is sent once per orbit to a ground station in Svalbard, Norway, and continuously to local direct broadcast users around the world. The mission is managed by NASA with operational support from NOAA and its Joint Polar Satellite System, which manages the satellite’s ground system.

Explore light on the black marble, Earth at night

Our big, blue marble is all land, oceans and clouds in daylight, and during the night it becomes electric. The video bellow by NASA’s Goddard Space Flight Center, provides a narrated tour of some highlights of the new Suomi NPP Earth at night imagery.

Video above: Nighttime image by the day-night band of the satellite’s Visible Infrared Imaging Radiometer Suite VIIRS. It combines the Earth at night view created by NASA’s Earth Observatory with data processed by NOAA’s National Geophysical Data Center with the EO Blue Marble: Next Generation.

More views of Earth at night from NASA Earth Observatory

Learn more about the VIIRS day-night band and nighttime imaging of Earth: Out of the Blue and Into the Black