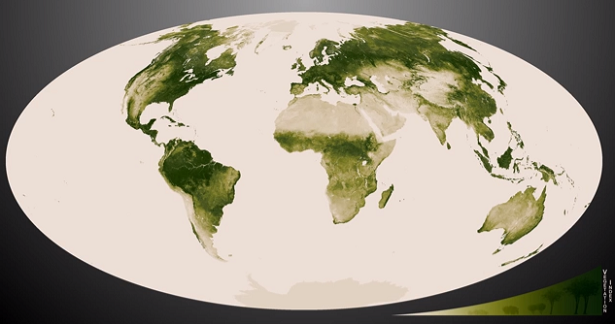 Although 75% of the planet is a relatively unchanging ocean of blue, the remaining 25% of Earth's surface is a dynamic green. NASA/NOAA Suomi NPP satellite is able to detect these subtle differences in greenness. Those resources highlight our ever-changing planet, using highly detailed vegetation index data from the satellite, developed by scientists at NOAA.

The darkest green areas are the lushest in vegetation, while the pale colors are areas sparse in vegetation coverd either with snow, rock, effected by drought or urban areas. Satellite data from April 2012 to April 2013 was used to generate incredible animations and images.

Vegetation changes are seen to subtlety alter over one year in videos below, using vegetation index data from the NASA/NOAA Suomi NPP satellite.

Satellites observe global-scale patterns of vegetation that scientists use to study changes in plant growth as a result of climate and environmental changes as well as human activity. Photosynthesis plays a big role in removing carbon dioxide from the atmosphere and storing it in wood and soils, so mapping vegetation is a key part of studying the carbon cycle. Farmers and resource managers also use satellite-based vegetation maps to help them monitor the health of our forests and croplands. 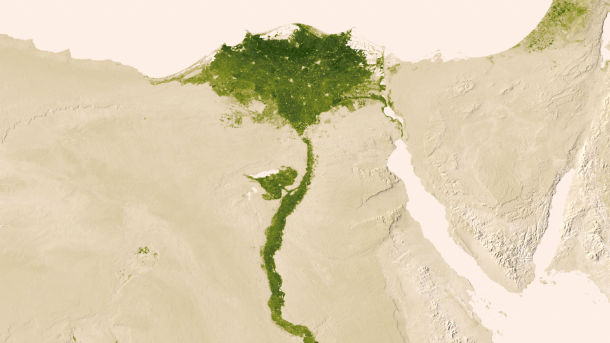 ​​Amidst the deserts of Egypt, the Nile River provides life-sustaining water to the region. Also visible are the urbanized areas of northern Egypt.(Credit: NASA/NOAA) 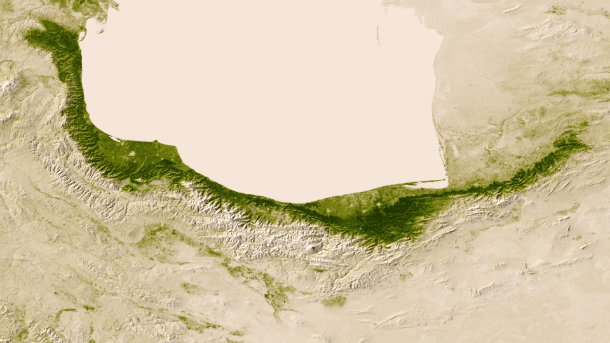 Moisture from the Caspian Sea precipitates on the northern edge of the Elburz Mountains, and on the southern edge, deserts emerge in the rain shadow.(Credit: NASA/NOAA) 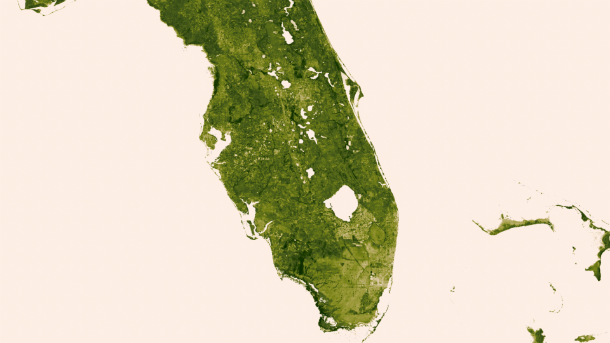 The "river of grass" extending south of Lake Okeechobee shows clear signs of its modified state with areas of dense agriculture, urban sprawl and water conservation areas delineated by a series of waterways that crisscross Southern Florida. (Credit: NASA/NOAA)

You can view, download, or analyze more of this data from NASA Earth Observations (NEO): Vegetation