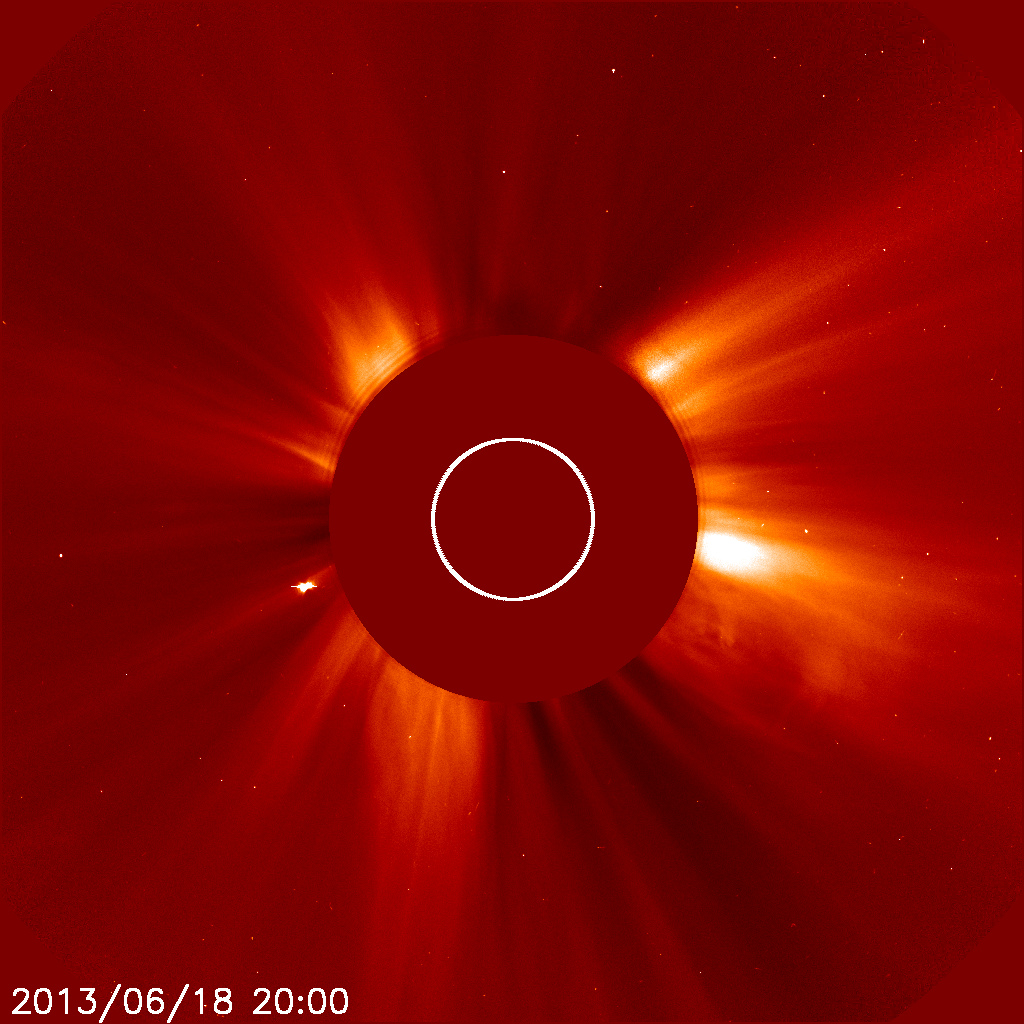 On June 19, 2013 NASA`s SOHO coronagraphs observed an eclipse of Jupiter by the Sun, as the planet got directly behind the solar disk; being totally obscured. This event is a rare Jupiter solar conjunction, that happens only twice within Jupiter`s 12-year orbit around the Sun. In contrast to a regular Jupiter solar conjunction, that occurs every 13 months, during which the giant planet passes either slightly above or below the Sun (because of its lightly ecliptic orbit), Jupiter got directly behind the Sun on June 19, 2013.

In videos below you can watch this rare event filmed by NASA`s Solar and Heliospheric Observatory (SOHO).

Alternate view from SOHO`s LASCO C3, showing Jupiter`s approach to the Sun through June 16-18 as it finally disappears in the solar glare:

A conjunction occurs when two astronomical objects have either the same right ascension or the same ecliptical longitude, normally when observed from the Earth. In the case of two objects that always appear close to the ecliptic – such as two planets, or the Moon and a planet, or the Sun and a planet – this implies an apparent close approach between the objects as seen on the sky. In contrast, the term appulse is defined as the minimum apparent separation on the sky of two astronomical bodies.

Conjunctions therefore involve two Solar System bodies, or one Solar System body and one more distant object such as a star. A conjunction is an apparent phenomenon caused by perspective only: there is no close physical approach in space between the two objects involved. Conjunctions between two bright objects close to the ecliptic, such as two bright planets, can be easily seen with the naked eye and can attract some public interest.