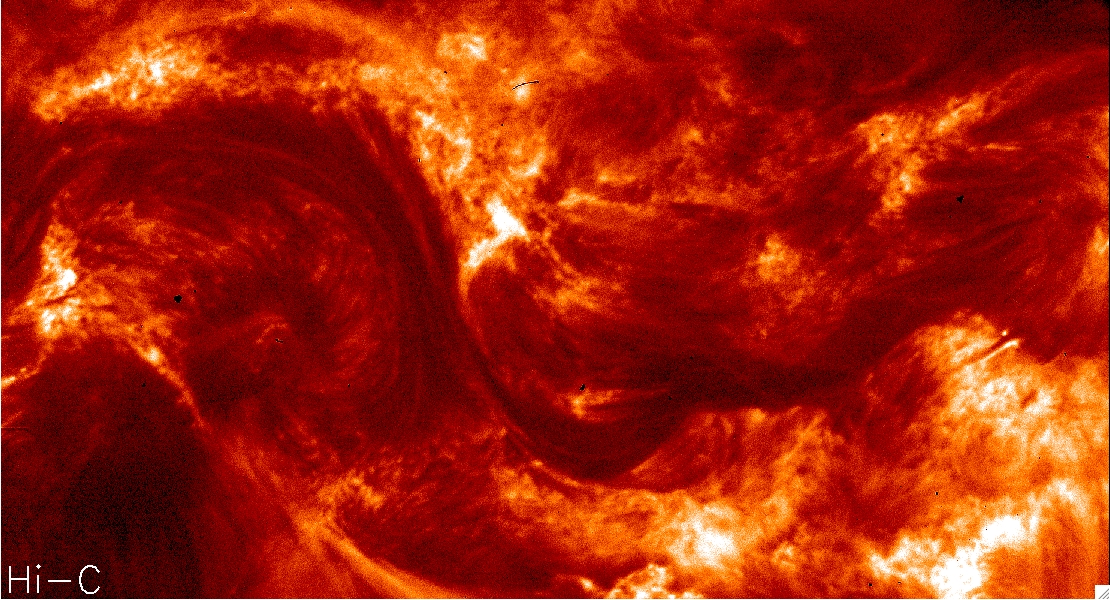 Hi-C telescope was launched on July 11, 2012 aboard a NASA sounding rocket and has captured the highest-resolution images ever taken of the sun’s million-degree atmosphere called the corona. The clarity of the images can help scientists better understand the behavior of the solar atmosphere and its impacts on Earth’s space environment.

“These revolutionary images of the sun demonstrate the key aspects of NASA’s sounding rocket program, namely the training of the next generation of principal investigators, the development of new space technologies, and scientific advancements,” said Barbara Giles, director for NASA’s Heliophysics Division at NASA Headquarters in Washington. 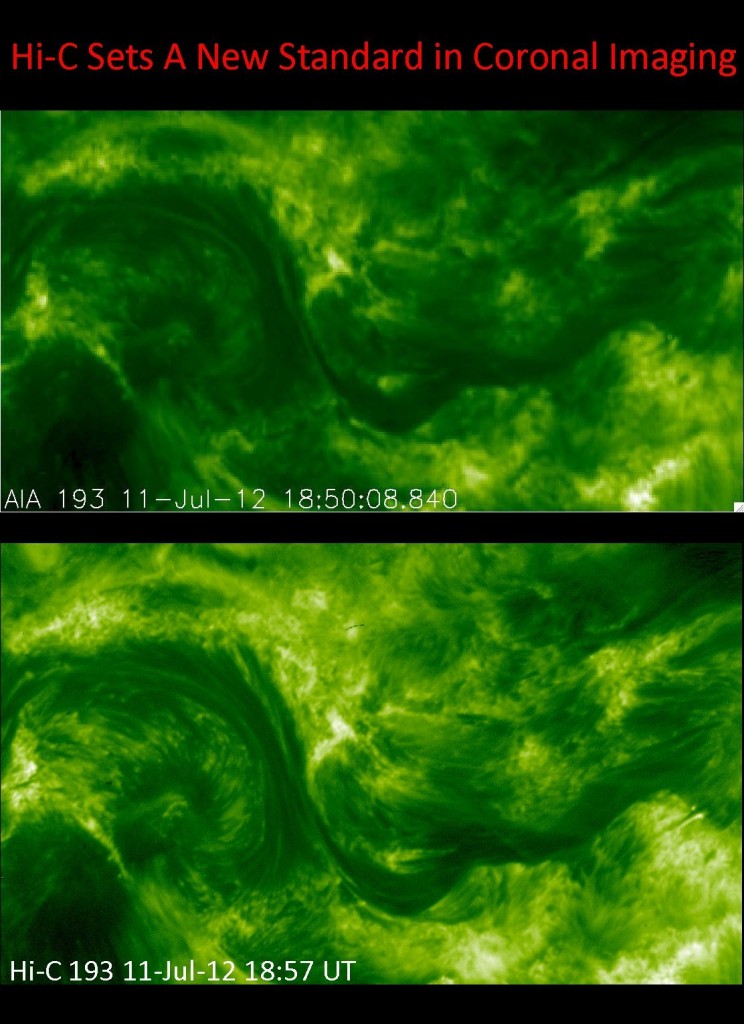 “We have an exceptional instrument and launched at the right time,” said Jonathan Cirtain, senior heliophysicist at NASA’s Marshall Space Flight Center in Huntsville, Ala. “Because of the intense solar activity we’re seeing right now, we were able to clearly focus on a sizeable, active sunspot and achieve our imaging goals.”

The telescope acquired data at a rate of roughly one image every 5 seconds. Its resolution is approximately five times more detailed than the Atmospheric Imaging Assembly (AIA) instrument flying aboard NASA’s Solar Dynamics Observatory (SDO). For comparison, AIA can see structures on the sun’s surface with the clarity of approximately 675 miles and observes the sun in 10 wavelengths of light. Hi-C can resolve features down to roughly 135 miles, but observed the sun in just one wavelength of light.

The high-resolution images were made possible because of a set of innovations on Hi-C’s optics array. Hi-C’s mirrors are approximately 9 1/2 inches across, roughly the same size as the SDO instrument’s. The telescope includes some of the finest mirrors ever made for space-based instrumentation. The increase in resolution of the images captured by Hi-C is similar to making the transition in television viewing from a cathode ray tube TV to high definition TV.

Initially developed at Marshall, the final mirror configuration was completed with inputs from partners at the Smithsonian Astrophysical Observatory (SAO) in Cambridge, Mass., and a new manufacturing technique developed in coordination with L-3Com/Tinsley Laboratories of Richmond, Calif.

The high-quality optics were aligned to determine the spacing between the optics and the tilt of the mirror with extreme accuracy. Scientists and engineers from Marshall, SAO, and the University of Alabama in Huntsville worked to complete alignment of the mirrors, maintaining optic spacing to within a few ten-thousandths of an inch.

Featured image: NASA’s High Resolution Coronal Imager, or Hi-C, captured the highest-resolution images ever taken of the sun’s corona in the extreme ultraviolet wavelength. The innovative telescope, launched on a sounding rocket at White Sands Missile Range in New Mexico July 11, 2012, focused on a large active region on the sun. The resulting images reveal the dynamic structure of the solar atmosphere in the finest detail ever seen. (NASA)