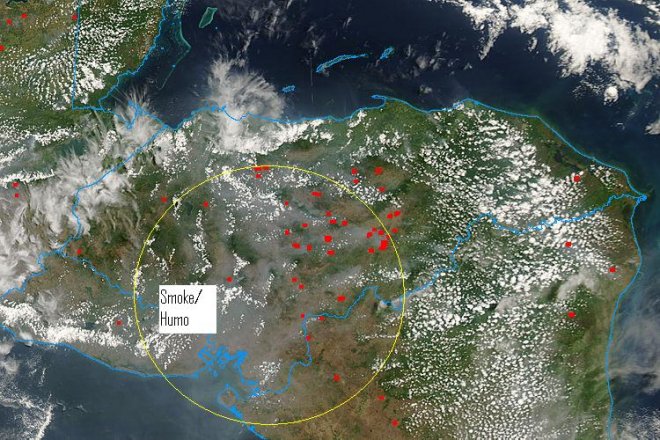 A remote-controlled Earth-observing camera system called ISERV will be launched to the International Space Station (ISS) aboard the Japan Aerospace Exploration Agency’s third H-II Transfer Vehicle (HTV-3) this week. Once installed, the system will be directed by researchers on the ground to acquire imagery of specific areas of the globe for disaster analysis and environmental studies.

ISERV Pathfinder is a new imaging instrument designed and built at NASA’s Marshall Space Flight Center in Huntsville, Ala. The HTV-3 launch is scheduled for 10:06 p.m. EDT July 20 from the Tanegashima Space Center in southern Japan.

ISERV stands for the International Space Station SERVIR Environmental Research and Visualization System. The space station provides researchers a unique perspective through global observations from space. SERVIR is a Spanish acronym meaning “to serve.” Also known as the Regional Visualization and Monitoring System, the program provides satellite data and tools to environmental decision makers in developing countries. SERVIR is a partnership between NASA and the U.S. Agency for International Development (USAID). 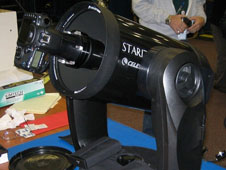 ISERV will be installed in the Window Observational Research Facility (WORF) in the station’s Destiny laboratory. The system is intended to help scientists gain operational experience and expertise and inform the design of a more capable system in the future. Ideally, a future operational system will be able to monitor disasters on Earth.

“ISERV came about because officials in developing countries are sometimes unable to acquire the images they need to address environmental threats and provide post-disaster assessments,” said Nancy Searby, capacity building program manager for the SERVIR program at NASA Headquarters in Washington. “The SERVIR team approached NASA’s ISS and Earth Science Applied Sciences Program with the concept of acquiring the needed imagery from the ISS. The ISERV test bed payload is a result of that collaboration.”

The ISERV system, based on a modified commercial telescope and driven by custom software, will use the Earth-facing Destiny science window to obtain images of Earth’s surface. It will then transmit the data to scientists on the ground.

“Images captured from ISERV on the ISS could provide valuable information back here on Earth,” said Dan Irwin, SERVIR program director at Marshall. “We hope it will provide new data and information from space related to natural disasters, environmental crises and the increased effects of climate variability on human populations.”

ISERV is the first of an envisioned series of space station Earth-observing instruments, each to feature progressively more capable sensors. Future sensors could be mounted on the exterior of the station for a clearer, wider view of Earth. ISERV development was funded as a collaboration between NASA’s Human Exploration and Operations Directorate and the Science Mission Directorate’s Earth Science Division Applied Sciences Program.

The team at the Payload Operations Center at Marshall is creating computer-based materials for training the space station crew to assemble and install ISERV in the WORF rack. Normal operations aboard station are set to begin in November.

“The addition of ISERV will enhance the growing set of tools aboard the station to monitor Earth,” said Julie Robinson, International Space Station program scientist at NASA’s Johnson Space Center in Houston. “It reaffirms the station’s commitment to helping solve global issues.”

SERVIR consists of a coordination office and student research laboratory at Marshall and active hubs located in Kenya and Nepal as well as a network affiliate in Panama. The coordination develops application prototypes for the SERVIR website, and integrates new or relevant technologies from NASA and other scientific research partner organizations into the system to meet the needs of the host countries. SERVIR’s primary technical work occurs at the hubs, which are staffed by in-country and in-region experts. The hubs coordinate with other international and national organizations in their respective regions regarding climate change, environmental monitoring, disasters, weather and mapping, among others.

Featured image: True color image of fires in Nicaragua and Honduras from the NASA Aqua satellite, Moderate Resolution Imaging Spectroradiometer (MODIS) sensor, April 27, 2008. The red dots are hot areas (thermal anomalies) detected by the satellite. Smoke from the fires is circled in the image.  Credit: NASA