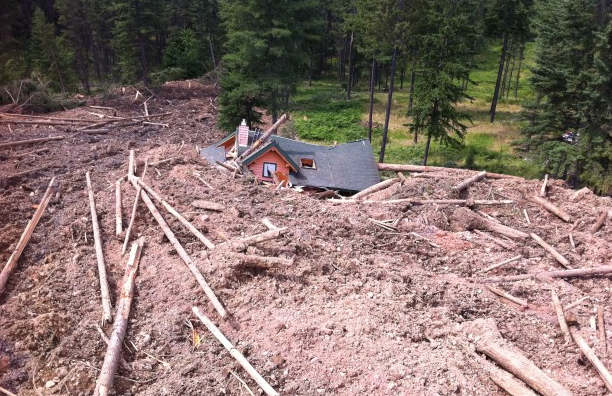 A large landslide hit the Kootenay community, 275 km from Johnsons Landing in British Columbia on July 12. Four people are still unaccounted for after a landslide but there are unconfirmed information that two bodies have been recovered. Emergency officials said the three homes caught in the slide were “severely impacted” as the muck and debris gave way in a deluge from Gar Creek above the homes. A state of local emergency has been declared for the Johnsons Landing area of Area D. 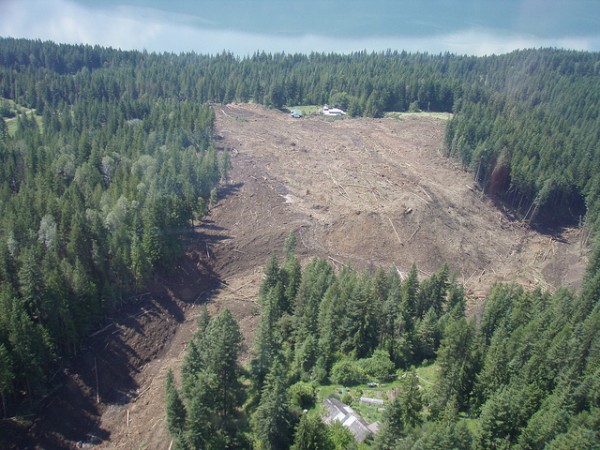 “In 40 seconds, the entire landscape changed. So I was just in awe and in shock and in fear for our neighbours at the same time,” said Richard Ortega, who owns the Johnsons Landing retreat centre near where the landslide hit.

The slide occurred on the east shore on the north arm of Kootenay Lake. Last month, the lake reached its highest level in 40 years due to heavy rainfall and accumulation of run-off. But it is assumed for now, that this two events are not related. 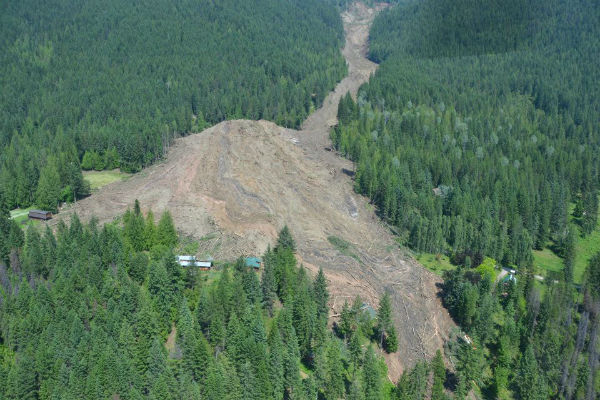 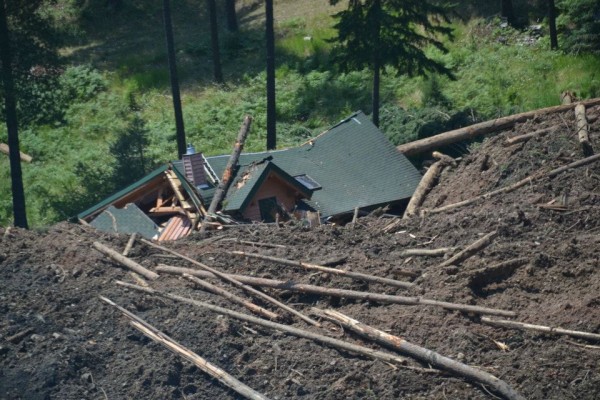 The combination of heavy rain, above-normal snowmelt in the spring and perhaps logging practices in British Columbia are believed to be factors contributing this massive landslide. However, the weather at the time of the event is reported to have been sunny and warm. Downpours hit British Columbia on Saturday along the northern rim of warmth dominating in the West, contributing to a landslide in Johnson’s Landing, British Columbia. 100-125%of normal rainfall has fallen in the area since April of 2012.

The University of Oregon released a study a couple of years ago that said clear-cut logging disrupts the soil stability and leads to serious soil erosion during heavy rainfall events. The removal of low-level vegetation that would normally protect mountainous areas from mudslides are removed in clear-cut logging. 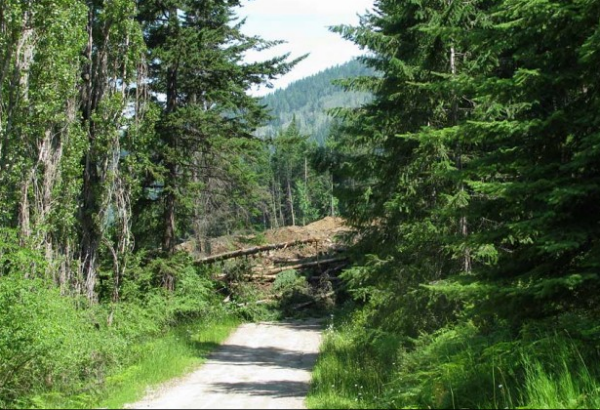 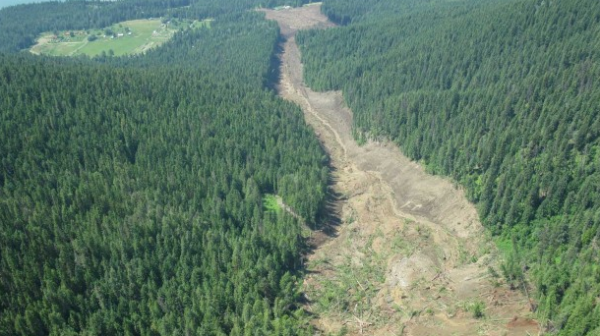 It appears that after an initial failure the landslide debris followed an existing channel and then spilled over the bank and down the slope, with some of the debris remaining in the channel. 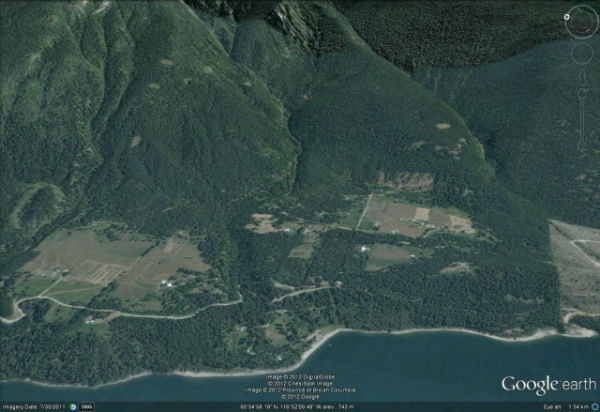 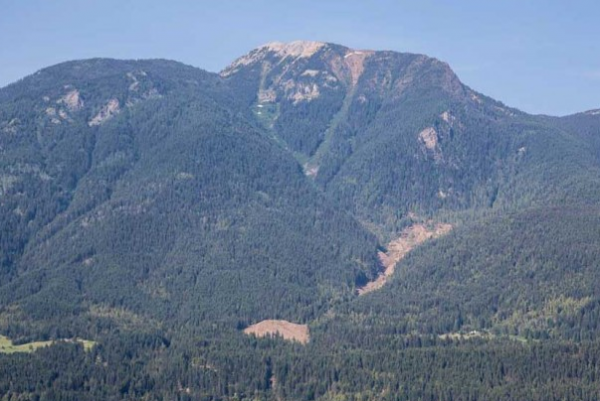 On July 13, there was a secondary landslide. Watch this dramatic video recorded at the moment of the event. 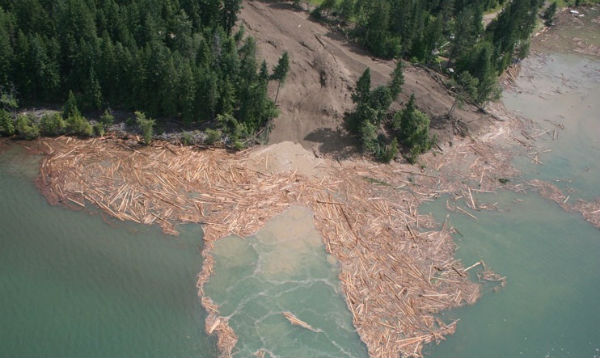