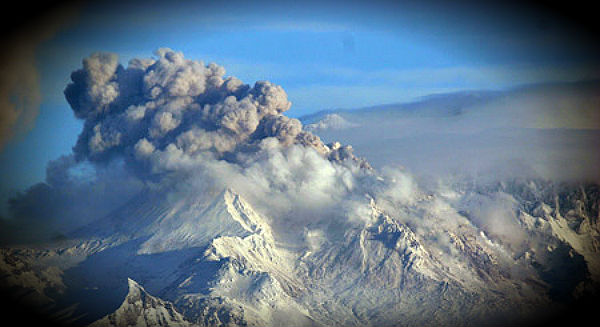 Shiveluch is one of the most active volcanoes on Earth. During the first three weeks of April 2012, brief bursts of volcanic activity left radial streaks of ash on the surrounding snow. Explosive-extrusive-effusive eruption of the volcano continues. Ash explosions is up to 10 km (32,800 ft). Aerosol and ash plumes can be dangerous for flights on international and domestic airlines. Aviation color code is currently orange for Shiveluch and Karymsky volcanoes. (Volcano is exhibiting heightened unrest with increased likelihood of eruption. Volcanic eruption is underway with no or minor ash emission.) 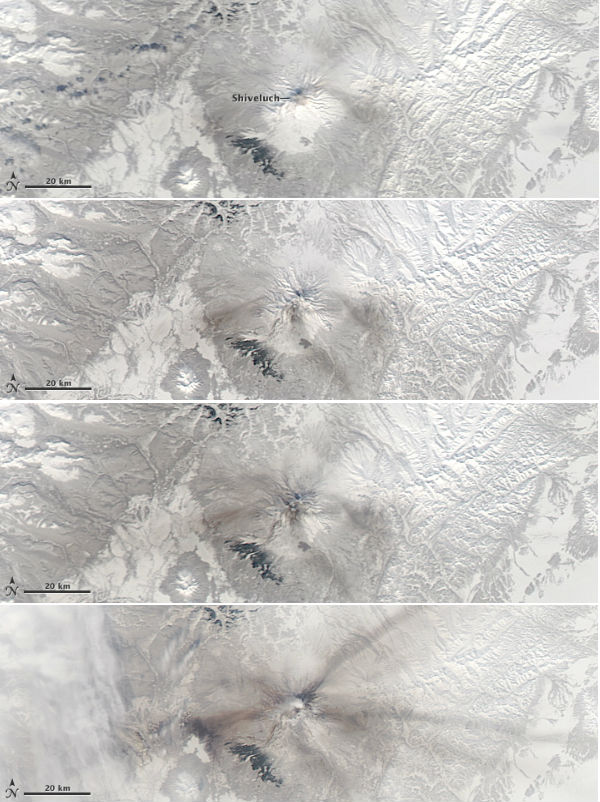 From April 4 until April 22, little to no new snow fell on the region, leaving the ash visible. The wind direction at the time of the eruption determined the alignment of each streak. Stronger or lengthier eruptions, as well as stronger winds, likely produced the longer streaks. It is vaguely possible that some of the streaks are the result of melting snow revealing older ash deposits.

The Kamchatka Volcanic Emergency Response Team (KVERT) reported ash plumes that extended up to 120 kilometers (74 miles) from Shiveluch on April 17th and 18th. One of these eruptions is likely the source of the streak that extends to the northeast (upper right) in the April 22nd image. A small ash cloud is visible in the April 4th image, and another plume, probably composed of steam and other volcanic gases, is apparent in the April 22nd image.