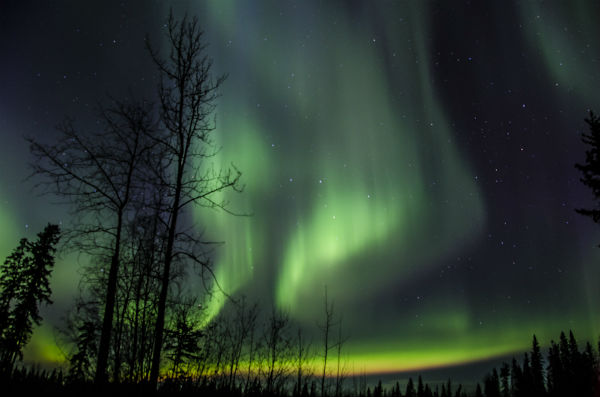 A long-lasting Geomagnetic Storm that reached very close to the Strong G3 Level (Kp =6) took place Monday night and early Tuesday morning. Ham Radio operators were able to make numerous contacts via the Aurora on the 6 meter (50mhz) amateur radio band. This storm was due to a sharply south pointing component of the Interplanetary Magnetic Field (IMF) that allowed the solar wind to flow in and generate aurora. Things are now starting to return to quieter levels. 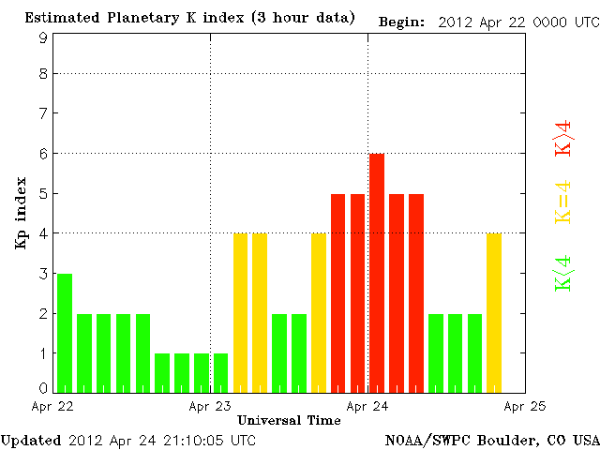 Type II emissions occur in association with eruptions on the sun and typically indicate a coronal mass ejection is associated with a flare event. 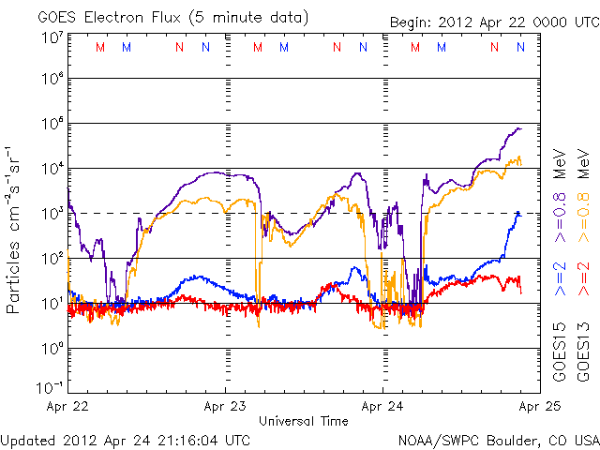 A G2 (Moderate) geomagnetic storm took place overnight as a result of the partial halo coronal mass ejection (CME) observed on 19 April.  Storming has subsided at this point but G1 (Minor) conditions are possible again on 26 April as another CME is expected to make its way past Earth. 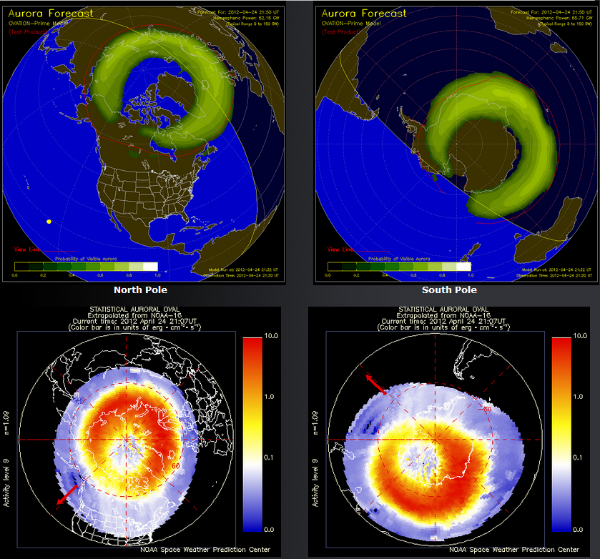 A couple of new sunspots are rotating into view off the eastern limb. One of these regions located off the northeast limb produced a C3.7 Solar Flare at 07:45 UTC this morning and was associated with a Type II Sweep Frequency Event and CME. Due to the spots location, the plasma cloud should be directed mostly towards the east. There are no large coronal holes on the Earthside of the sun.