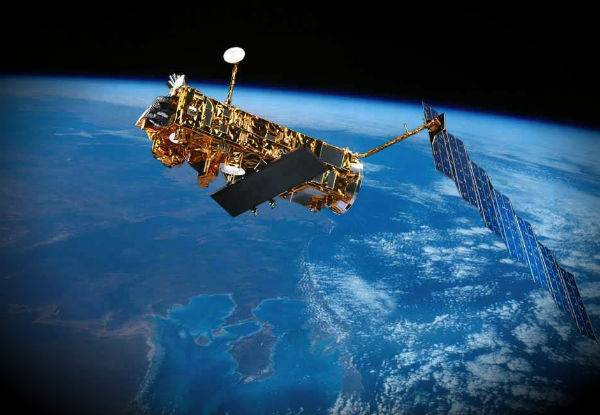 The European Space Agency is struggling to restore contact with its Envisat, the largest civilian Earth-observation satellite ever to fly in space. The first sign that there was a problem came on April 8th when contact with the satellite was unexpectedly lost, preventing the reception of any data as it passed over the Kiruna ground station in Sweden.

ESA’s mission control team declared a spacecraft emergency and immediately called for support from additional ESA tracking stations around the world. A team of operations and flight dynamics specialists and engineers was quickly assembled. In a concerted effort, the recovery team, which included experts from industry, spent the next days trying to re-establish communications with the satellite. While it is known that Envisat remains in a stable orbit around Earth, efforts to resume contact with the satellite have, so far, not been successful.

It is the “world’s most complex Earth-observation satellite” that has performed above and beyond its original mission. The $2.9 billion satellite is one of the most expensive ever built and the largest non-military satellite to observe the Earth from orbit. It is about 10 meters long (30 feet) and 5 m wide (16 feet), with a huge solar array that is about 5 m wide (16 feet) and 14 m long (46 feet). The 10-year-old spacecraft weighs about 8,000 kilograms (17,600 pounds). It has been a prolific source of Earth-observation imagery, so much so that after its successful five-year mission ended it kept going for an extra five years. Although this landmark mission has been in orbit twice as long as it was designed for, ESA hopes to keep the satellite in service until the launch of the successor Sentinel missions. 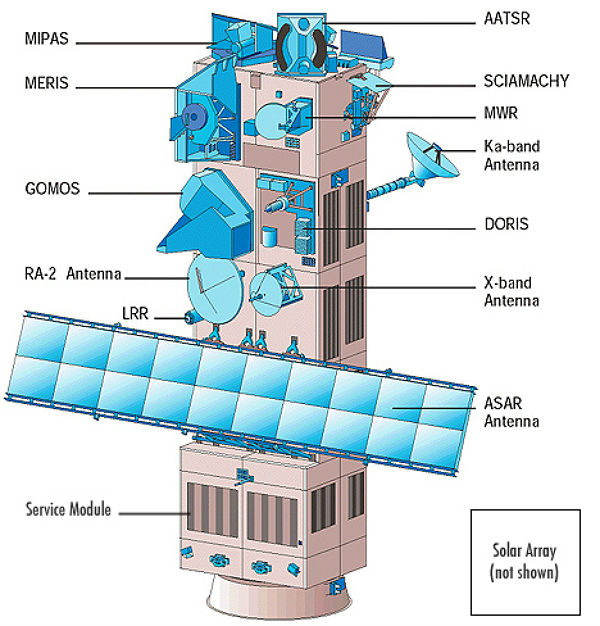 Envisat orbits the Earth at an altitude of about 782 kilometers (486 miles) and it completes one trip around the planet every 100 minutes.  Since it was launched in 2002, this remarkable satellite has orbited Earth more than 50 000 times delivering thousands of images and a wealth of data to study and understand our changing planet, establishing itself as a landmark success in observing Earth from space. 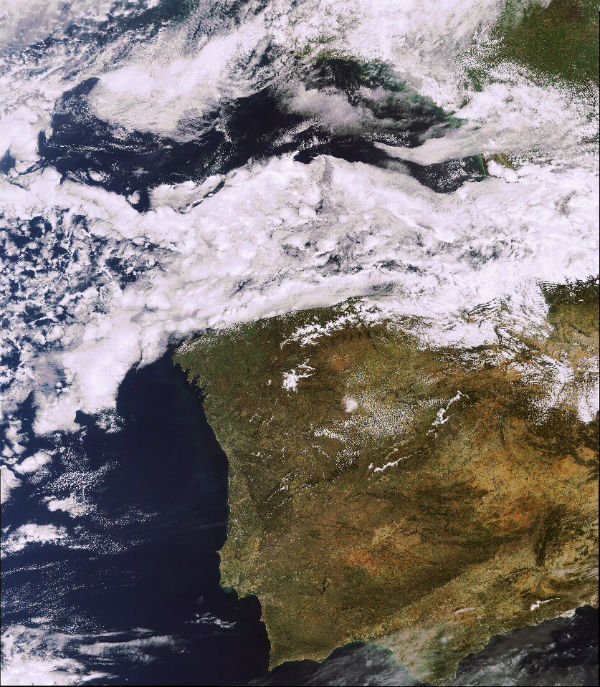 Envisat’s primary mission has been to study the Earth with 10 sensitive instruments to map the planet’s land, oceans, ice and atmosphere in extreme detail. It has been used by more than 4,000 projects representing 70 different countries. The spacecraft was slated to be retired in 2013, when a new series of Earth-watching satellites — called GMES Sentinel — is scheduled to launch. A contingency agreement with the Canadian Space Agency on Radarsat will be activated in order to continue to serve some of the user requirements if the problem with Envisat persists. 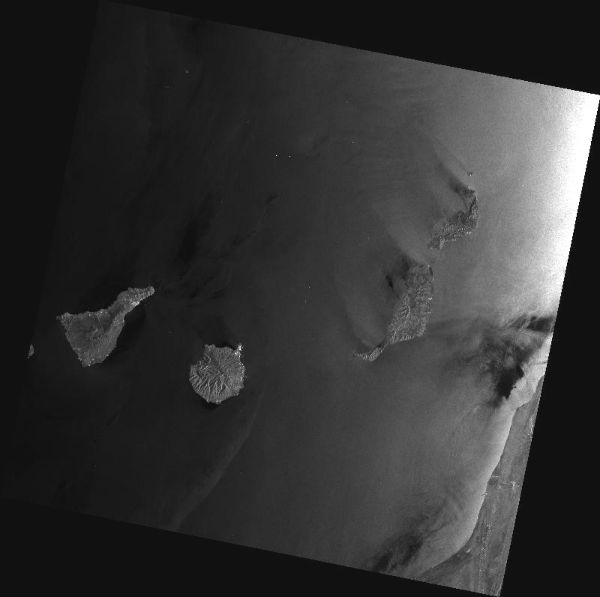 Once in retirement and in a near-polar orbit at 486 miles (782.4 km) in altitude, Envisat will become what space debris experts say is a huge problem that will not go away for about 150 years. That is how long it will take for Envisat, given its orbit and its area-to-mass ratio, to be gradually pulled into the Earth’s atmosphere. However, it is still too early to know if Envisat is permanently lost or can be recovered in the coming days.

Envisat’s configuration in orbit makes it a unique concern, even beyond its weight. The satellite’s in-orbit size is 26 meters by 10 meters by five meters. Its suite of observing instruments uses a small farm of antennas that likely have become more fragile after a decade in orbit. That means that even a small piece of debris could cause what debris specialists refer to as a “fragmentation event” that would produce its own population of space garbage. The satellite is simply too big to be allowed to drift into the Earth’s atmosphere.

Envisat was built with a fuel tank used by the French Spot 4 optical Earth observation satellite, whose launch weight was less than half of Envisat’s.

An analysis of the space debris environment at Envisat’s orbit suggests that there is a 15 % to 30 % chance of the satellite colliding with another piece of junk during the 150 years it remains in orbit. But that likelihood is based on the current population of space debris in low Earth orbit remaining constant during the period – a scenario no one believes is remotely possible.