extreme weather  Powerful derecho wreaks havoc across the Midwest - one of the worst weather events of 2020 in the U.S.

A moderate solar flare reaching M1.7 took place at 17:45 UTC on April 16th. The eruption was centered around a returning region near the northeast limb. It was  one of the most visually-spectacular explosions in years according to SpaceWeather.com. Generated CME was not Earth-directed but it confirms suspicions that a significant active region is rotating onto the Earth-side of the sun. A CME produced by the blast is likely to hit NASA's STEREO-B spacecraft, but probably no planets.

The storm is not the strongest this year from the sun, but photos and video of the solar flare captured by NASA spacecraft revealed it to be an eye-popping display of magnetic plasma. 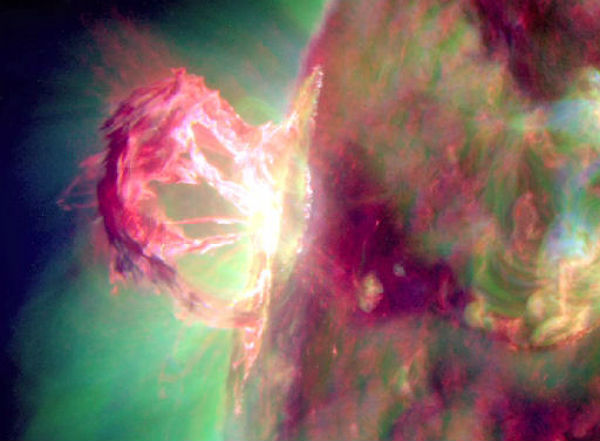 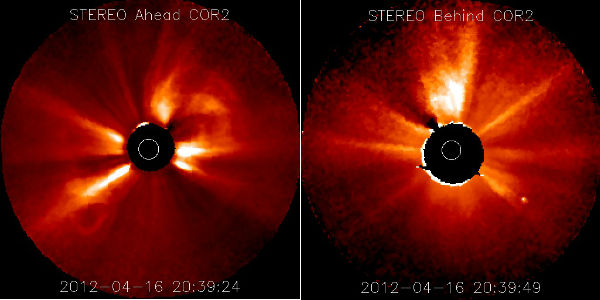 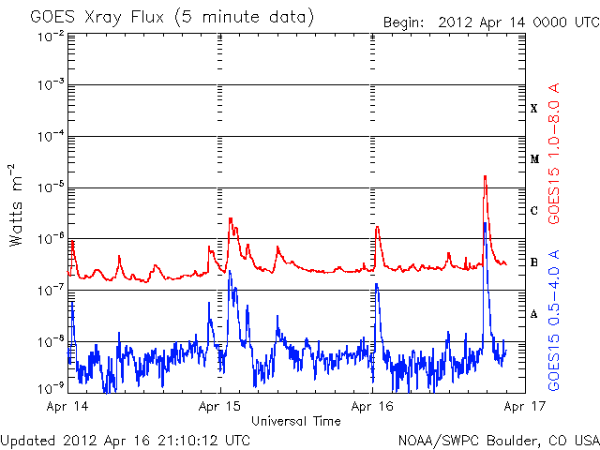 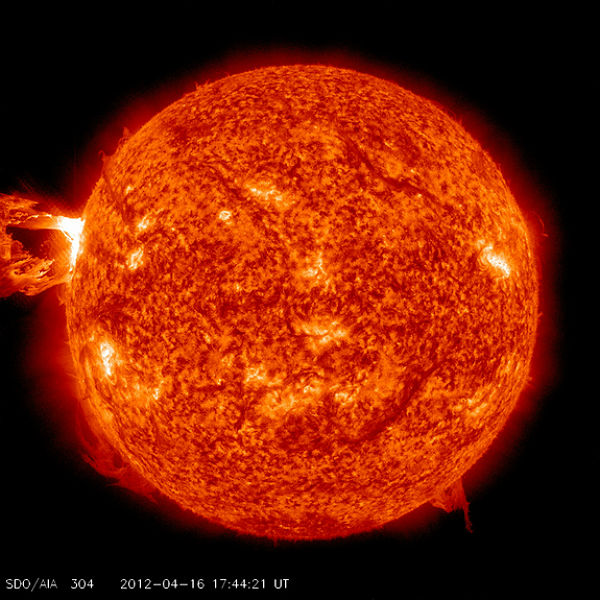 Using data from SDO, Steele Hill of NASA's Goddard Space Flight Center has assembled a must-see movie of the event. The movie shows the explosion unfolding at 304 Angstroms, a wavelength which traces plasma with a temperature around 80,000 K.

The active region off the northeast limb is now rotating into view and initially appeared to be spotless. Old Sunspot 1442 will soon be making its return to the Earth facing side of the Sun. Sunspot 1455 which is turning closer to the western limb with every passing hour, did form some new spots on Sunday. This region may produce C-Class flares. Sunspot cluster 1459 in the southeast quadrant covers a large area but has yet to produce a noteworthy flare. There will remain a small risk for an M-Class event. 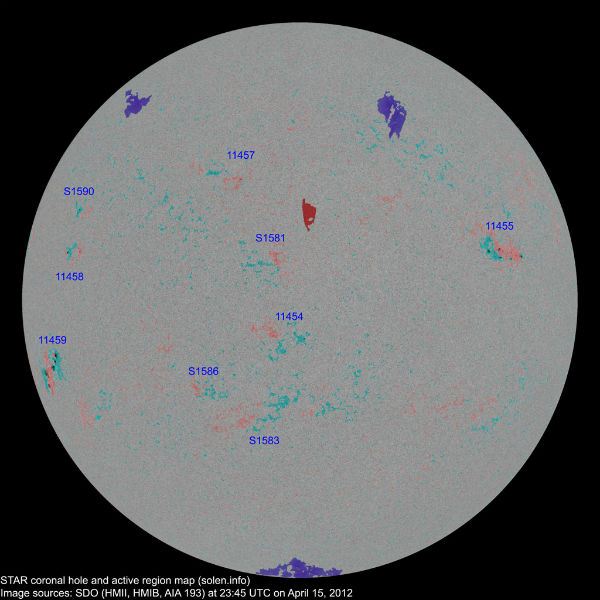 Featured image: A beautiful prominence eruption shot off the east limb (left side) of the sun on Monday, April 16, 2012. This view of the flare was recorded by NASA's Solar Dynamics Observatory. (Credit: NASA/GSFC/SDO)