Ambrym (Vanuatu) is showing signs of activity. After a longer period of silence on Modvolc, a strong thermal signal is again visible at Marum and Benbow craters on the MODIS Global Hot Spot monitoring tool from the University of Hawaii (ModVolc). It is difficult to obtain reliable information about the lava lakes of Ambrym during cyclone season (November until March). Often, large clouds cover the island, which makes visual observations hard. Also, our local contacts rarely climb the volcano during cyclone season. (VolcanoDiscovery) 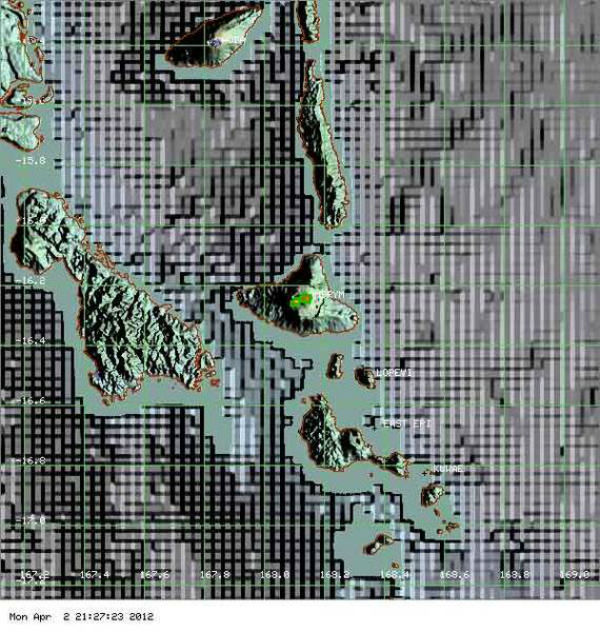 Ambrym, a large basaltic volcano with a 12-km-wide caldera, is one of the most active volcanoes of the New Hebrides arc. A thick, almost exclusively pyroclastic sequence, initially dacitic, then basaltic, overlies lava flows of a pre-caldera shield volcano. The caldera was formed during a major plinian eruption with dacitic pyroclastic flows about 1900 years ago. Post-caldera eruptions, primarily from Marum and Benbow cones, have partially filled the caldera floor and produced lava flows that ponded on the caldera floor or overflowed through gaps in the caldera rim. Post-caldera eruptions have also formed a series of scoria cones and maars along a fissure system oriented ENE-WSW. Eruptions have apparently occurred almost yearly during historical time from cones within the caldera or from flank vents. However, from 1850 to 1950, reporting was mostly limited to extra-caldera eruptions that would have affected local populations. (GVP) 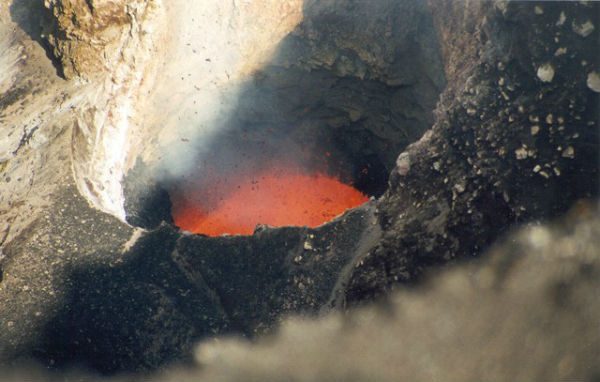