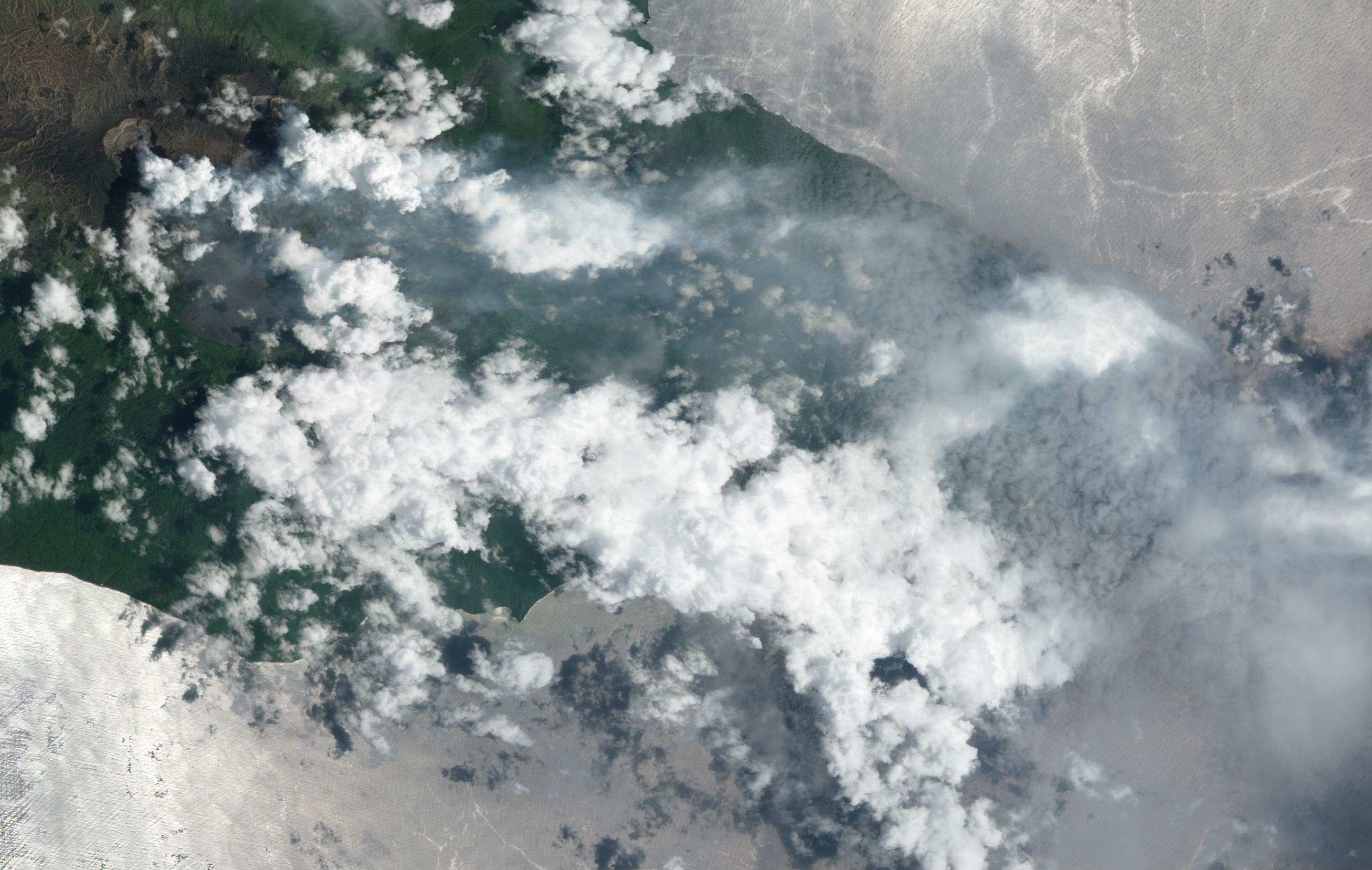 Vanuatu’s Ambrym volcano with its roiling pools of lava glow a deep orange, spewing fountains of lava and seemingly endless plumes of steam and gas. The Advanced Land Imager (ALI) aboard the Earth Observing-1 (EO-1) satellite captured twin lava lakes on Ambrym’s Marum cone on December 13, 2012. are visible. The larger of the two, which is gray, lies within Mbuelesu crater (to the southwest) while Mbuelesu has a secondary crater that contains a pinkish-gray lava lake. Active lava lakes often have a partly solid, shiny gray crust that forms as the atmosphere cools their surfaces. The crust is rarely more than 5 to 30 centimeters (2 to 12 inches) thick and usually lasts just a few hours because it continually circulates, breaks, and sinks into the molten lava below. The surface of smaller lake was especially agitated and the crust was absent or in the process of sinking back into the lake. 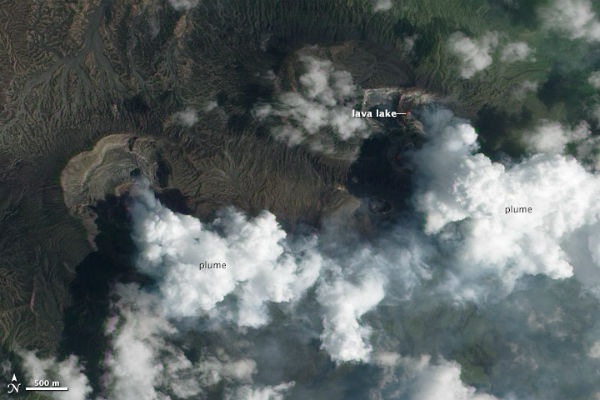 Ambrym, one of the most active volcanoes in the world, is a large basaltic volcano with a caldera that is about 12 kilometers (7 miles) wide. The most active vents of more than 2000 years old Ambrym are Marum and Benbow which have been roiling for the past 300 years. 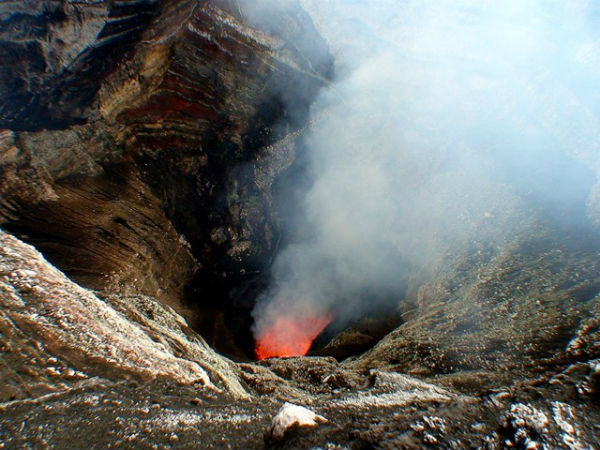 A lava lake is visible inside Mbuelesu crater within Marum cone at Ambrym on June 7, 2007. Lava lake activity was observed during a field expedition from May to June. MODIS thermal alerts had resumed at Ambrym since November, 2006, and ash eruptions took place in April and March, 2007. (Credit: Steven Clegg/GVP)