The volcanic activity at Ambrym is continuing at the level of minor eruption state and its Volcanic Alert Level remains at Level 3, the Vanuatu Meteorology and Geohazards Department (VMGD) reported on October 13, 2017.

The volcanic activity is highly likely to go through minor eruptive activity or decrease to a major level of unrest at any time, VMGD said.

Danger is restricted to visitors around any of the active craters. The risk is in the Danger Zone A and B which is about 2 km (1.2 miles) radius from Benbow and about 3 km (1.8 miles) radius from Marum (including Maben-Mbwelesu, Niri-Mbwelesu and Mbwelesu). See the map below: 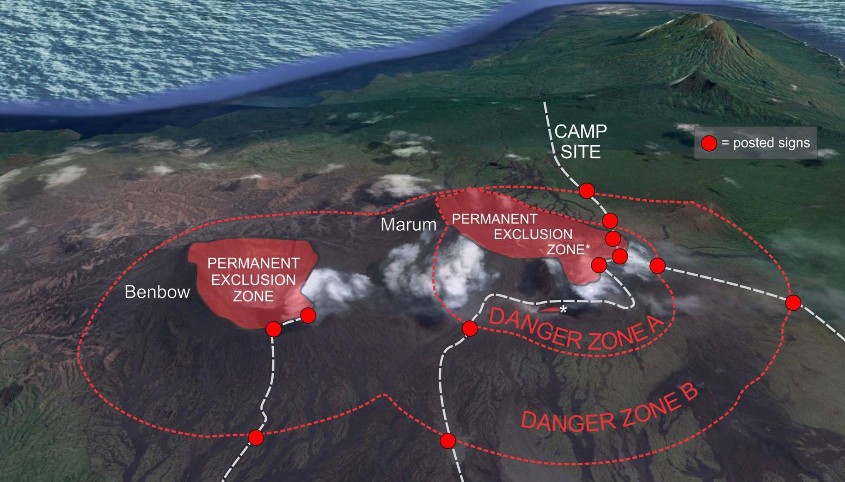 Observation flights on September 24 and 30, October 1 and 6, 2017 and the analysis of seismic data confirm the activity at the volcano is only occurring in the caldera. Photos taken during the observations flights show the activity consists of hot volcanic gas and steam.

Alert Level for Ambrym volcano was at the Level 2 since March 2, 2015. Based on its increased seismic activity and observation of ongoing significant volcanic gas and steam plumes on the web camera from August 2017, the Volcanic Alert Level (VAL) was raised to Level 3, which indicates ‘Minor eruption’; Danger on volcanic cones, within the caldera and other specific area, possibility of moderate eruption and also chance of flank eruption. 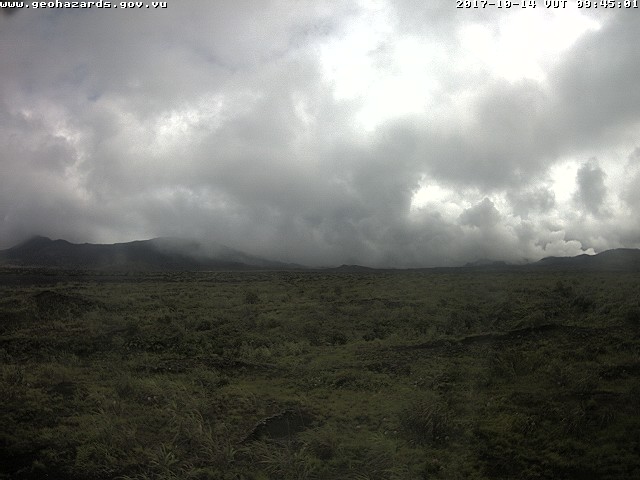 Ambrym volcano is a very active volcano in Vanuatu with large caldera of 12 km (7.4 miles) diameter and 2 active craters lakes Marum and Benbow. The volcano has been active during historical time at both summit and flank vents, producing moderate explosive eruptions and lava flows that reached coast.

"This is another reminder that all visitors to Ambrym volcano must not access the Danger Zone A and B which is about 2 km (1.2 miles) radius from Benbow and about 3 km (1.8 miles) radius from Marum. In these areas flying rock, volcanic ash and gases may be present occasionally," VMGD said.