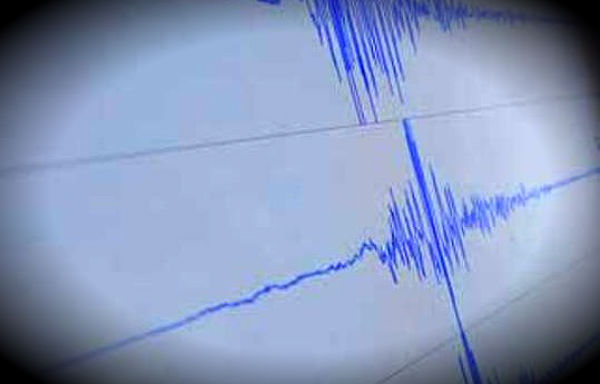 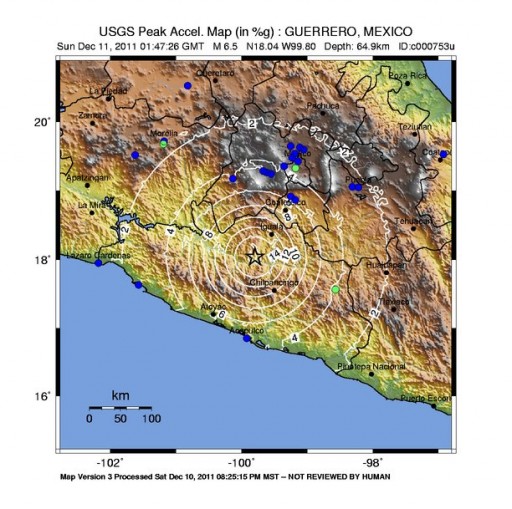 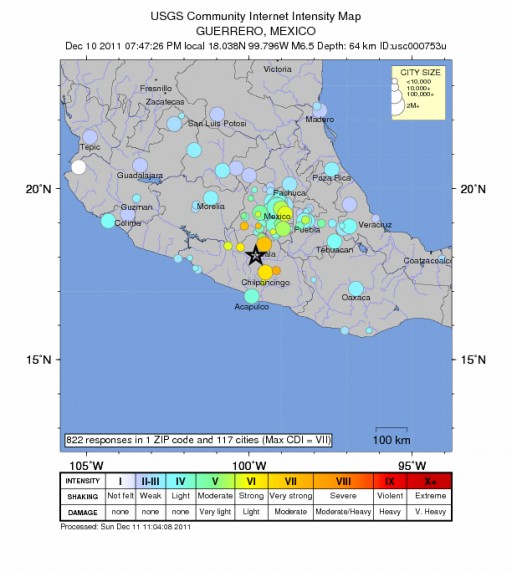 The seismological service said that the shaking lasted 47 seconds. WAPMERR, the theoretical damage engine has calculated that fatalities are possible and that several thousand people might have been injured. USGS PAGER issued yellow alert for estimated fatalities (43%) and economical losses (41%). Latest reports talk about 3 victims so far. In Chilpancingo, several houses and businesses were damaged, while the Cathedral of the Assumption of Mary has a serious crack in one of the towers. Civil Protection has continued monitoring of damage, mainly in Zumpango del Rio, where the epicenter occurred. Helicopters are flying over for more reports, as people gradually have returned inside their buildings in a city that is ready to receive thousands of pilgrims for the annual celebration of the feast of Our Lady of Guadalupe. 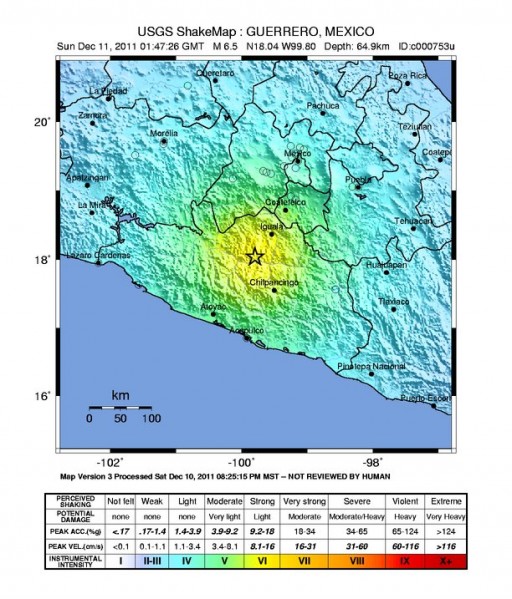 This is a subduction earthquake where an Oceanic plate glides below the North American plate.  The depth of 64 km is perfectly normal for this kind of earthquakes.

From such an earthquake, the shaking in the soft soil (clay basin) of Mexico City, can sometimes be amplified many times, and could be the reason why we have seen damaged buildings in Mexico City despite expected low ground accelerations due to the distance from the epicenter. Mexico City was built on a lake originally, and hence the soft alluvial soils that magnify ground motion.

The epicentral region has been hit by many earthquakes in the past 110 years according to CATDAT – here are just some of the damaging earthquakes within 100km of the epicenter. Chilpancingo has had damage on average every 30 years.

Check for more updates at EarthquakeReports