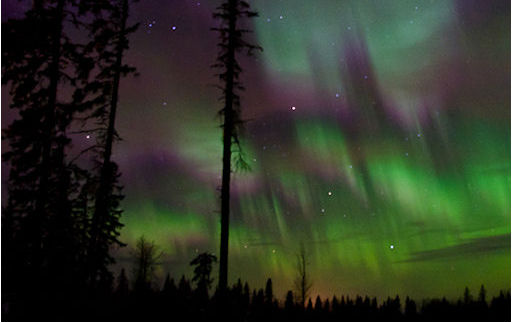 Officially, the odds of a geomagnetic storm on Nov. 24th were small but dedicated aurora watchers still had some opportunity to take some nice images of beautifull sky game. Auroras have been flickering around the Arctic Circle for several days. These displays are not caused by major solar activity. Instead, they are prompted by small magnetic fluctuations in the solar wind. The interplanetary magnetic field (IMF) near Earth tips south, partially cancelling Earth’s north-pointing magnetic field. Solar wind pours in, oh so briefly, to excite the Northern Lights. 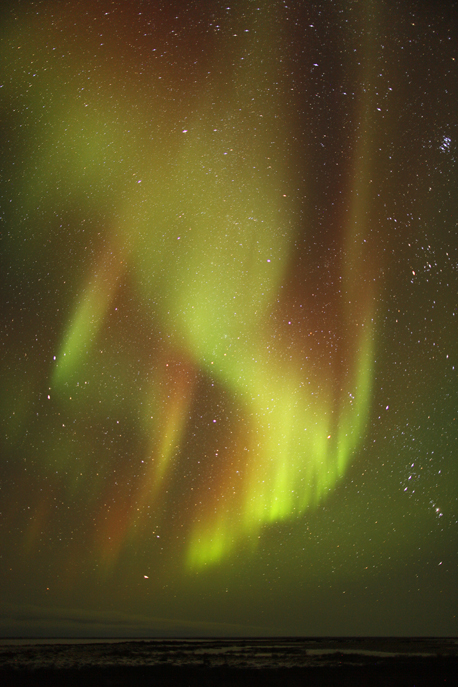 During solar minimum the Sun’s magnetic field, like Earth’s, resembles that of an iron bar magnet, with great closed loops near the equator and open field lines near the poles. Scientists call such a field a “dipole.” The Sun’s dipolar field is about as strong as a refrigerator magnet, or 50 gauss. Earth’s magnetic field is 100 times weaker.

During the years around solar maximum (2000 and 2001 are good examples) spots pepper the face of the Sun. Sunspots are places where intense magnetic loops – hundreds of times stronger than the ambient dipole field – poke through the photosphere. Sunspot magnetic fields overwhelm the underlying dipole; as a result, the Sun’s magnetic field near the surface of the star becomes tangled and complicated. 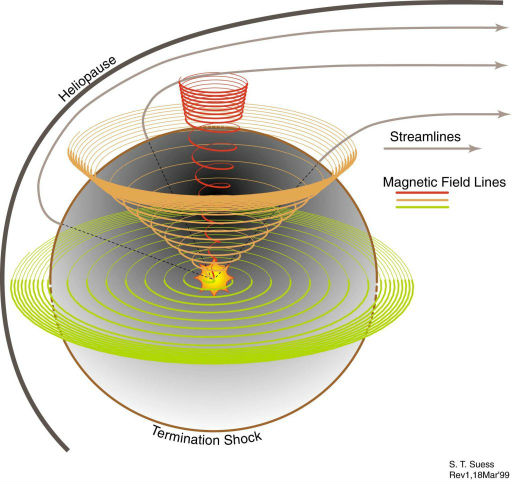 The Sun’s magnetic field isn’t confined to the immediate vicinity of our star. The solar wind carries it throughout the solar system. Out among the planets we call the Sun’s magnetic field the “Interplanetary Magnetic Field” or “IMF.” Because the Sun rotates (once every 27 days) the IMF has a spiral shape – named the “Parker spiral“ after the scientist who first described it. 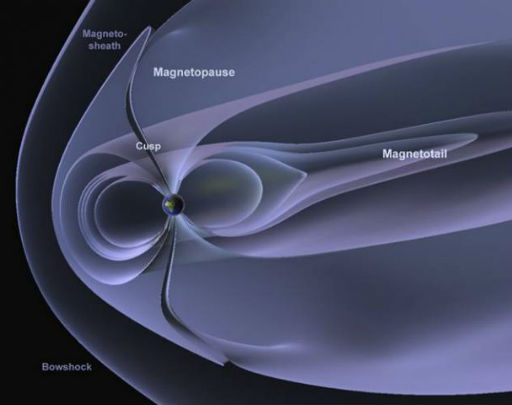 If the IMF points south – a condition scientists call “southward Bz” – then the IMF can partially cancel Earth’s magnetic field at the point of contact. When Bz is south the two fields link up. South-pointing Bz‘s open a door through which energy from the solar wind can reach Earth’s atmosphere! Southward Bz‘s often herald widespread auroras, triggered by solar wind gusts or coronal mass ejections that are able to inject energy into our planet’s magnetosphere. (SpaceWeather)