A geomagnetic sudden impulse measuring 22 nT was detected at 16:53 UTC by ground based magnetometers. Geomagnetic storm conditions have since subsided. 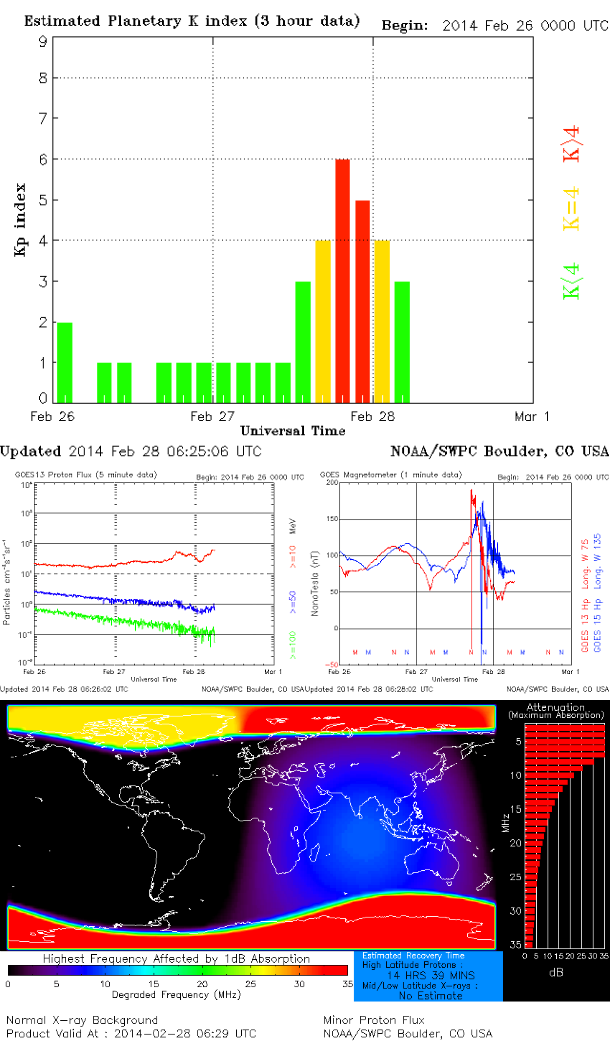 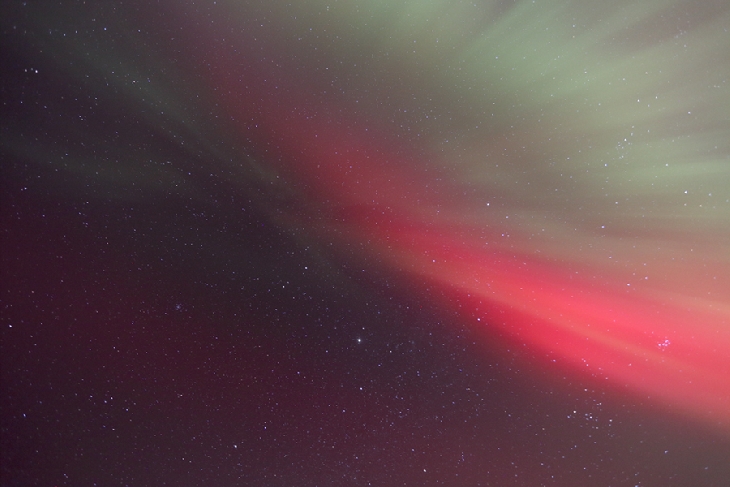 G2 (Moderate) Geomagnetic Storm sparked bright auroras over northern Europe, Greenland and Iceland. High-latitude sky watchers should remain alert for auroras as Earth moves through the wake of the CME. NOAA/SWPC forecasters estimate a 55% chance of resurgent storms on February 28, 2014.

This timelapse shows the aurora display over Swordale, Isle of Lewis, Scotland on February 27, 2014:

NOAA/SWPC forecasts solar activity is likely to be moderate (R1-R2 Minor-Moderate) during the next three days, with a chance for another X-class flare from Active Region 1990. Sunspot 1990 continues to harbor some magnetic complexity and further eruptions are certainly possible. There is 70 % chance of an M-class solar flare and 30 % of an X-class solar flare in the next 24 hours.