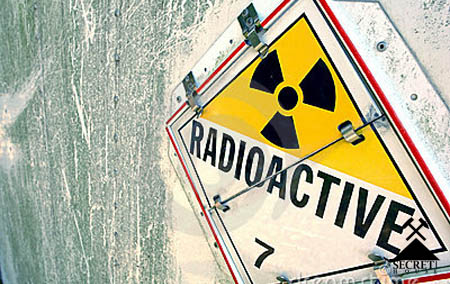 There has been a lot of disinformation regarding the Fukushima Nuclear disaster. It appears the government agencies of other nations cooperated with Japan while the international nuclear industry sided with TEPCO’s (Tokyo Electric Power Company) disinformation and denial campaign.

As Mike Adams noted in his April 5th, 2011 Natural News article on Fukushima, “The government is going to turn off the radiation detectors, raise the official EPA limits of radioactive exposure, urge Americans to avoid preparing for fallout, and then pretend absolutely nothing is wrong.”

Millisievert figures are tossed out by the media with little attention to explaining them. Millisieverts (mSv) are measurements of ionizing radiation absorbed by a human body. Geiger counters formally measured with Rems (Roentgen equivalent man) or millirems. The figures on Geiger counters now represent mSv units per hour. There is always a low level of measurable background radiation in our environment from celestial bodies and earthly elements.

Whenever Geiger counters measure more, there is concern. Putting concerns into perspective, smoking a pack and a half of cigarettes (tobacco leaves absorb radioactive isotopes) daily causes an annual exposure level of 13 mSv per year. A 5,000 mSv single dose creates 50% likelihood of death within a month. A single 10,000 mSv dose of radiation causes almost certain death within a month.

Chernobyl was a one reactor meltdown. Fukushima had three reactors that melted down. Chernobyl was land locked in a relatively desolate area. The heaviest radiation was in the sparsely inhabited area near the plant, although air currents contaminated Northern Europe and Western Russia as well.

Fukushima is the small densely populated island of Japan. It seems there are going to be more cancer victims and food contamination with this disaster than Chernobyl’s. The Fukushima plants are on the Pacific Ocean coast.
Millions of gallons of contaminated water are being dumped into the Pacific in addition to radiation particles floating on air streams. So ocean currents are assisting air currents, exposing the world to excessive radiation.

Sea life is getting contaminated as well. The most dangerous radiation comes from radioactive particles ingested with contaminated foods. It only takes a few ingested particles to create intense health issues or death. Seems wise to avoid northern Pacific Seafood and Japanese Teas from your diet for the near future.

The easiest sign of food chain contamination comes from high radiation readings on milk. And what little data has leaked from normally scheduled testing across the United States has shown increased radioactivity in water and milk. But the USDA is not testing organic milk since that’s not part or their job description. Raw milk is another issue. There should be even more concern over Japan’s food exports, especially tea.

Before the actual extent of Japan’s crisis became evident, Chris Busby, a professor at the University of Ulster weighed in with a realistic early warning.“Fukushima is still boiling its radionuclides all over Japan,” he said. “Chernobyl went up in one go and Fukushima is worse.”

Other experts noted the futility of watering down the reactors from outside and above, which was an early attempt to cool down the reactors. The cooling has to occur inside, the way radiator coolant cools auto engines. Internal reactor cooling requires pumping water generated by electric pumps. And electricity hasn’t been available there. Many experts have questioned why thesarcophagussolution was not employed or even considered.

Sarcophagus means stone tomb in Russian. The Russians devised this solution almost immediately after Chernobyl’s meltdown. It took several months to implement. But they got it done, thus restricting more emissions in the immediate area and throughout Western Russia and Northern Europe.

Those living nearby Chernobyl were exposed to 450 mSv over several days. This level of exposure is sufficient to cause cancer for many within their lifetimes. Nevertheless, nearby residents were evacuated as soon as possible.
It seems Fukushima evacuation planners dragged their feet with a smaller area of no return than Chernobyl’s restricted area. What kind of measurements were occurring in Fukushima by the time the Japanese government and TEPCO finally admitted that their situation was worse than originally reported?

That’s difficult to answer because of the denial and disinformation during the early stages of this disaster. But it’s apparent that the zone of intense radiation involves more inhabitants in Japan than Chernobyl ever did. A nearby Japanese university has tested soil samples in the area and discovered the radioactive contamination is deeper and higher than originally anticipated.

One thing is for certain. The Fukushima radioactive leaks will continue at high amounts longer than Chernobyl did. Fukushima’s radioactive fallout will be affecting more people, crops, and of course sea life than Chernobyl’s disaster caused. But just like the Gulf BP oil disaster, we won’t be able to count on accurate mainstream media information or government intervention to minimize the damage.