Tropical Storm 08W, to be known as Ma-on, will strengthen to a serious typhoon over the western Pacific Ocean by the end of the week.

Tuesday morning, EDT, the center of Tropical Storm 08W was located more than 700 miles northeast of Guam, tracking westward between 10 and 15 mph, according to the Joint Typhoon Warning Center (JTWC).

Ma-on, still a minimal tropical storm with 40-mph highest winds, will intensify significantly through the coming weekend, culminating in a strong typhoon over the northern Philippines Sea well south of mainland Japan.

Only small, sparsely settled islands would feel the direct effects of this storm before the end of the week. However, it could veer northward to strike southwestern Japan and southern Korea with flooding rain and destructive winds early next week. 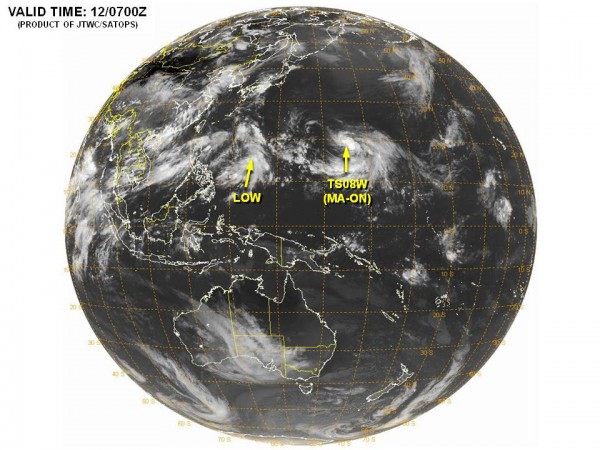