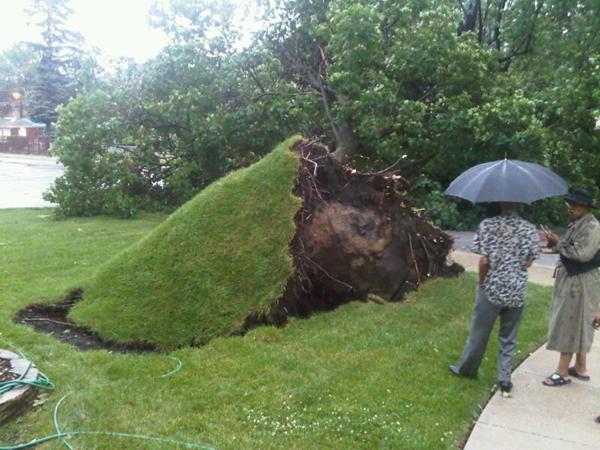 A derecho (from the Spanish adverb for “straight”) is a long-lived windstorm that forms in a straight line — unlike the swirling winds of a tornado — and is associated with what’s known as a bow echo, a line of severe thunderstorms. The term “derecho” was first used over a century ago to describe a storm in Iowa. Across the United States, there are generally one to three derecho events each year. 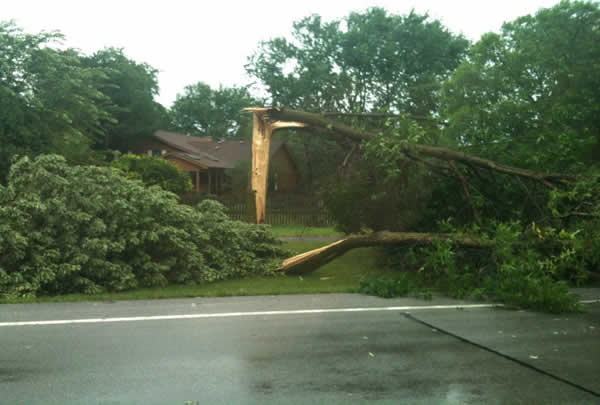 The Midwest derecho has wind gusts between 97 to 129 kph (60 and 80 mph), according to the Weather Channel. Iowa, Wisconsin, Michigan and Illinois have all reported severe winds. These severe winds are the main cause of damage from the storm. With any long-lived storm, there is also the threat of lightning and heavy rain. 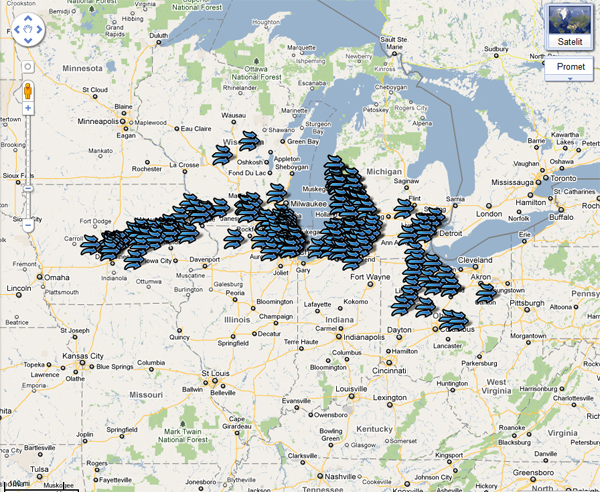 Tornadoes are not any more likely during a derecho. Still, the National Weather Service issued a tornado warning for parts of southwest Michigan. Dangerous rain-wrapped tornadoes could shoot down from the squall line, said the NWS. As their name suggests, rain-wrapped tornadoes are shrouded from view by pouring rains, making them even more potentially dangerous for their ability to surprise.

A derecho is not the worst of the windstorms, however. On May 8, 2009, a rare windstorm that swept across Kansas, Missouriand Illinois was in a league of its own. An intense vortex and eyelike structure similar to what forms at the center of tropical storms and hurricanes appeared in the bow echo. The storm was so severe that it earned a brand-new name: super derecho.

The super derecho gained strength as it moved across Kansas in the early morning, spinning off 18 tornadoes and packing wind speeds from 70 to 90 mph (115 to 145 kph) when it hit Springfield, Mo. The super derecho plowed a path of destruction through the state about 100 miles (62 kilometers) wide, crossed the Mississippi River with 90 to 100 mph (145 to 160 kph) wind gusts and blew through Illinois before dissipating at that state’s eastern border. (OurAmazingPlanet)