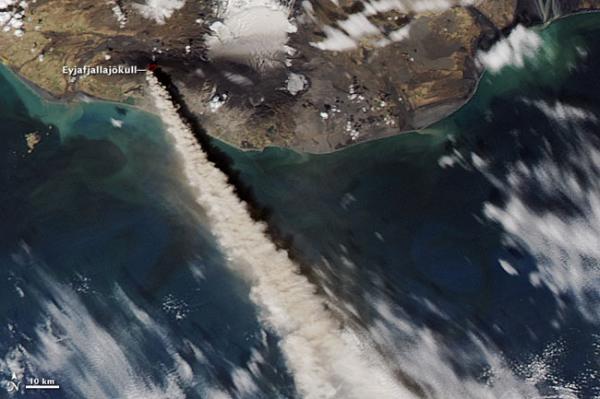 To help tease out the influence of volcanoes on global climate, researchers investigated the huge eruption of the Eyjafjallajökull volcano in Iceland on March 20, 2010. They monitored the volcano’s enormous plume, which spread all over Europe, from a research station in France.

If sulfuric acid particles become large enough, they can behave as seeds for cloud formation. Clouds, in turn, can alter the amount and type of precipitation an area receives.

The atmospheric data the researchers collected during the Eyjafjallajökull eruption suggest that volcanic eruptions can release up to 100 million times more ash particles than thought. In addition, seeding particles can form at lower altitudes and farther distances from volcanoes than past studies had suggested. Most previous studies did not properly account for low-altitude impacts of volcanoes.

The findings, detailed online today (July 11) in the journal Proceedings of the National Academy of Sciences, point to the potentially broader climate influence that volcanoes could have. (OurAmazingPlanet)