Using ship-borne sea-floor mapping technology during research cruises onboard the RRS James Clark Ross, the scientists found 12 volcanoes beneath the sea surface -  some up to 3km high. They found 5km diameter craters left by collapsing volcanoes and 7 active volcanoes visible above the sea as a chain of islands. 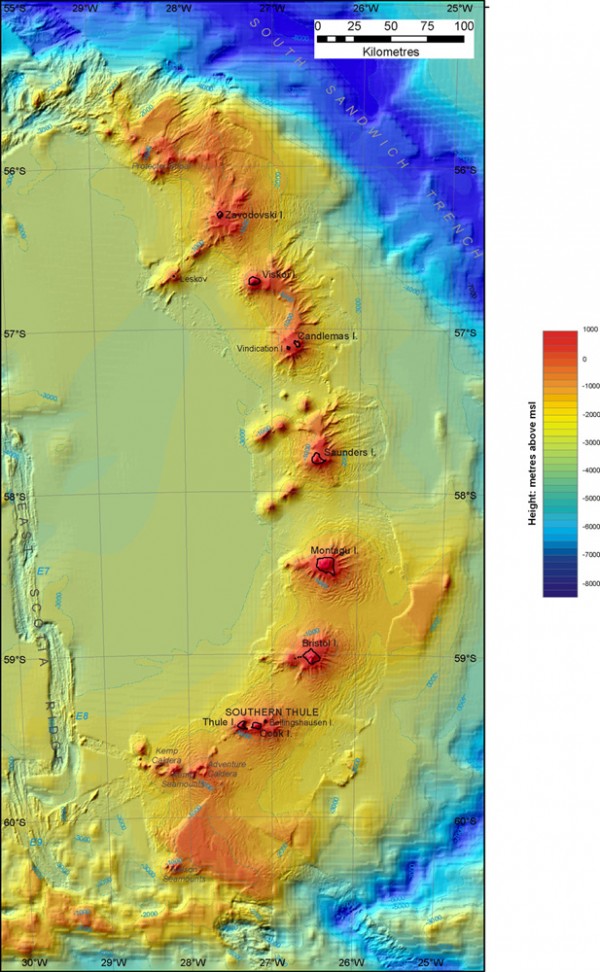 The research is important also for understanding what happens when volcanoes erupt or collapse underwater and their potential for creating serious hazards such as tsunamis. Also this sub-sea landscape, with its waters warmed by volcanic activity creates a rich habitat for many species of wildlife and adds valuable new insight about life on earth.

Speaking at the International Symposium on Antarctic Earth Sciences in Edinburgh Dr Phil Leat from British Antarctic Survey said, "There is so much that we don't understand about volcanic activity beneath the sea -- it's likely that volcanoes are erupting or collapsing all the time. The technologies that scientists can now use from ships not only give us an opportunity to piece together the story of the evolution of our earth, but they also help shed new light on the development of natural events that pose hazards for people living in more populated regions on the planet." (BAS)