Large and heavy hail storm hit the peripheral parts of Krapina-Zagorje county, Croatia along the border with Slovenia. The most difficult situation was in the municipality Kraljevac na Sutli on the neighborhoods Kackovec, Movrač, Movrač and Kapelski Top. Hail and strong winds knocked trees into several houses and outbuildings and tore down electricity poles so the whole region is currently without electricity. All agricultural crops, especially continuous vineyards, orchards and fields with corn are completely destroyed. 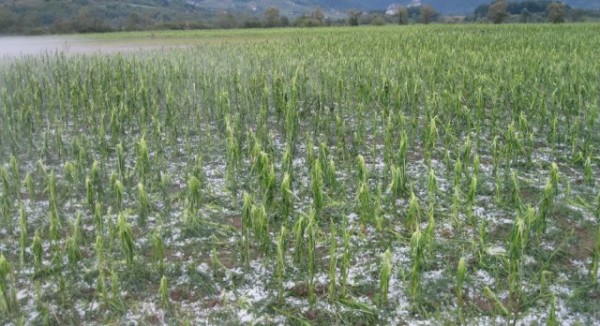 ''Damage to agricultural crops is a hundred percent, many roads are congested. We booted all firefighters from six of our societies, and are now removing trees from houses, barns and roads,'' said Anton Hrelja, mayor of Kraljevac na Sutli. 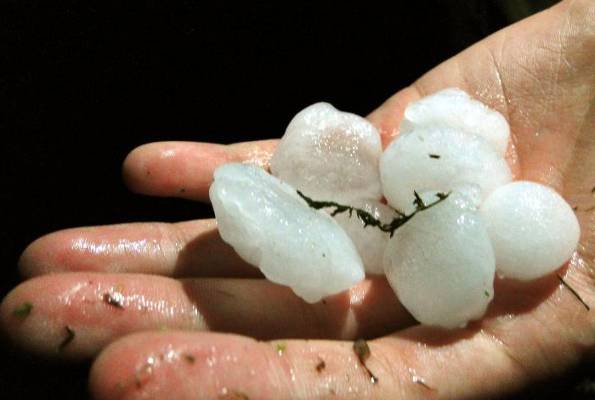 The past few days by their intensity are exceptional and belongs to the warmest period of five percent over the past 100 years. Hot and very hot weather will continue until the end of the week, a new peak of heat is expected on Thursday when temperatures will again reach and perhaps exceed 37 degrees Celsius. (Dnevnik.hr)

Obsotelje Kozjansko area was hit again yesterday evening storm with hailstorm. According to preliminary data, the peasants lost all yield – enormous damage was caused to the buildings and infrastructure, some road sections are completely destroyed and impassable. Hail storm hit two-thirds of the county. Strong wind damaged many roofs. This time, the hail destroyed crops and crops in vineyards and orchards. (Delo) 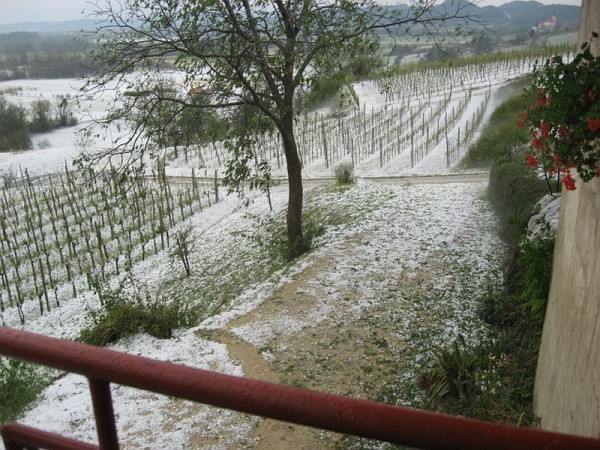 Mayor of Brežice Ivan Molan said that the situation on the ground is really shocking. He added that probably the entire year's crop growers lost. The damage is big on facilities and infrastructure. In his opinion the most difficult for viticulture and other farming. Material damage is estimated at around 400,000 Euros.
Elderly people say such storm never hit the region before.