An anomalous and historic December derecho, a windstorm associated with an unusually strong and fast-moving line of thunderstorms, swept from the U.S. Southwest to the Upper Midwest on December 15, 2021, traveling roughly 1 060 km (660 miles) in just over 10 hours.

The derecho was spawned by the interaction of a deep-low pressure system over the Northern High Plains and a high-pressure system to the west. This created a tight pressure gradient over the Rocky Mountains that generated fierce winds.1 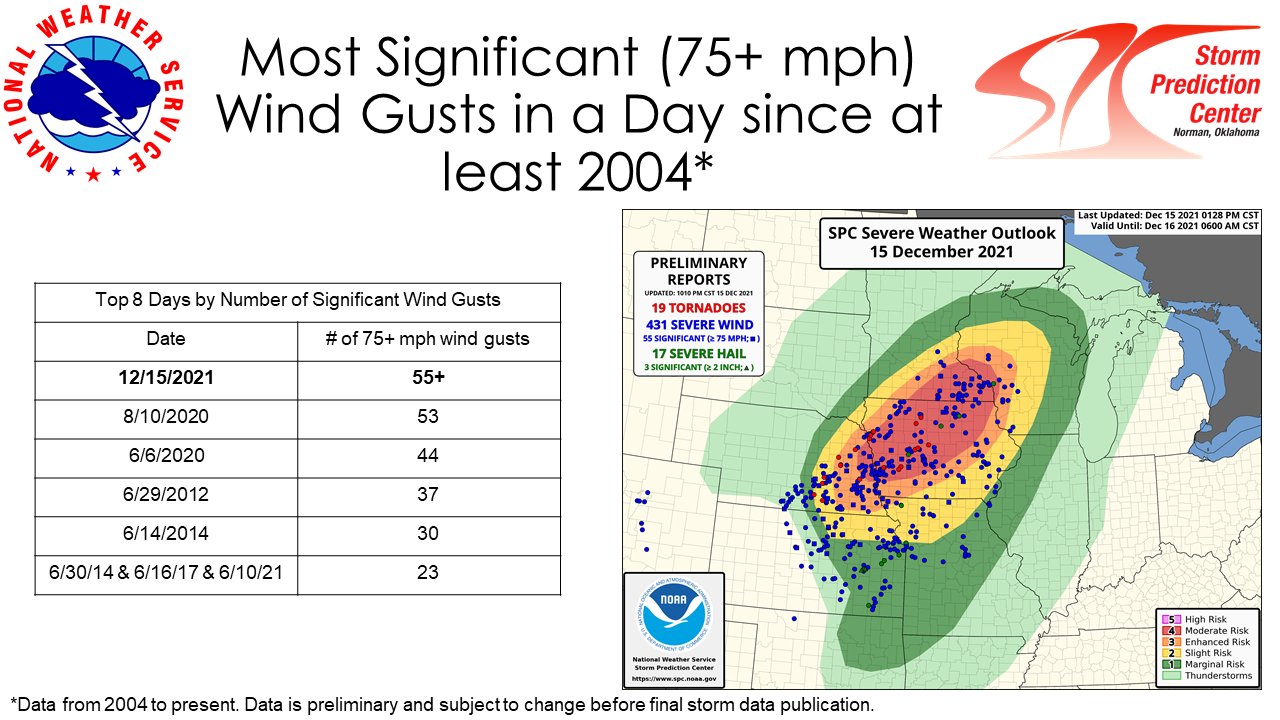 This event generated at least 55 hurricane-force gusts (those exceeding 120 km/h / 75 mph), breaking the previous one-day record of 53 set on August 10, 2020. The tracking began in 2004 and all previous records were set during the summer months.

Wind gusts exceeded 160 km/h (100 mph) in Colorado and dust storms swirled in the southeastern part of the state and in western Kansas.2

The animation above shows the evolution of the storm front and wind field between 00:00 UTC on December 15 to 09:00 UTC on December 16, 2021. The strongest winds appear bright yellow to white; more moderate winds (still gale-force) are shades of orange and bright purple. (35 meters per second equals roughly 130 km/h / 80 mph).

Ahead of the front, parts of the Southern Plains into the Upper Midwest saw record-breaking warm temperatures, with Wisconsin and Iowa recording temperatures above 21 °C (70 °F). 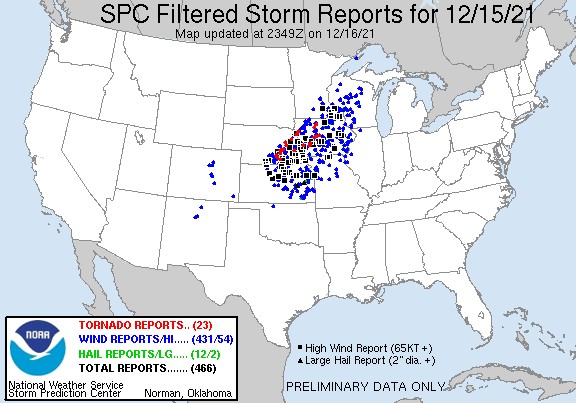 "To have this number of damaging wind storms at one time would be unusual any time of year. But to have this happen in December is really abnormal," said NWS meteorologist Brian Barjenbruch.

A 65-year-old man was killed in southeastern Minnesota when a 12 m (40 feet) high tree blew onto him outside his home. Dust storm in southwestern Kansas led to two separate crashes that killed 3 people, and in eastern Iowa, a semitrailer was struck by high winds and rolled onto its side, killing the driver.4

The event comes just a few days after a violent tornado outbreak in Arkansas, Missouri, Tennessee, Illinois and Kentucky, in which at least 100 people lost their lives.5