Up to 5.6 million ha (14 million acres) of crops in Iowa have been battered a powerful derecho that struck parts of the Midwest on August 10, 2020. Northern Illinois University meteorology professor Victor Gensini considers it as one of the worst weather events of 2020 for the country.

A powerful line of severe thunderstorms known as a "Derecho" tracked across eastern Iowa and northwest Illinois on the afternoon of Monday, August 10, 2020, producing widespread straight line wind damage. A swath of damage from Benton County, through portions of Linn, Jones, Cedar, and Clinton Counties, is consistent with intermittent straight line winds in the 160 –  210 km/h (100 – 130 mph) range, NWS said.

Maximum estimated winds were around 225 km/h (140 mph), which caused extensive damage to an apartment complex in southwest Cedar Rapids, IA. Straight line winds of this magnitude are equivalent to an EF-3 tornado.

The storm exacerbated the situation for farmers as Iowa is already experiencing its most widespread drought since September 2013.

Dr. Charles Hurburgh, an expert in corn grain quality at Iowa State University's Extension and Outreach, said the crop damage is likely the biggest one he has ever seen.

"Largest area of coverage of multiple problems that I've ever seen and that's what makes it more of a challenge."

Secretary @MikeNaigIA visited with several farmers and agronomists in Dallas County this morning to observe how drought and the derecho has led to significant impacts on crop quality and harvestability. #IowaAg pic.twitter.com/W3D3SjtyQh

Hail, derecho and drought have all taken a toll on crop conditions in Guthrie County and others counties across Iowa. Resources for farmers are available at https://t.co/beYOt0CUtu. #IowaAg pic.twitter.com/4asL3If9Og

Thinking about those in the farming community tonight. This is just a sampling of many cornfields across Iowa after the derecho moved through today. Absolutely devastating. #IAwx pic.twitter.com/PDwhNJUD7L

Hurburgh recommended farmers to check their crops for mold or other toxins. Some of the damaged grain may be used for feed while keeping the bad grains out of the market. This year's total crop damage is yet to be identified until harvest is completed.

NASA shared satellite images of the destruction that was so extensive that it was seen from space.

The Operational Land Imager (OLI) on Landsat 8 captured an image of fields around Marshalltown the day after the storm. For comparison, NASA provided an image of the same area taken on July 10, 2020. 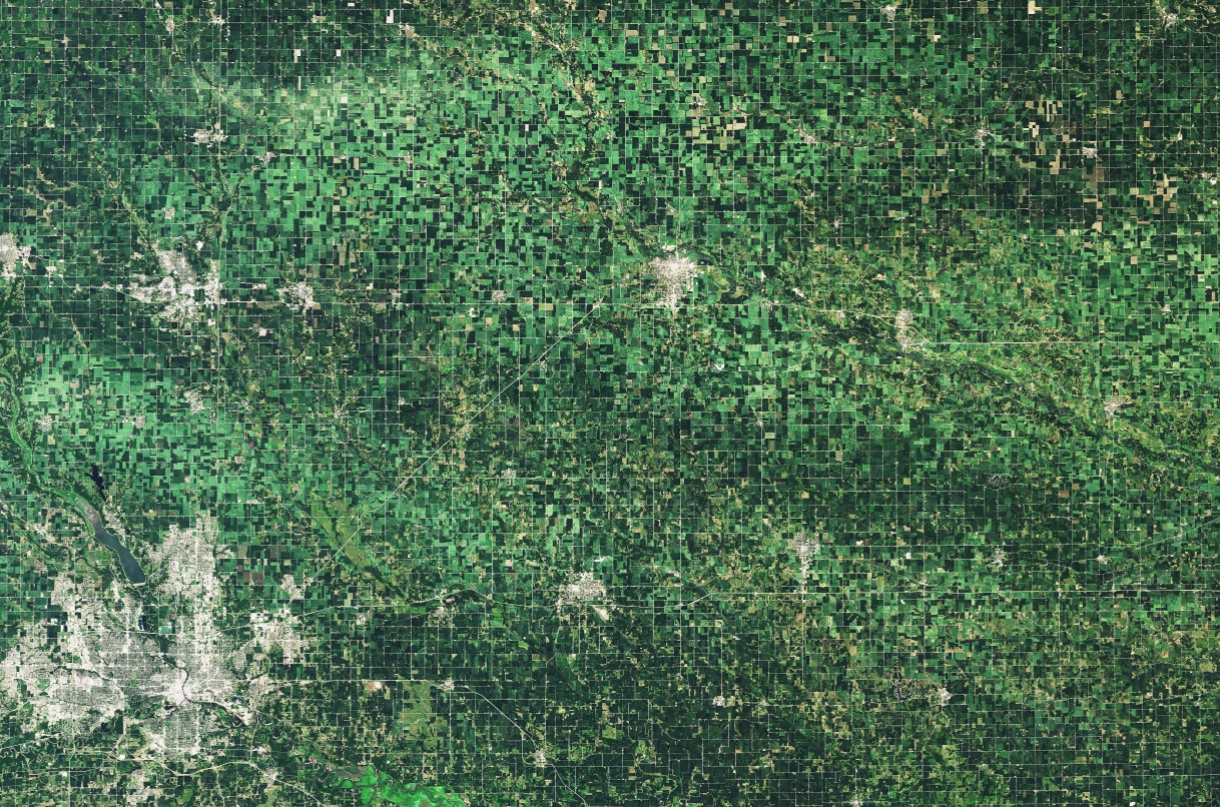 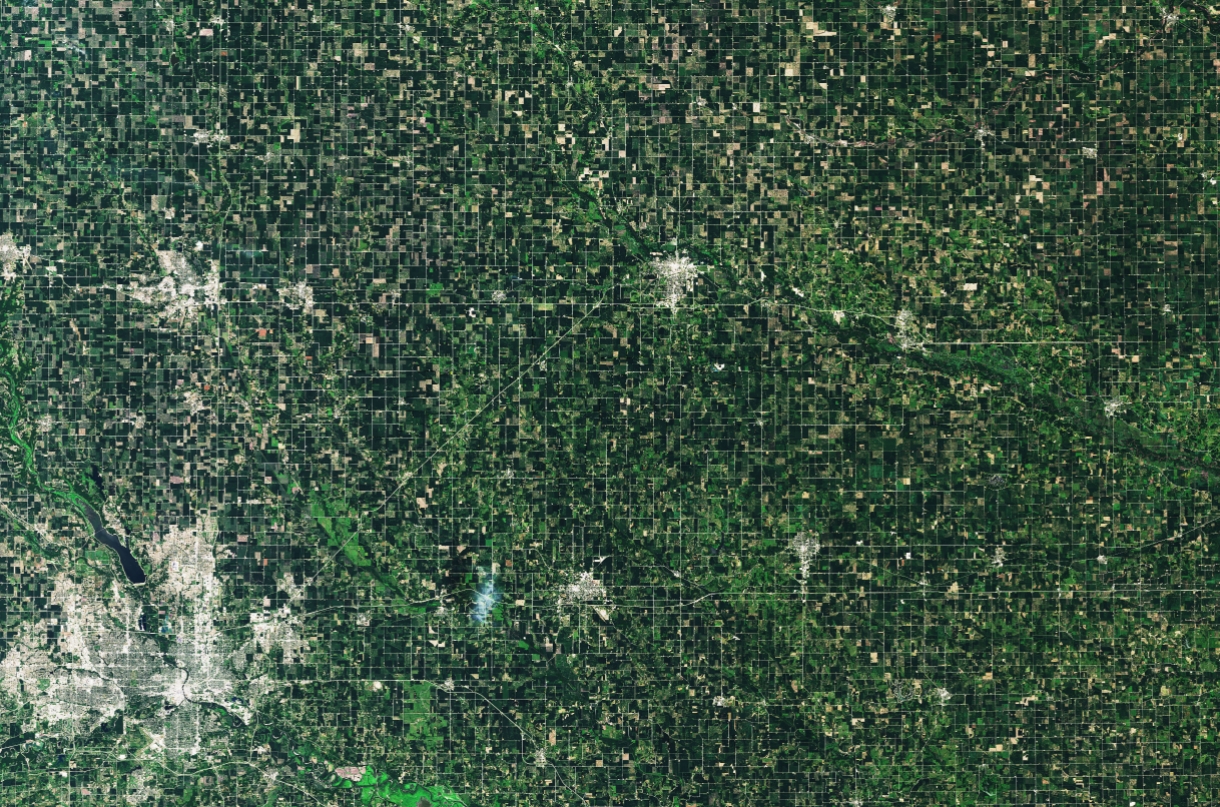 "While large hail can quickly strip stalks and pulverize corn and soybean plants– leaving dark brown stripes across rural landscapes– much of the damage in August 2020 was caused by fierce winds that toppled stalks that were already heavy with maturing corn husks," stated Christopher Schultz, a NASA Marshall Space Flight Center meteorologist.

"This is by no means the first time the Midwest has seen severe thunderstorms cause crop damage, but the vast extent of the damage here really stands out," added Jordan Bell, a NASA Marshall researcher.

A derecho of this intensity is a roughly once-in-a-decade occurrence in this region, NWS said, adding that other notable Derechos occurred in 1998 and 2011.

What is unique about this event, making it even more extreme, is the long duration of the high winds. Many locations experienced sustained high winds and damaging gusts for 30 to 45 minutes. One storm-related fatality has been reported so far in the NWS Quad Cities area of responsibility. The Linn County Sheriff's Department reports a bicyclist died after being struck by a falling tree. There were numerous injuries reported, especially in the Cedar Rapids area.

Storms initially developed in northern Nebraska and southeast South Dakota early in the morning and quickly intensified as they moved eastward into Iowa. Storms quickly became severe in western Iowa and produced damaging winds near and around the Des Moines metro.

At this point, storms began to tap into an extremely unstable environment, and began producing more widespread wind damage as they tracked through eastern Iowa.